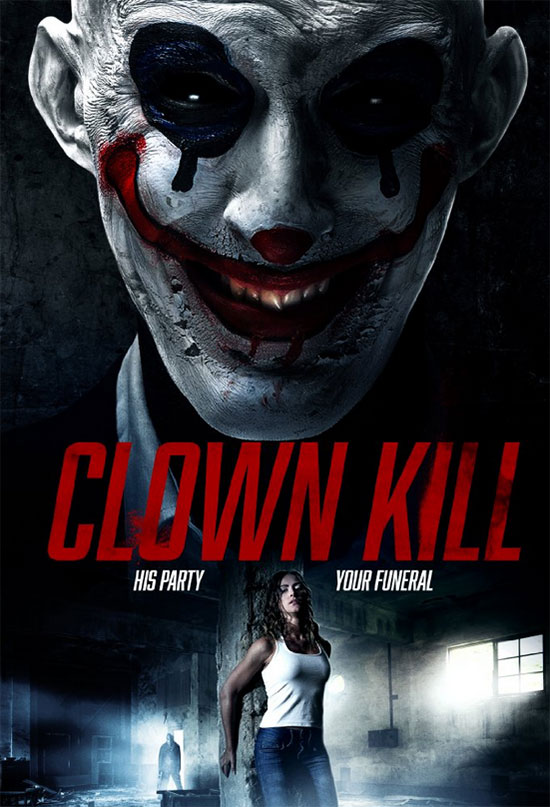 Locked in an office block with a sadistic clown, the staff must try to escape before being raped and murdered.

Until I slogged through Clown Kill (also known as Lock In), my least favorite clown-themed film this year had been director Aaron Mirtes’ Clowntergeist. That film, which featured a weak protagonist and overlong, action-less scenes, has easily been usurped by Clown Kill, writer/director Mark J. Howard’s misogynistic attempt at a fun slasher romp that alternates between depictions of inept office management and sexual harassment with the deftness of a blind cow on a tightrope. 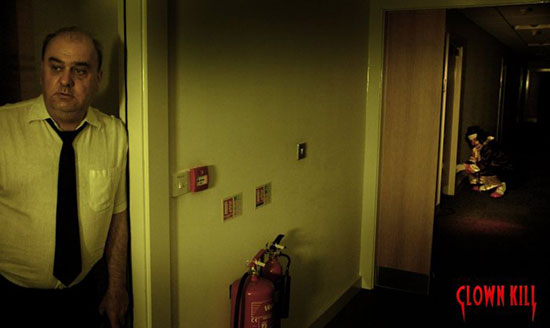 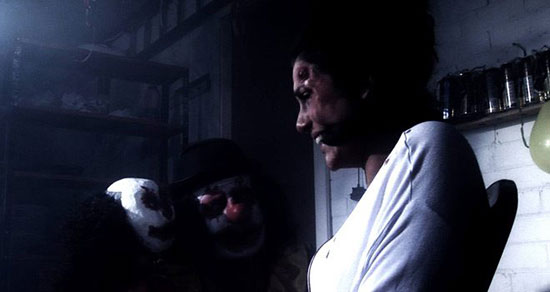 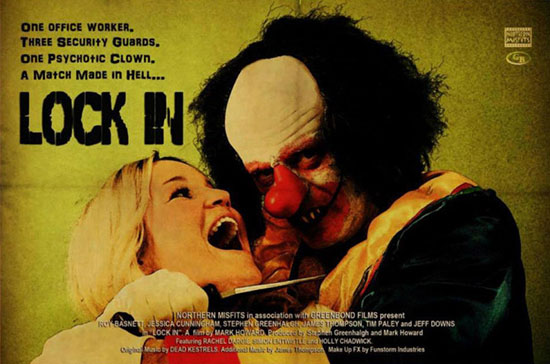 The film’s script alone is worthy of being titled the worst kind of cinematic mistake for its assumption that bad things happening to women can innately be translated to scary, rather than just mean spirited. Clown Kill opens with protagonist Jenny (played by the often unintelligible UK reality TV contestant Jessica Cunningham) being drugged and raped in a bar restroom by—you guessed it—a clown. On what planet does one need to be raped by a dirty guy in makeup to be afraid of clowns? They are universally terrifying by their very existence, but Howard seems to think otherwise, and provides a flimsy motivation with this opening number. Even those hoping to sate some strange and horrible clown-rape fantasy will be disappointed, as the scene and film as a whole hosts zero titillation value (not even a revealing outfit, all you fans of voyeurism). Despite having a shower scene later on, and having Jenny be leered at by almost every male character, she is never in the slightest sense portrayed with sexuality. This would be perfectly fine, even commendable, in a serious film, but Clown Kill is as serious as a shark with a machinegun.

Shortly after being raped, Jenny—who is annoyingly bad at her job, despite claiming otherwise (she doesn’t even do it)—is groped by a disfigured ex-con janitor, reamed out by a nasty sexual-predator boss, and bloodily punched in the face by the aforementioned janitor for getting him fired. This last bit is followed by a coworker wisely advising jenny to sue, but no—that’s silly, it seems, for laws don’t exist in the UK of Clown Kill. Neither does continuity, consistent film lighting, white balance, sound mastering, camera focus, or logical actions.

The audio is, even among the realms of ultra-low budget indie films, particularly reprehensible. The first half of the film—which contains zero clown-kills, I might add—has people’s mouths moving without dialogue, deafening room-tone that sounds like it was recorded in a toilet bowl and drowns out every line, and actors who run their adlibbed lines together, very likely never having received a script to start with. The video is just more of this in visual form, with different shots of the same scene featuring radically different lighting in both brightness and color, nauseating handi-cam, and ugly backdrops. To Howard’s credit, there are some interesting visual choices yanked from other films—the slow-motion, blood-spewing punch scenes, and the nonsensical stop-motion puppet that shows up for five seconds—but none achieve any success other than momentarily confusing the viewer with their stark contrast against the rest of the film. 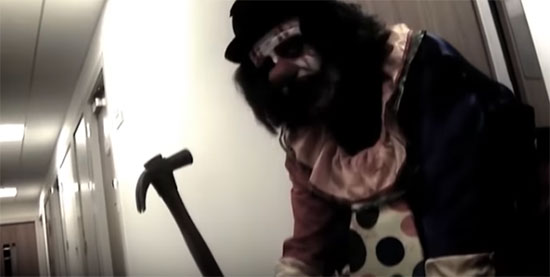 The best acting comes from the three security guards, who also provide the only (very few) bits of successful comedy relief. Played by James Thompson, Tim Paley (Diary of a Bad Lad), and Jeff Downs, these bumbling idiots’ pub-talk seems genuine, and is among the less woman-abusing in the film. Their death scenes are pedestrian and poorly shot, however, and with their removal two-thirds of the way through the film, there remains no slight inclination for the casual viewer to pursue the movie further. Jenny, our former lead, spends the second half of the movie kneeling in dark rooms for no clear reason, then drinking acid-laced water that the killer has actually told her is laced with acid! Ignoring that acid isn’t going to have the effect portrayed in the film, the sheer disregard for this direct warning shown by Jenny had me rooting for her swift demise.

Well, that’s it, you may be thinking. The above mangling of storytelling and technical competency is all this film has to offer. Wrong, I tell you! Clown Kill surprised me even further by the inclusion of that most derided of filmic endings, the kind that no movie in the history of time has effectively pulled off. 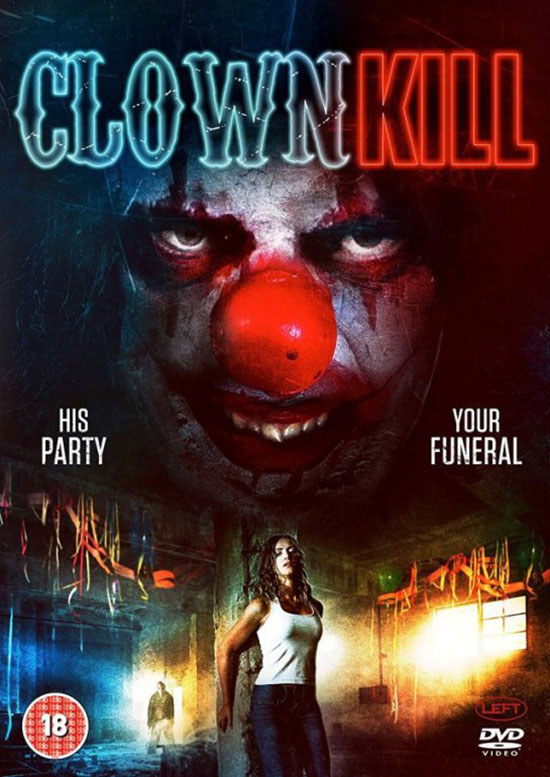 No, this isn’t a spoiler, because something needs to be good in order to be spoiled. And, to be fair, not all of the movie was a dream—the rape was real, so it’s all worth it, right? No? Perhaps the ending scene’s promise of more rape, would that make you intrigued? Truly, I don’t imagine that Howard intended to create a film so needlessly nasty towards the fairer sex, but intent doesn’t alter the result. Clown Kill is an ugly, badly made, and incoherent film, with an overarching theme of female misfortune presented as entertainment. Plenty of horror and sexploitation films have used this same theme, but their intent to horrify and titillate are clear—Clown Kill’s is not, and that is its greatest downfall.