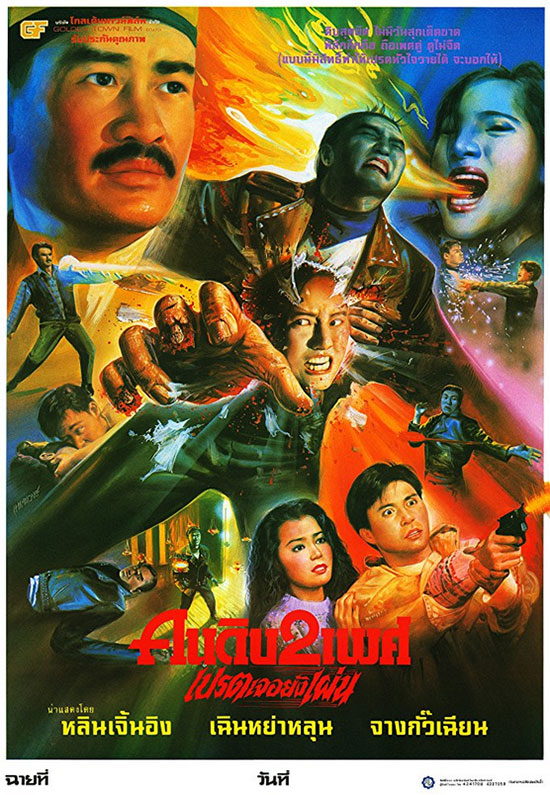 A sorcerers’ cult resurrects two of their slain members as one dual-sexed monster, who will achieve ultimate invincibility and strength if it is allowed to eat the brain of a female virgin born during a spiritual time.

Hong Kong fantasy-action sex-comedy The Wizard’s Curse is directed by Cheung-Yan Yuen, whose previous works include Kung Fu Hero and The Tai Chi Master and written by the extremely prolific Jing Wong (Legend of the Red Dragon, Once Upon a Time in Shanghai). The film opens very abruptly, as the police investigate and attempt to ensnare a pair of robbers (portrayed by Man Wah Tsui and Billy Chow) who are rumoured to be well-versed in sorcery and black magic. This rumour has spread because each time they are nearly apprehended by the police, they manage to miraculously escape. That, and they often decorate their hiding spots with magical symbols – that tends to be a tip-off. 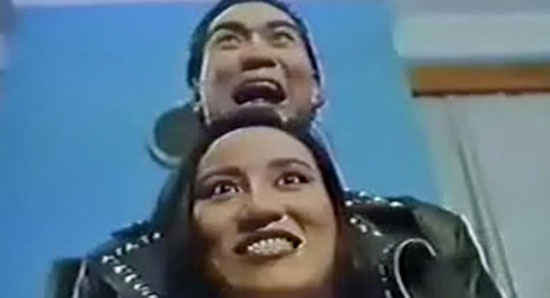 As a veritable army of officers swarms their location, the male and female robbers (definitely not your run-of-the-mill Bonnie and Clyde type) use some very sexually suggestive magic to transport themselves out of harm’s way …  but they don’t quite make it. As it happens, the police have another magic user on their side, a Taoist priest named Lin (Ching-Ying Lam, Heart of Dragon and Eastern Condors), who has a few tricks of his own up his (very baggy and yellow) sleeve – including bullets soaked in the mystical blood of a black dog. Though the canine-anointed bullets do the job, the corpses of the two criminals are swiftly stolen by their sorcerer’s cult, who use black magic to resurrect the two as the “Terrific Vampire”; a single, invincible, dual-sexed(-and-faced) entity (using the sperm of 99 satyrs and “the blood collected from 99 bitches’ periods”, according to the subtitles).

In order for the new entity to achieve its highest level of power and become truly indestructible, it has to locate and eat the brain of a special female virgin (because of course it does).

That special virgin? She turns out to be none other than the priest’s daughter, Dr. Lin, played by Ellen Chan (Exiled). Looks as though his magical powers are really going to come in handy! (Not to mention the fact that her “spiritual saliva” apparently has the power to repel evil – and you’d better believe that this comes into play after the first act.)

With the Hong Kong police completely helpless to protect even themselves against the leather-clad Terrific Vampire, Dr. Lin and an inept detective (a hilarious Kwok Keung Cheung) must work together to save her brain from becoming a demon’s lunch – and triggering the end of the world itself. Along the way, the two team up with Mrs. Lin (Mimi Chu in a charmingly comic turn), a woman who has her own magical abilities and suspicions about her daughter’s alleged virginity. 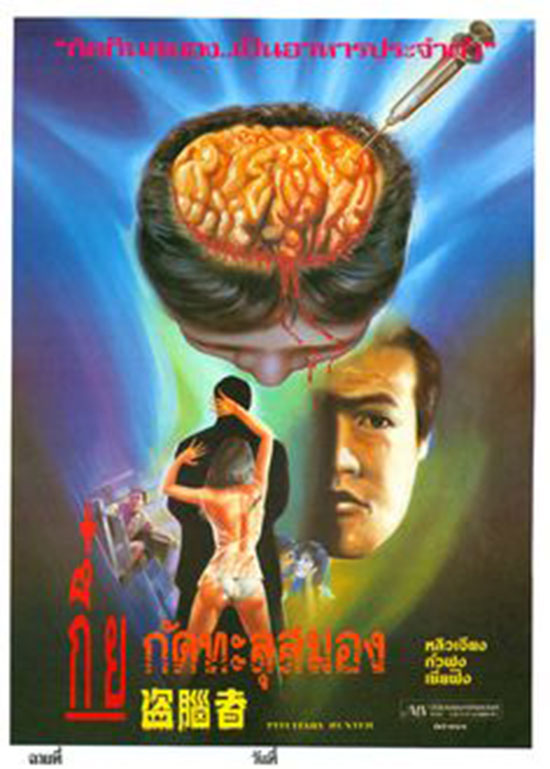 The Wizard’s Curse is a silly fantasy adventure that uses some clever camera work and effects to portray the dual-bodied evil-doer. The fighting scenes contain a lot of martial arts, cheesy gun fights, and early special effects, including a glowing, neon phallus. The film includes some villain POV shots, which are pretty fun when the villain is using invisible magical powers to attack their victims. 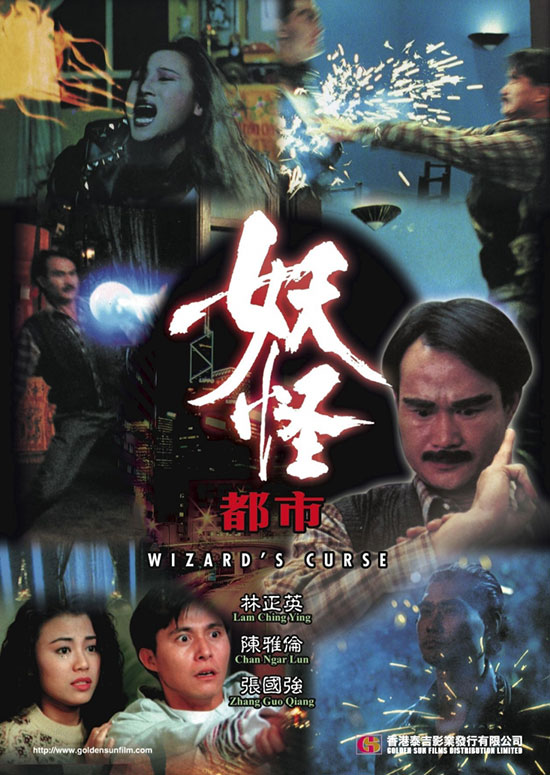 Some of the humour is incredibly juvenile, as when an embarrassed male patient frets about having to have his damaged penis examined by Dr. Lin, or when the villains and Taoist Priest Lin argue over which of them should eat feces. The comedy, while low-brow and often slapsticky, is effective enough, particularly in the side-plot regarding the animosity between Lin and his daughter’s hapless would-be boyfriend and voyeuristic pervert, Julian (Charlie Cho). The priest’s well-executed and poetic revenge against Julian’s peeping tom antics is particularly satisfying.

The Wizard’s Curse is a ridiculous, improbable, and ultimately enjoyable romp that is easily digested (if just as easily forgotten).