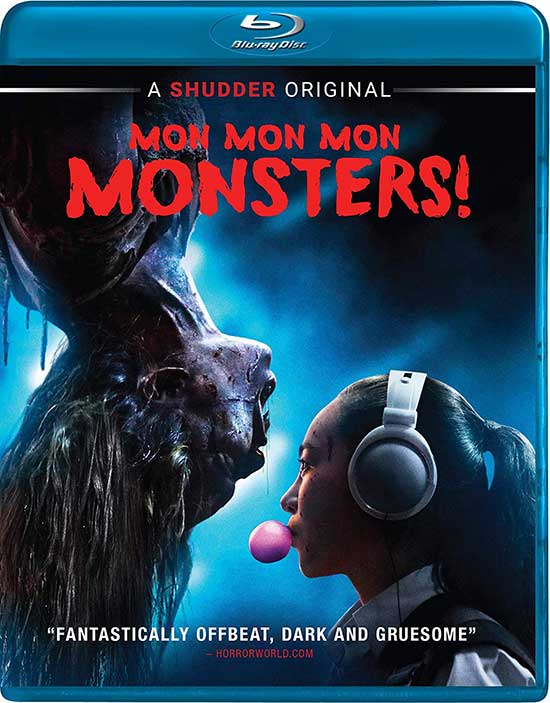 A group of teenagers capture a man-eating monster.

From the writer-director Giddens Ko comes a pitch-dark horror comedy about monsters of various form.

I only call Mon Mon Mon Monsters a comedy because that is the way it has been sold and advertised. Looking at the promo images you get a sense of a possibly bloody, but at the same time definitely silly, teen comedy.  Perhaps something along the lines of Cabin in the Woods, where unsuspecting students get more than they bargained for. Something with a lot of bloodshed but still enough humour to keep things light.  Well let me tell you that, that is absolutely not what you get here, as Mon Mon Mon Monsters delivers something altogether darker.

In the centre of the story is a straight A student Lin (Yu-Kai Teng). While things certainly go Lin’s way academically, the same cannot be said about his social life, as he is ruthlessly bullied by pretty much everyone in his class. When a group of particularly nasty bullies decide to frame him for stealing the class funds, Lin, alongside his tormentors end up being punished for the deed collectively by being put to work helping the elderly. This task, as one might guess, does not go down so well with the young hoodlums and instead of offering any assistance, the group harass the elderly with the same vigour they do Lin, only difference being that this time Lin, much to his horror and delight, finds himself included in the torturing process. Things really take turn for the obnoxious when the group decide to return to the building in the dead of night in order to rob some of its residents. However, instead of wartime treasures, what they find is a real-life man-eating monster (Lin Pei-hsin), and after an unfortunate run-in with a speeding car and a shovel, the group decide to take the unconscious beast with them in order to avoid getting into (more) trouble. 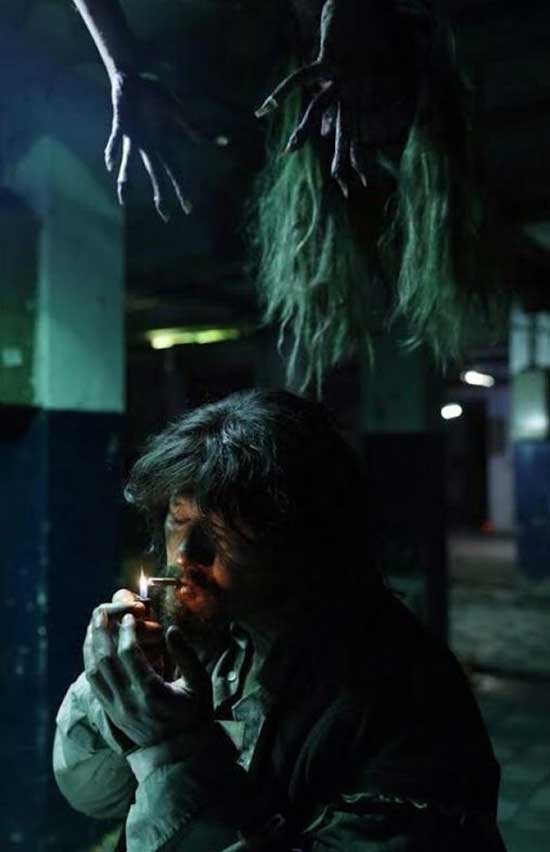 With a new, supernatural victim with powers of regeneration to torture, the bullies revel in this unique opportunity for cruelty. The leader of the gang, Ren-Hao (Kent Tsai) is especially keen on inflicting disgusting horrors on his victim, using the fact that she is not a human as an excuse for his extreme behaviour. Even Lin, now fully part of the gang, finds himself taking part in the vile merrymaking, though secretly telling their helpless victim and himself that he is merely participating so he himself won’t get hurt. However, what this group of delinquents have failed to realise is that the monster they have captured is not one of a kind and while this unseemly hostage drama is unfolding, the creature’s older sister (Eugenie Liu) is feverishly trying to track her down. After people around town start dying in gruesome circumstances, our group of villains soon realise that slowly but surely, she is working her way up to them. 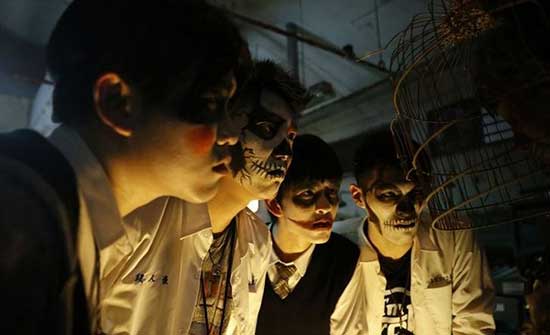 Mon Mon Mon Monsters is a bleak film to say the least. There are a few humorous moments, mostly stemming from the brilliant performance by Eugenie Liu as the elder of the two beasts. There is an especially funny moment between her, an elderly gentleman and an angry neighbour complaining about excessive noise, that gave me a good chuckle. However, these little moments are relatively few and far between and most of the film is taken up by extremely dark atmosphere, as the real monsters of the story are examined.  The pure bleakness of it all really took me quite by surprise as the monstrosities committed in the story are not merely limited to the titular monsters and the nastier than usual school bullies, but even those people who are supposed to be there to protect and keep peace are so monstrous in their indifference, that their actions very nearly rival the psychopathy of Ren-Hao and his gang of goons. While the film doesn’t really go into any great depth in analysing these themes, the implications come through loud and clear. 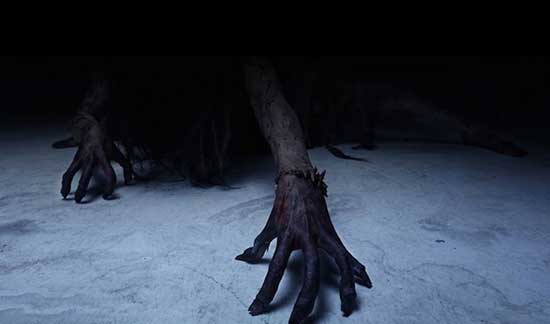 Performances are solid all around, Eugene Liu and Lin Pei-hsin both being especially excellent in their roles as the beastly sisters. Considering neither role contains any dialogue, both women manage to evoke deep emotional responses and boat loads more empathy than any of the human characters do. Kent Tsai is equally as great as the sociopathic Ren-Hao, as is Bonnie Liang as his thoroughly unlikable girlfriend. Yu-Kai Teng does a creditable job as the tormented Lin and his journey from a victim to a bully is a believable one. Even though you might start the film by feeling sympathy for Lin, you will most certainly not finish it that way. There are no truly nice characters in this story, only monsters of varying degree. 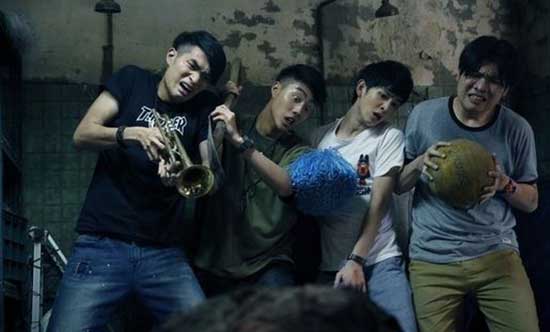 Special effects are great, and the demon sisters look amazing with a genuine creepiness about them. There is plenty of bloody carnage for all the gore hounds out there, although I do have to mention that a lot of it happens slightly off the camera or in the distance, so only a few kill scenes are ever shown full-on. I wouldn’t say this is necessarily a negative thing, as seeing one of the monsters ripping a bus load of school kids apart is not altogether imperative. The blood covered windows and the waterfall of bodily fluids running down the bus stairs do the job just fine. 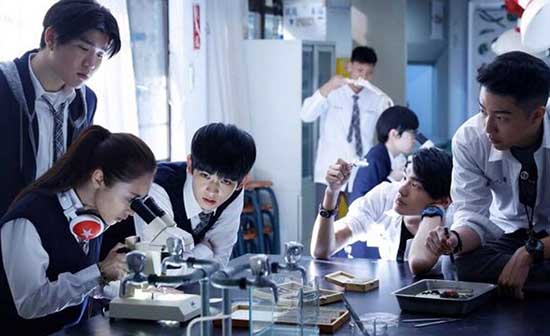 I would certainly recommend Mon Mon Mon Monsters. While nearly every character in it is dislikeable in some way or another, seeing them get killed in the most violent of ways is incredibly satisfying, and although it was a much heavier watch than I ever expected, I was not left disappointed. It’s bloody, bleak, yet thoroughly entertaining and definitely worth your time. 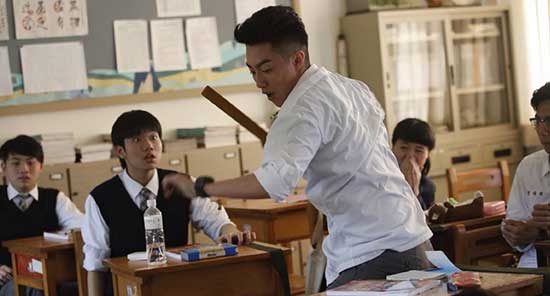