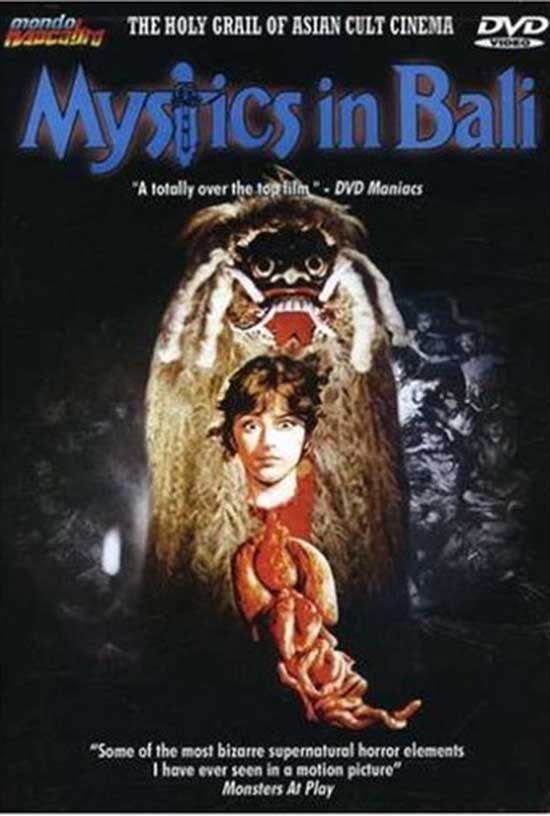 Researching a book that takes her to Bali and the black magic cult of Leák, Cathy meets an evil witch which promises to train her in the dark arts. Tricked, Cathy is turned into a Penanggalan; a flying vampire with internal organs hanging from her neck. It is now up to the local holy men who are then enforced to do battle with the forces of evil.

One of the great draws of horror films is the unknown. We sit, eyes glued to the screen, wondering what will happen next, anticipating a cheap jump scare, holding our breath while the protagonist slowly reveals what is actually behind the creaky door. I suppose the same can be said for most film genres but horror revels in the unknown. Horror feeds off the viewer’s curiosity. Different cultures also bring the unknown with them; routines and rituals that seem alien to outsiders, languages indecipherable to untrained ears and esoteric folk tales of strange beings and happenings unlike anything we’ve heard before. As uncomfortable as it makes us to believe it, we all fear the unknown.

While western cultures injected over-used horror tropes into the genre in the form of vampires, werewolves and a first-world interpretation of zombie, the eastern world remains a rather untapped resource of otherworldly entities and bizarre rites and Indonesia is no exception. As a child, I recall reading a story based on the legend of the pontianak, it was unlike any tales I had read before and was, frankly, terrifying. Mystics in Bali introduces the viewer to Leak magic and the pananggalan, a vampire like monster that functions normally during the day but, at night, detaches its head (along with its entrails) and flies around looking for pregnant women and newborn babies. If that isn’t the thing of nightmares then I don’t know what is. 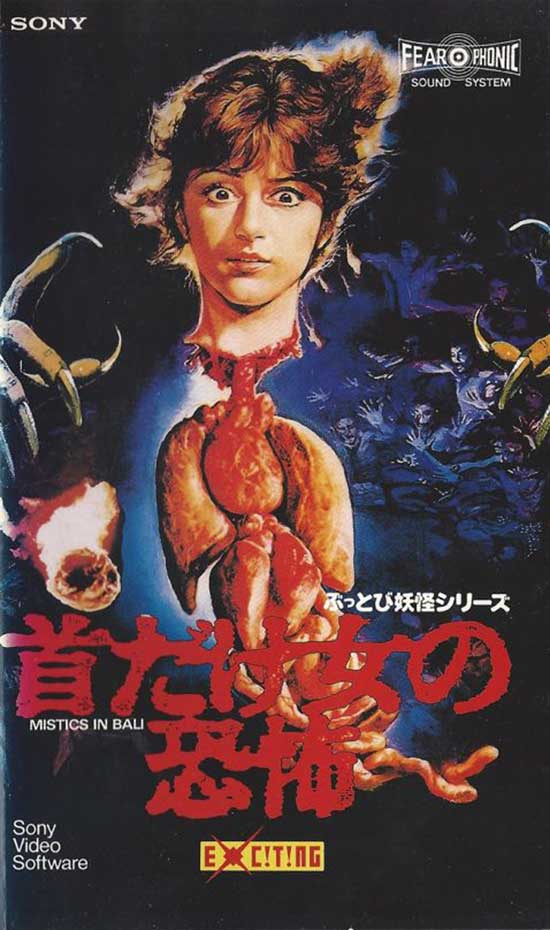 First things first, I have lots to say about the audio that is used in Mystics in Bali. The dubbed speech is unfortunate as it regularly made me question whether I was watching an Indonesian horror film or a 70s European porn movie. Cathy and Mahendra’s conversations have a lifeless air to them which regularly comes across as flirty and/or lecherous depending on who is talking. While conversations that are both flirty and lifeless may seem like an impossibility, viewers will find that B-movie voice actors are quite adept at achieving them. A fine example of this skill occurs in the scene after Cathy has a spell inscribed on her leg by a red, proboscis-like appendage, she repeatedly and monotonously asks the ever-obliging Mehendra to look closer at her thigh – its faintly arousing. 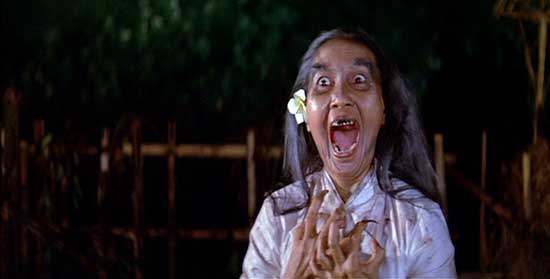 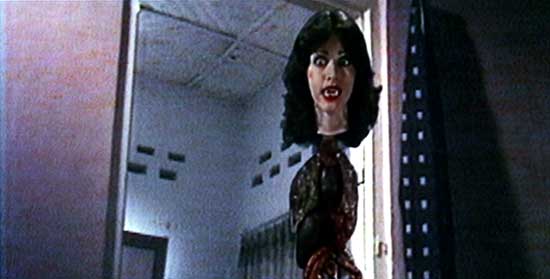 Taking a side-step before returning to the audio, the proboscis scene is just one way of explaining how random the plot of this film is! I’m sure that to minds more accustomed to the intricacies of Indonesian folklore the elements make total sense but I found the film to be incredibly disjointed. Never before have I watched a film that included someone puking up mice after being kissed, people turning into pigs and snakes and an epic fireball fight that needs to be seen to be believed. Let’s not forget that these scenes are sandwiched between a storyline about a woman whose head flies around on a nightly basis sucking unborn babies out of their mothers’ wombs.

Anyway, I digress… the sound of the aforementioned sucking is provided with glee by the film’s sound engineer and it is pretty clear that the crew revelled in the gruesomeness of the subject.  It’s not a gore-filled film (dare I say that it’s tastefully handled??!) but the sound is over the top in its delivery. This is obvious from the second that the introductory credits roll with their jarring soundtrack that there will be no subtleties about Mystics in Bali. One audio element that began to annoy me was the witch with whom Cathy strikes up her bargain. She has a voice like Master Yoda and a laugh that could incite riots. If I ever have to hear that laugh again, it will be too soon. 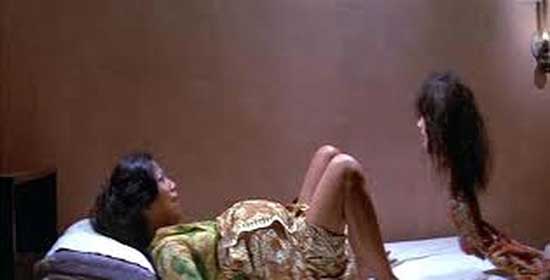 Well, all being said, I quite enjoyed Mystics in Bali purely because it was unlike anything that I’d seem before. It’s funny, grisly and fast-paced with a rather incoherent plot which slowly fades into background in favour of a over the top, low budget audio visual experience. That makes it sound grandiose but it’s not! It’s terrible in places but it will suck you in and provide a unique and frequently confusing B-movie experience that is sprinkled with a little exotic charm.