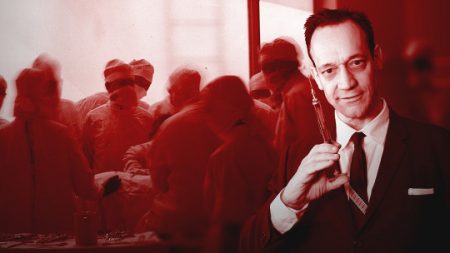 Quick scoop for my horror friends!

I recently interviewed actor Ted Raimi (Evil Dead II, Ash vs Evil Dead), during which he gave me an exclusive scoop on his upcoming feature directorial debut, The Seventh Floor:
“I’m directing my first feature this year, as a matter of fact. It’s called The Seventh Floor. Veva Entertainment is producing it, and we’re pre-pro now. We don’t start shooting until September, at the moment. It’s a thriller. I can’t tell you what it’s about, but it’s psychological horror. I’m very expect about that. It’s not traditional horror; there’s no monsters or zombies or anything like that. It’s more in your head.”

When asked about influences, he divulged the following:

“For this one, Roman Polanski and Dario Argento. Both of those guys are incredibly influential; Roman Polanski for his ability to build tension where there seemingly is none, and Dario Argento for his filmmaking style and the speed at which the action happens. It’s unbelievable. I’ve studied them to get a sense of it. I’m also heavily inspired by David Cronenberg. He for the same reason that I like Polanski. He’s able to create such amazing moments where there is no action, but you sense a palpable tension.

If you think of Cronenberg’s remake of The Fly, you think about Jeff Goldblum transmogrifying into the insect. But if you watch the first act, there’s a scene that lasts about 10 minutes where Jeff Goldblum is talking to Geena Davis in his laboratory, which is in this warehouse. Nothing happens. There’s just dialogue, and yet there’s something so fearful about the whole thing. It’s the greatest magic trick any director has ever done. I don’t know he did it. There’s no spooky music or spooky camera moves, and yet it’s absolutely frightening. I’m still trying to figure that one out. I’ve watched that first act probably six times trying to get it, but I can’t. If I can recreate that to some degree, I’ll be a very lucky director.”

The source can be found here: brokehorrorfan.com/post/162285963293/interview-ted-raimi-ash-vs-evil-dead-evil-dead 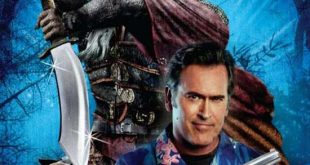 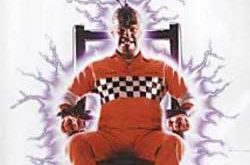