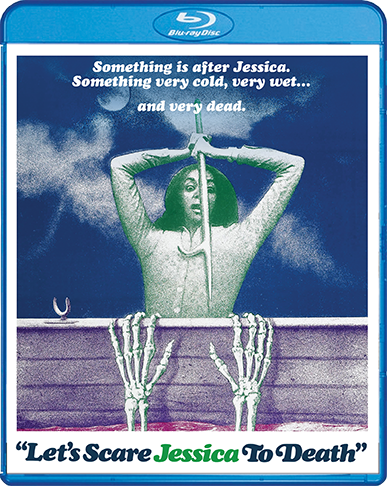 A trio of bohemian dropouts buy a remote farmhouse only to discover that a mysterious young woman named Emily has taken up residence. The three allow their free-spirited tenant to stay on, and she quickly becomes part of their unconventional family unit. But Jessica, who is recovering from a nervous breakdown, discovers their idyllic farmhouse hides a dark past, which Emily may be inexorably linked to.

I kind of wonder why Let’s never caught on as a horror title buzzword like Don’t did. Don’t Look in the Basement could become Let’s Look in the Basement and still work because you know somebody’s going to look in that basement and they won’t find grandma’s quilts. Unfortunately, LET’S SCARE JESSICA TO DEATH’S pulpy title might lead viewers to expect a slash and burn horror film. But Jessica is something uniquely different—a deliberately paced meditation on paranoia that may or may not be a vampire movie. It’s loosely based on Le Fanu’s 1871 gothic novel Carmilla, which also provided the inspiration for Roger Vadim’s elegant Blood and Roses (1960) and Hammer’s The Vampire Lovers. But while Hammer’s better-known adaptation is geared to shock and titillate, Jessica sets out to slowly worm its way under your skin—and it succeeds beautifully. 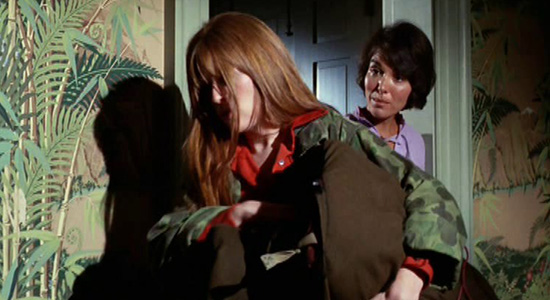 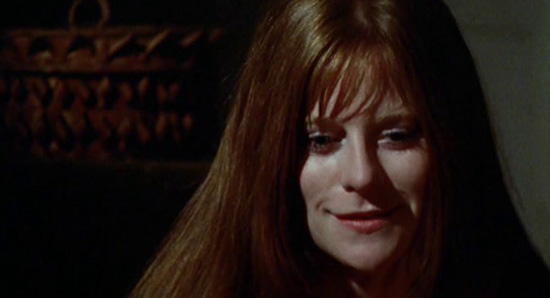 Coming only a year after the hardhats-shooting-hippies classic Joe (1970), Jessica has a distinctly counter-culture hip-versus-square vibe. Within the first five minutes, our bohemian heroes are confronted by disapproving town folks whose VFW windbreakers instantly brand them as right wing creeps. But our hippy trio is easily thirty years old and initially come across more like bums than free spirits.

One of the first things they do in their quaint New England farmhouse is raid the attic for antiques; they can sell to buy food and Annie Green Springs wine. Back in 1971, they represented a lost generation searching for a new life— now they seem more like people you’d find working a renaissance fair. But don’t be fooled by first impressions. They’re an intriguing bunch who drive a hearse, collect headstone rubbings and cart around a coffin-sized Cello case; clearly, they’re on a collision course with death. 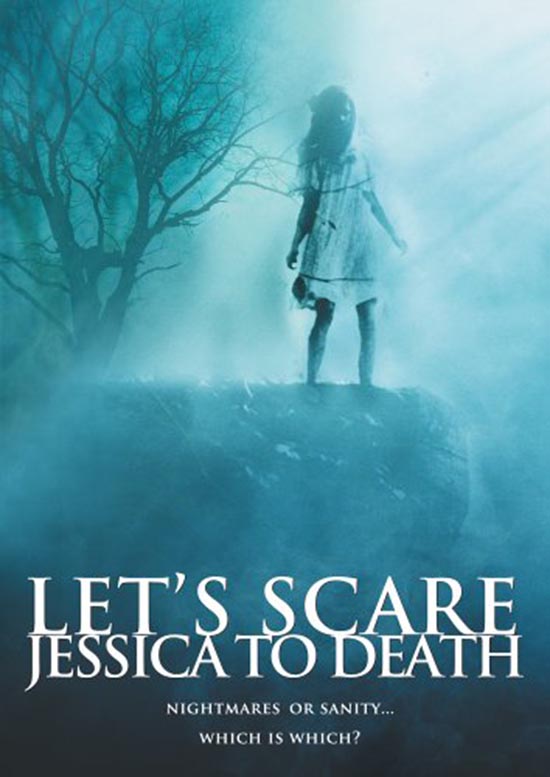 Upon arriving at their recently purchased farmhouse/mini-commune, they discover a squatter named Emily (Mariclare Costello) has taken up residence. At this point the group’s intriguing back-story unfolds, stripping away those first impressions. Jessica (Zohra Lampert) was recently released from a mental institution. Her husband Duncan (Barton Heyman) has left his job as a bassist for the philharmonic to care for her, purchasing the farm as a place for her to recover away from the pressures of New York City. The third member of their group Woody (Kevin O’Connor) is an over-aged hippie with a Harry Reems mustache who’s along for the ride.

The mysterious Emily is a classic early seventies flower child with a lot of education and no family roots. The trio click with Emily, especially Woody who’s instantly smitten. Within an hour of the meeting, they share food, play music and even decide to conduct a séance. By the way, if someone ever says, “Let’s have a séance,” run for the hills— it never leads to fun. 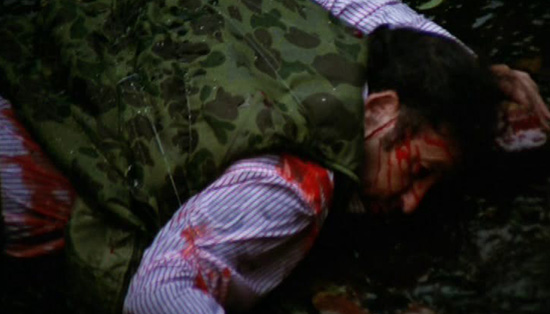 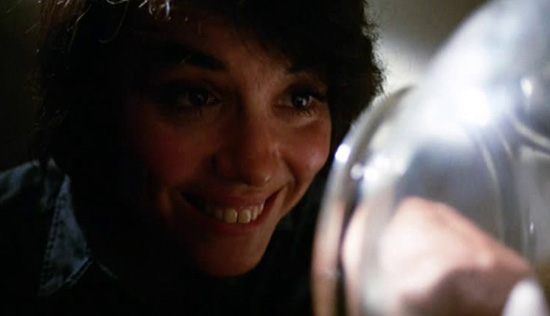 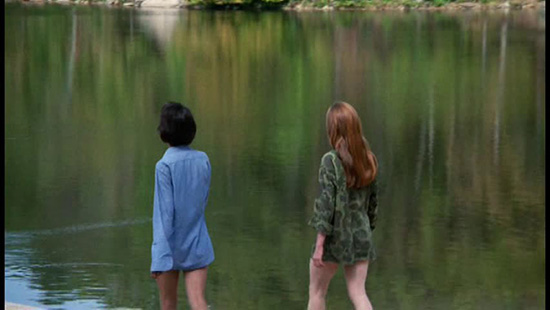 It’s hard to encapsulate the rest of Jessica without compromising your experience. Just rest assured that Emily is more than she appears and that the hostile townspeople are not your run of the mill rednecks. The slow, suspenseful pacing works beautifully— to the point where you may start glimpsing shadowy things out of the corner of your eye.

The entire cast is solid, but it’s the two female leads that really bring Jessica to life. Zohra Lampert is fascinating to watch, imbuing her title character with a tragic fragility. She gives Jessica the awkward body language of a child and even dresses like a ten-year-old girl. Given the film’s minuscule budget, I’d venture that Lampert personally selected (and probably paid for) her distinctive wardrobe. Her unexpectedly nuanced performance elevates a good film to great. On the darker side, we have Emily, played by Mariclare Costello who gracefully shifts from wistful to seductive to menacing.

Director John Hancock wisely lets his actresses give naturalistic performances, lingering on their expressive faces, particularly Costello’s hypnotic eyes. A standout moment is the lake scene where Emily attempts to seduce Jessica, revealing her true identity and igniting the film’s suspenseful final act. Hancock’s direction is remarkably self-assured, unfurling the story at a dangerously deliberate pace; a tightrope walk he accomplishes without a dull moment. 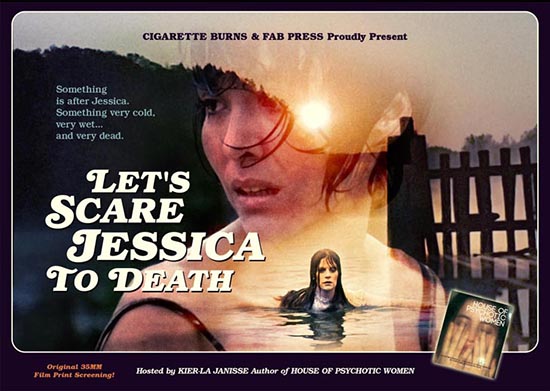 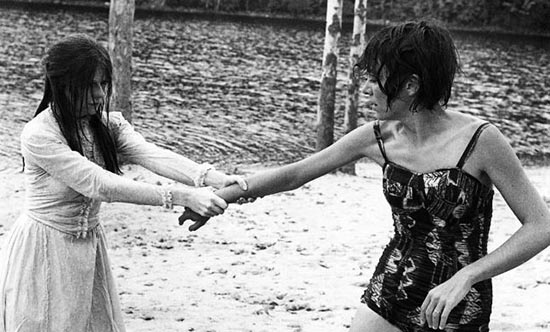 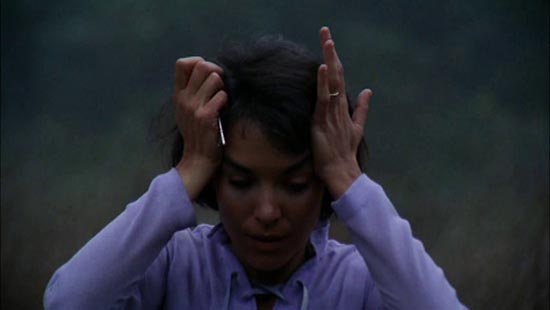 So dim the lights and enjoy ninety minutes lost in a dream, wondering if what transpires is reality or just part of Jessica’s fragile psyche finally unraveling.