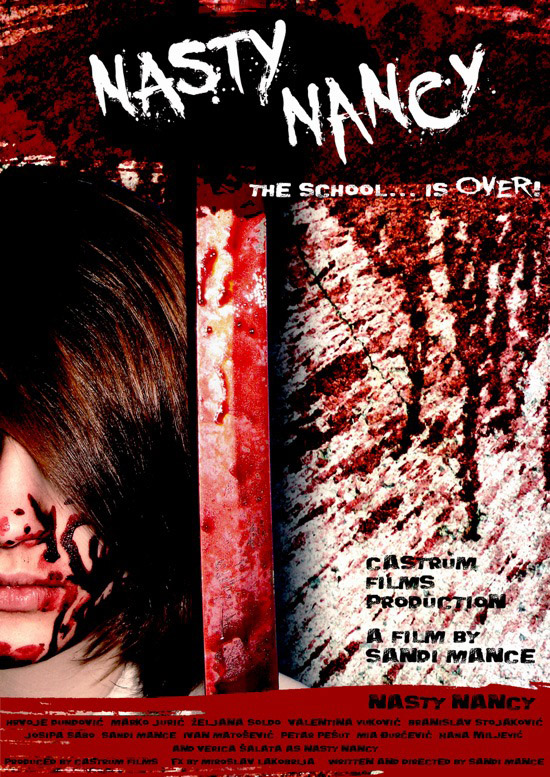 In a school full of perverse teachers, where you earn grades by having sex, Nancy is the only honest person. But when she, despite studying a lot, fails her final exam… it’s time for revenge!

I haven’t seen many horror films that have come out of Croatia because, well, there aren’t many horror films coming out of Croatia. In fact, Nasty Nancy is my first experience, but if this film is at all indicative of what I have to look forward to, then I would definitely like to see more. Written and directed by Sandi Mance (his only movie to date as far as I can tell, he also plays a junkie in the film), this is a low budget horror with a lot of comical elements, and while it might not be perfect, it is a lot of fun.

Nasty Nancy is about a group of high school teachers who all meet up at an abandoned school after receiving online invitations to an orgy. For this to make sense, I should probably also add in that they are some of the worst teachers around. You can study all you want, but it won’t make a difference; the only way to get an A in their classes is to submit to their sexual perversions. However, it would appear that one of the students, Nancy (Verica Salata), has had enough with their tactics, and has lured them to the school to kill them off, one by one. 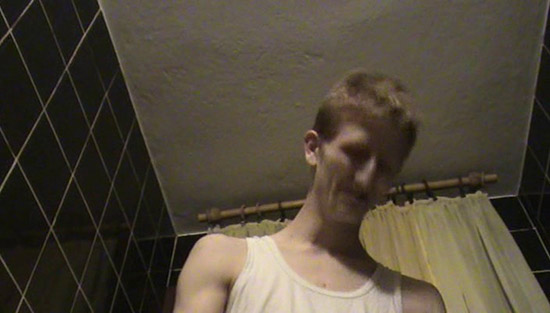 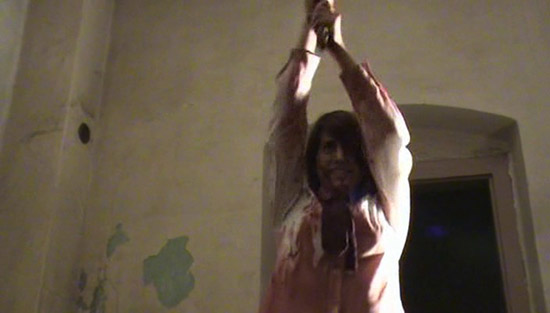 Despite the set up, this is not just your ordinary slasher film. It takes the familiar approach of someone who has been wronged gathering their enemies all in one place to do them in, but it adds a little more to the mix. There is plenty of perverted and scatological humor here, as well as cartoonish sound effects, on par with the goofier films of Petter Baiestorf, Heiko Fipper, and Lloyd Kaufman. There is also an obvious influence from the Japanese horror scene at play, starting with the plot structure of student vs. teachers and Nancy’s school-girl outfit: skirt, white shirt, tie. Add in extreme blood and gore, of course, but also video game-style graphics during kills, i.e. when a teacher is attacked and stabbed between the legs with a sword, a colorful screen pops up with “Katana Intercourse!” in a comic book word bubble.

One of the strong aspects of Nasty Nancy is the gore and variety of kills, much like you’d expect from a slasher film. The effects are low budget, but very well done for the amount they were working with (it’s worth noting that effects and make up were done by Miroslav Lakobrija, who also worked on A Serbian Film). And, of course, there is a ton of blood soaking the characters, the walls, the floors… everything. There are disembowelings, crucifixes through skulls, and various body parts sliced off and sometimes used as weapons, not to mention some real nasty fun in the final battle. And once the kills get started, they keep up on a fairly regular basis, leaving no filler in this short movie – I don’t think it quite hits 50 minutes long. 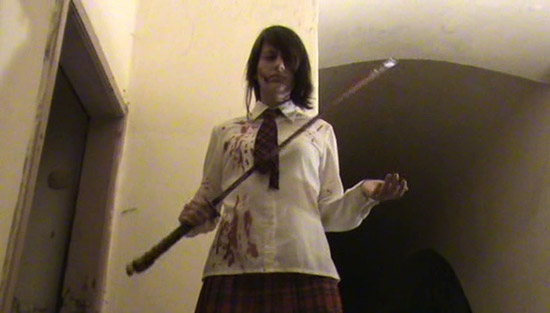 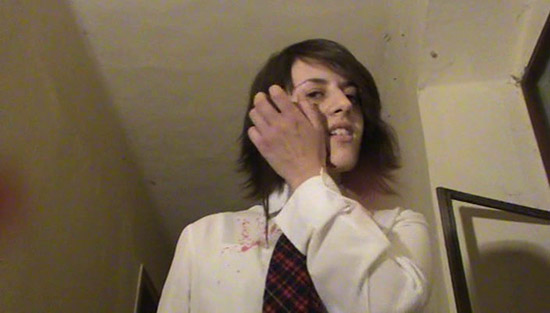 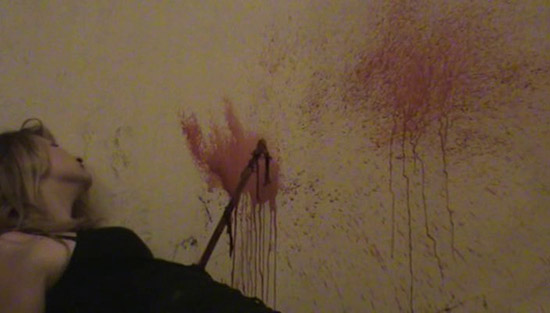 There are a couple of style choices that didn’t appeal to me, but nothing I’d call actual flaws that pulled me out of the film. Some of the scenes are very dark, which is just an unfortunate downfall of low budget filmmaking. Thankfully, it’s never too dark to see what is happening. The story structure of the film could have, in my opinion, been organized in a slightly better fashion so as to clearly tell the story. There are a ton of flashbacks in this movie, used not only to show how shady the teachers are, but then to explain who Nancy is and why she’s doing what she’s doing. Eventually you become used to them, but at first they are jarring, and it’s not made clear that they are asides from the main story. While so often we wish that10 or 15 minutes of unnecessary filler would be cut out of movies, this one could have afforded to be a little bit longer. It entertains from beginning to end, and it would have been nice to have a little more of the story to enjoy. 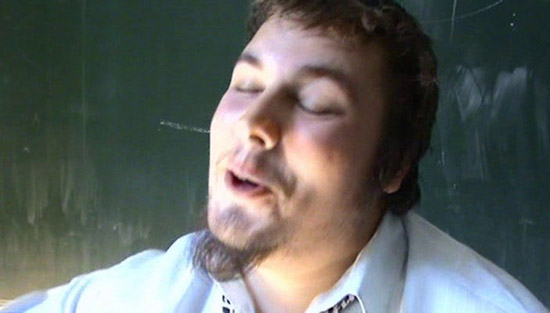 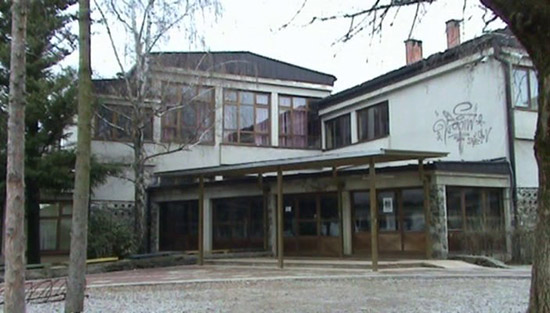 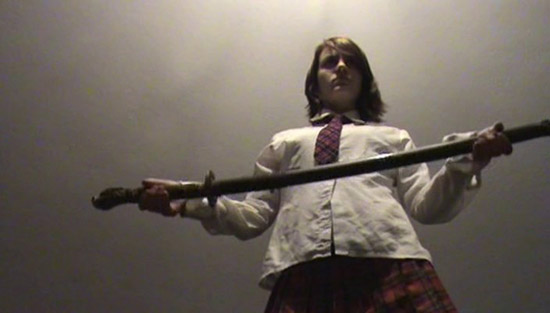 Nasty Nancy is a fun, bloody, entertaining movie, and a great introduction to the filmmaking of Sandi Mance. I hope to see more work from him, as well as more horror films from Croatia. If you like the funnier German splatter films, or the bizarre Japanese gore films, and don’t mind some fart humor in your slasher film, I highly recommend Nasty Nancy. There is a lot of potential shown here, and I can only imagine what we might see given a bigger budget and a little more promotion.