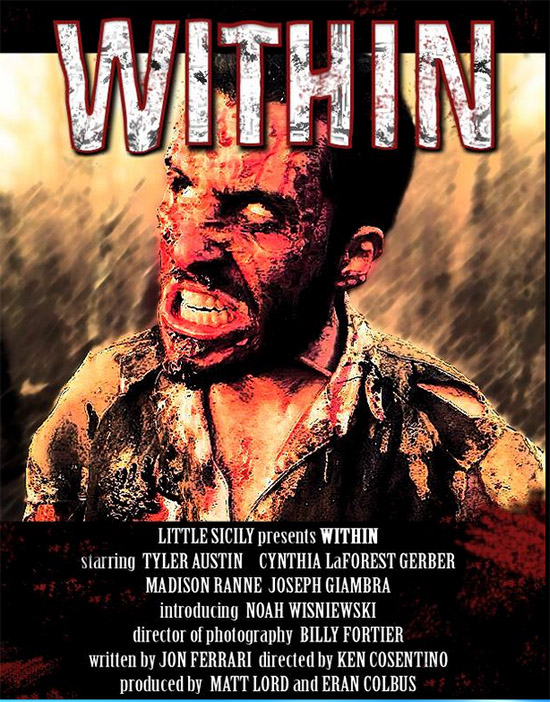 Albert, Katrina, Jill, Danny and Officer Dearborn find themselves hiding out in a house during a zombie apocalypse brought upon by a blood-born disease.

Within (aka Dead Inside)  is a Troma Team film. While sitting in a restaurant with her boyfriend, Jill has a vision that everyone around her dies a painful, bloody death and there are bodies everywhere.  A year later, Katrina (Cynthia LaForest Gerber) and Gerry (John Gerber) come home to discover that their power is out and they can’t find their son Danny (Noah Wisniewski).  While searching the basement of their house, they are attacked by a zombie.  Gerry and the babysitter are killed and eaten by the zombie and Katrina manages to blow it’s head off. The acting isn’t bad in this film, even though some of it is a little over the top from Cynthia LaForest Gerber as Katrina. Honestly, I’d be pretty crazy and hysterical too, if a zombie ate my husband and I had to blow it’s brains out to stop it from eating me.  The directing is also pretty solid, especially for a very low budget film. 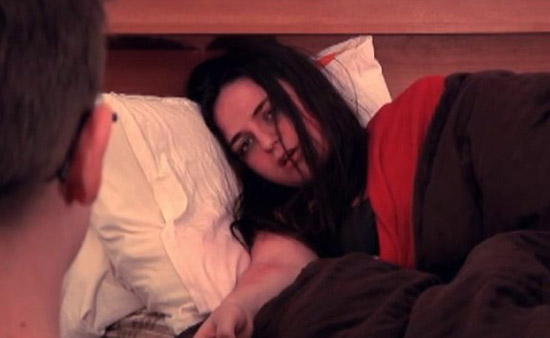 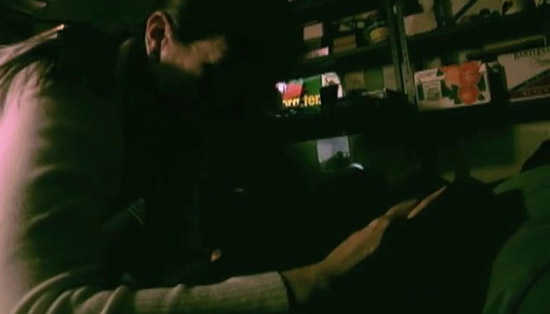 Albert and his father are driving, when an announcer comes over the radio warning that the CDC has said there is a virus making people sick and turning them into zombies.  While trying to escape a zombie, Albert ends up at Katrina’s house and she and her son Danny tell him what happened to them. Katrina has a big gun and isn’t afraid to use it on anyone she suspects might be a zombie. Her character kind of reminded me of Reba McEntire’s character in the original Tremors (1990). Albert tells her what happened to he and his father, so Katrina decides to let him stay with her and Danny in their house.

In another part of the city, Jill comes home and finds that her girlfriend has been bitten by a zombie. She manages to escape and runs to Katrina’s house, where she is greeted by Katrina and her gun.  Jill explains to Katrina what happened to her girlfriend and Katrina decides Jill can stay.  There are two psychobilly guys, T-Bone and Crazy Horse, roaming around together fighting zombies and somehow they never find Katrina’s house.  Some of the lines were almost comical and felt like they were being read directly from the script, but it didn’t take away from the movie being entertaining.

Officer Dearborn (Joseph Giambra) is working his second day on the job, and is so bored that he pulls over and decides to take a nap. After it gets dark, his car is attacked by zombies. He escapes and of course, drives to Katrina’s house, where he pulls a gun on everyone.  Jill and Katrina try to explain to him that zombies are killing and eating everyone, but he doesn’t believe them, even though he was attacked by zombies.   Officer Dearborn starts freaking out and Albert takes his handcuffs and restrains him until he calms down. 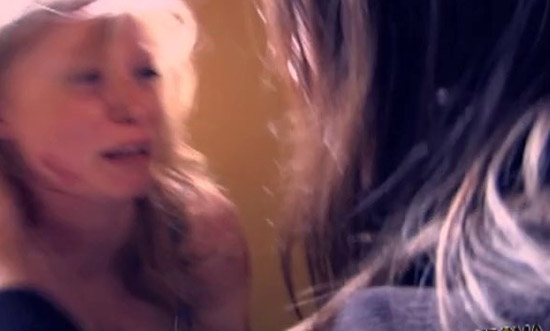 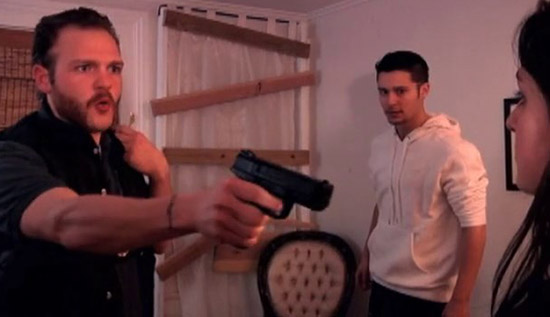 I wasn’t sure if Katrina had a huge neon sign over her house that was beckoning people, or if they were all psychic and knew to go to her house, but somehow everyone ended up there, with the exception of  T-Bone and Crazy Horse.  Officer Dearborn convinces Albert and Jill to go with him to his patrol car to get more weapons, but he also makes the not very smart decision to leave all their guns in the house.  So, the three of them go out into the dark, with no weapons and attempt to walk through a herd of zombies, and Jill gets bitten by a zombie. When they get back to the house, everyone is worried that Jill is going to turn into a zombie. 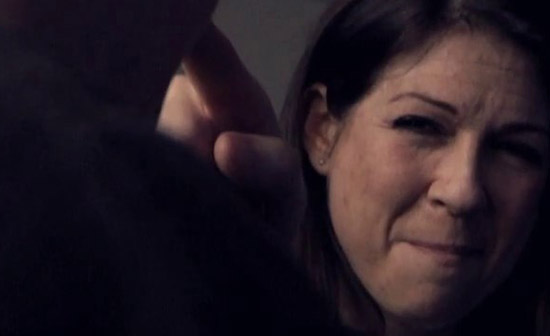 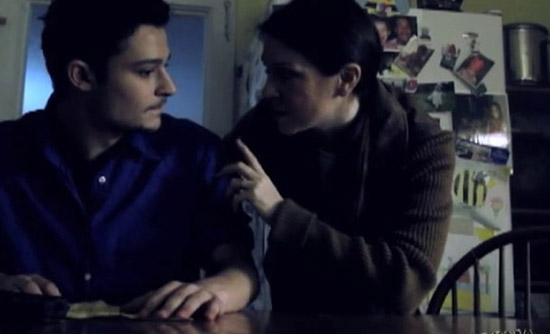 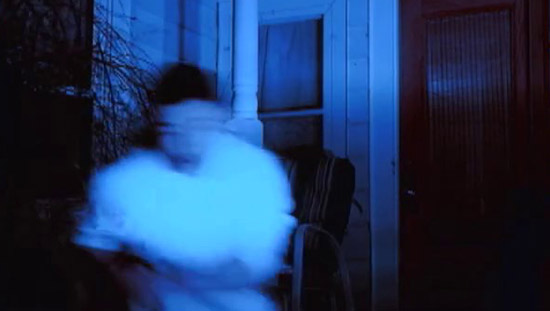 Albert and Officer Dearborn can’t seem to stop arguing, and even though they agree to get some sleep and try to go find the airport and a plane the next morning, things go from bad to worse.  Officer Dearborn gets crazier and more out of control as the movie goes on, and pretty soon literally everyone, everywhere is a zombie and killing and eating people.  Now it’s Albert and Danny versus T-Bone and Crazy Horse. They all have guns and they are surrounded by zombies. In fact all the zombies that had been killed start coming back to “life.”  I wasn’t entirely satisfied with the ending of the movie. This film proves that you don’t need a lot of money to direct a pretty solid cast and produce a movie that was shot well and, despite a few plot holes and some campiness, was still enjoyable.