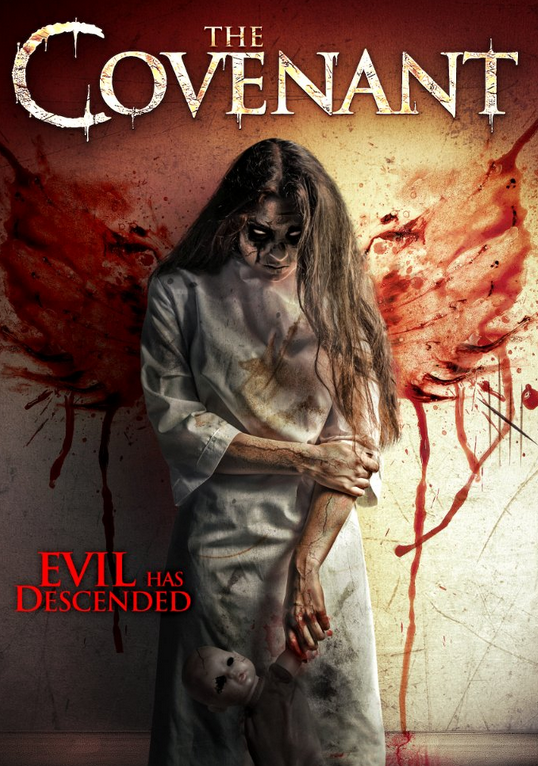 After the sudden death of their daughter, Sarah Doyle’s husband commits suicide in front of her, which doesn’t seem that surprising since he already physically looks to be the embodiment of giving up on life. Sarah and her estranged brother move back into their childhood home. Not long afterwards she begins to experience paranormal events.

At approximately 4 minutes and thirty seconds into this film, the male lead states he, “Can’t wait to see the toilets.” In a way, he is already acting inside of a toilet that is called, “The Covenant.” The film may seek to distance itself from the hundreds of horror titles featuring the words, “The Exorcism of…” but in execution it’s another in the long line of exorcists cleansing of middle class white woman who can’t act. This is equivalent elevator music for fans of the macabre, a baseline point with zero atmosphere, scares, or grounding in reality.

From the opening scene at the funeral for her child, the level of humorless dialogue and meandering scenes, meant only to pad for an appropriate running time, are apparent. Sarah Doyle, played by Monica Engesser, has the screen presence of a suburban New Jersey mom too busy looking in her purse for Bath and Body Works coupons to realize she’s stumbled onto a film set. To be fair, she’s not given much to work with, the production design is a single notch above Midwest furniture store commercial.

The plot is one note. Girl is sad and moves in with her brother to heal the mental wounds of losing a child, and soon after a husband. The husband had killed himself at the foot of their bed while telling Sarah it’s her fault. As a moment meant to propel the entire rest of the film, it’s unintentionally funny due to the husband’s overwrought line delivery.

In the next moment we’re introduced to the brother, Richard, played by Owen Conway. His is a valued attempt to scratch out some emotional resonance from a true dud of a script and failing. He handles the bulk of scenes outside of the house, having to interact with a veritable touring company of Des Moines Senior Home’s production of All That Jazz, that populate their hometown.

Richard can’t seem to escape these vague stilted conversations. When attempting to get keys copied and some bolts, he’s accosted by the man in black; a trite and unnecessary character whose payoff in the story is every bit as lackluster as his line delivery. The man shows up throughout lurking in bars and delivering vague threats. He’s less an ethereal menacing presence then he is an ex-boyfriend who can’t deal with the fact Richard has moved on. Not to mention his gravelly voice and demeanor is reminiscent of an uncle who leans inside the bubble of personal space and asks to know where the nearest strip club is during Christmas dinner. 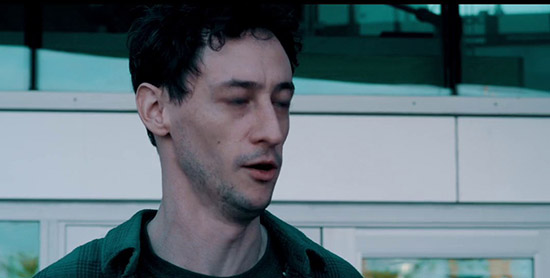 The demonic possession, is equally bland, barely being able to be defined as a horror movie. The main point about being possessed the film presses is that demonic influence and dirty diapers can both be sniffed out by their poopy smell.

Inevitably, as with every Exorcism movie, they seek guidance from a priest, first one that looks like he turned to the clergy after getting fired for drinking while being a mall Santa. After he is suitably dispatched, a young hip exorcist gets called in, with a sweet beard and probably tattoos, you can’t tell, he’s dressed as a priest.
In the last half hour, a rational, logical mind will be infuriated at how little sense anything makes. Attempting to make the first hour retroactively more bearable, it throws in several twists which don’t fix, but totally nullify the characters and their actions. With a final stab of the bad movie blade, the house is destroyed, rendered in worse CGI than a cut scene from a game on the Sega Saturn. 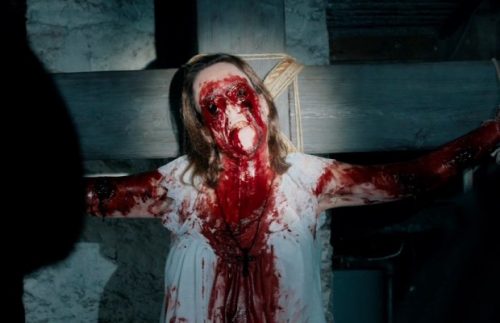 Avoid this film, not to be hyperbolic, but it’s not very good.