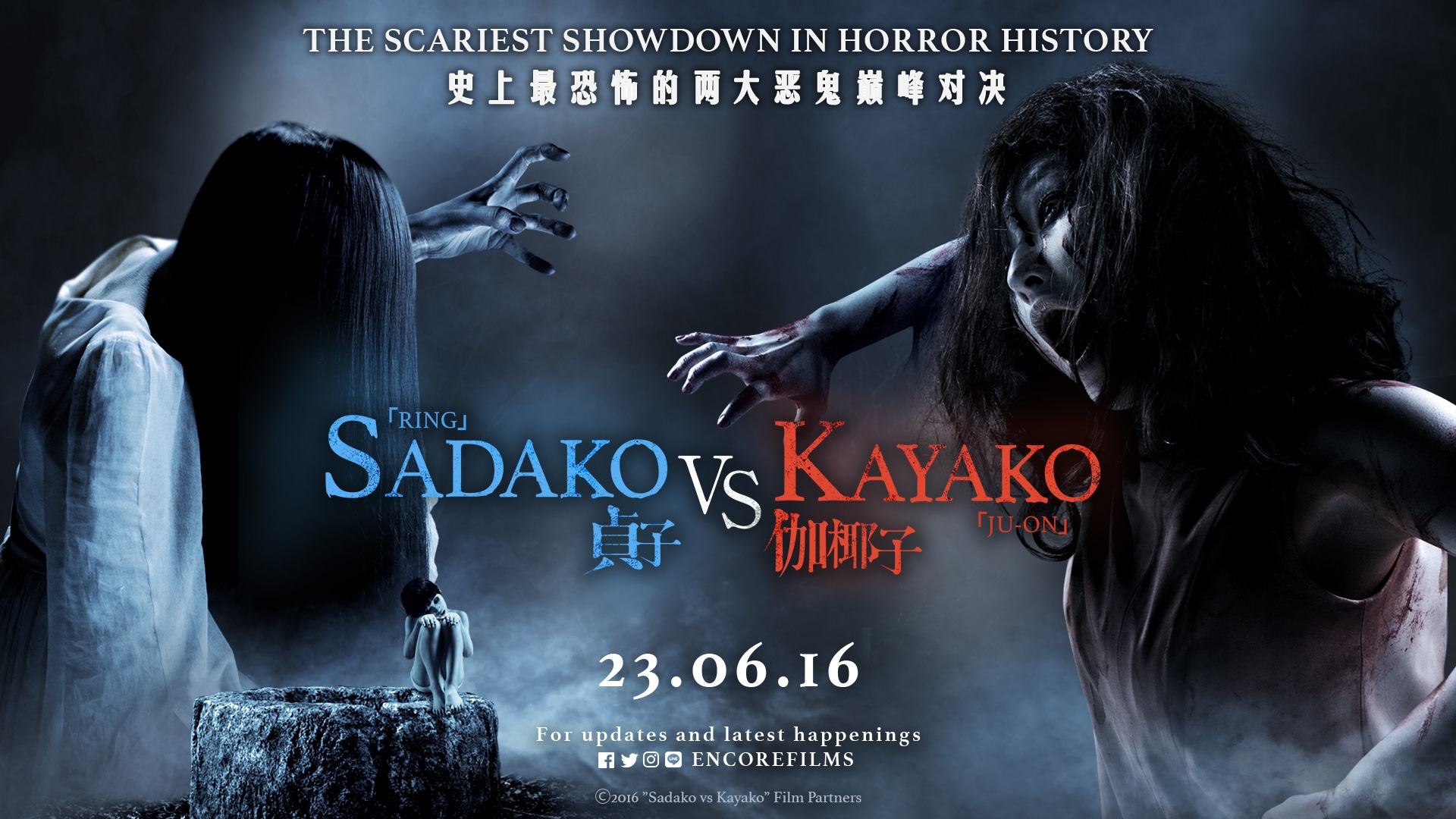 The vengeful spirits of the Ring and Grudge series face off.

Being billed as “The Scariest Showdown In Horror History” would put a lot of pressure on any horror film. But the idea isn’t a new one, in fact pitting two characters from different horror franchises has been going on since Frankenstein Meets the Wolf Man (1943). Films like Abbott and Costello Meet Frankenstein (1948), King Kong vs. Godzilla (1962), Dracula vs. Frankenstein (1971), AVP: Alien vs. Predator (2004), Freddy vs. Jason (2003), and Frankenstein vs. The Mummy (2015) have proven that there’s gold in them hills, so why wouldn’t someone put together Sadako and Kayako, the vengeful ghosts from both the Ju-On, and Ringu franchises for a big ole slobberknocker? 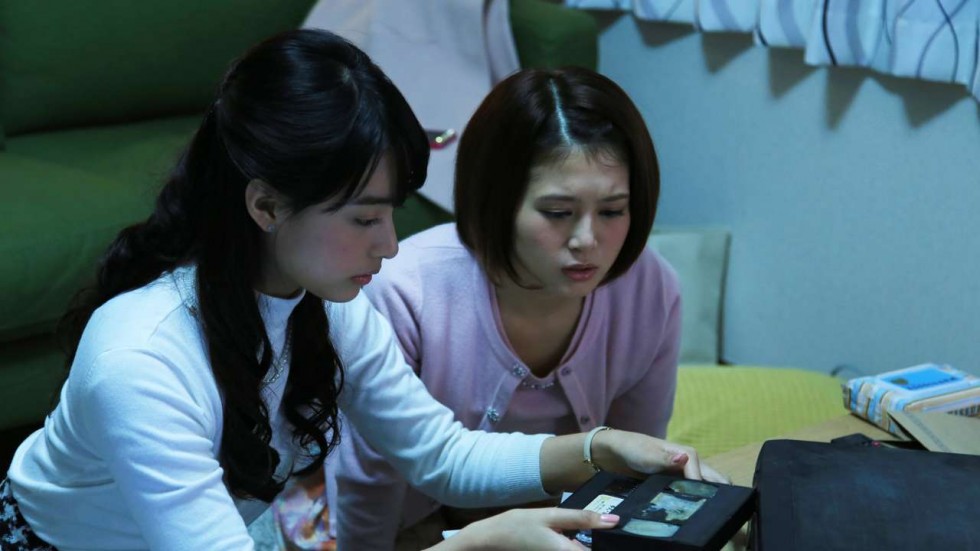 As the film begins, we meet Natsumi (Aimi Satsukawa) and Yuri (Mizuki Yamamoto), who are friends that are listening to a lecture on urban legends. Neither one of them are particularly interested in the lecture, and afterwards Natsumi asks Yuri for help in transferring a VHS tape of her parents wedding onto DVD. She wants to give it to them as a wedding anniversary gift. Of course, since videotapes aren’t exactly in vogue anymore, they need to find a VCR deck to play the tape on. They find one at a secondhand store, but guess what’s waiting for them inside of the deck? If you guessed “Sadako’s cursed videotape” – then you guessed correctly! And if you also guessed that they watch the damned tape, then you’re on fire my friends!

In the meanwhile, another schoolgirl, Suzuka (Tina Tamashiro), moves into a new home with her parents that just happens to be located right across the street from the dreaded (& abandoned) house where Kayako (& her meowing sidekick Toshio) lay in wait for anyone foolish enough to wander into the house. Luckily for us, three young schoolboys decide to chide a fourth one into going into the house. Eventually all of them go in, but none of them come out (Yes, kids die in this film. I dig dead kids). 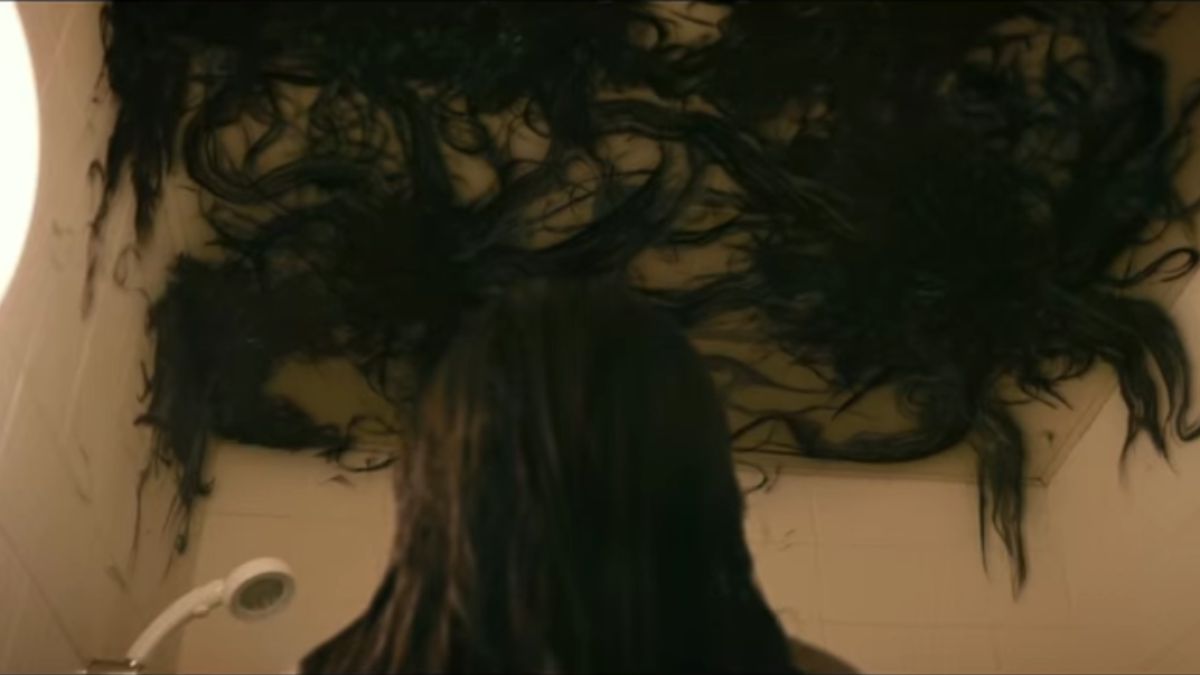 So now, Sadako, Kayako (& her homeboy Toshio) are all on the loose, and it seems like everyone is doomed. But then, after a nutty attempt to exorcise Sadako from Natsumi (which fails miserably), we’re introduced to a exorcist, Keizo (Masanobu Ando), who is reminiscent of a less tortured, and far cockier John Constantine, and his sidekick, Tamao (Mai Kikuchi) who is a blind little girl that sees a lot more than everyone else around her. He has a plan to thwart both Sadako and Kayako, but it’s very dangerous (& kinda wacky too). He figures if both girls are cursed by one of the ghosts, then the ghosts will throw down over the girls. But the plan is dependent on Sadako and Kayako going after each other, if they don’t then the poop is really gonna hit the fan. 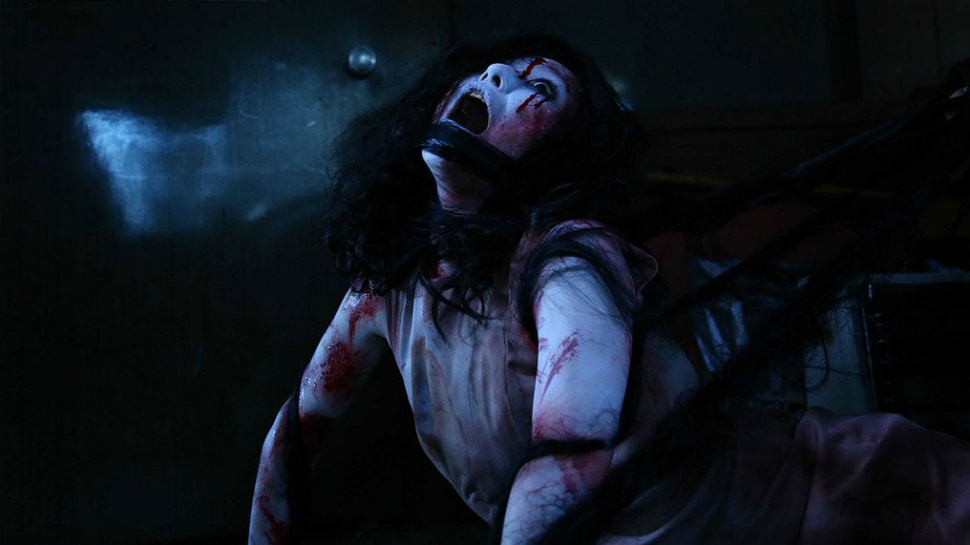 What’s really good about Sadako v Kayako is that it never really takes itself very seriously (It actually started off as a April Fools Day trailer on the website of the last Ju-On film). The script (by Takashi Shimuzi and Koji Suzuki) is nearly always winking at the audience, but it does feature some decent jump scares, and a few terrifically over the top kills (The exorcism scene made me laugh out loud with delight). But despite how much fun the film is, it manages to maintain a nice balance between the horror and the humor, with neither one overwhelming the other. It also changes a few of the established rules of the franchises. For instance, the seven day cycle from phone call to death of Ringu has been shortened to only two, which makes everything a lot more frantic. Little changes like this don’t hurt the potency of either franchise, rather they enhance them by helping to weave together the rules of both of them.

The performances are really good here, with everyone involved totally invested in their respective characters. Although I did grow tired of having the girls repeatedly stand and scream while frozen in fear – hasn’t anyone told them it’s more than OK to run away when a ghost is slowly (sometimes REALLY SLOWLY) creeping towards you? Runa Endo is extremely creepy as Kayako, and Elly Nanami is equally distressing to look at as Sadako. The film looks terrific also, it’s bright when it needs to be, but suitably grey as well. Production design is another stand out feature here, lending both the Ringu and Ju-On worlds distinct, yet familiar features. 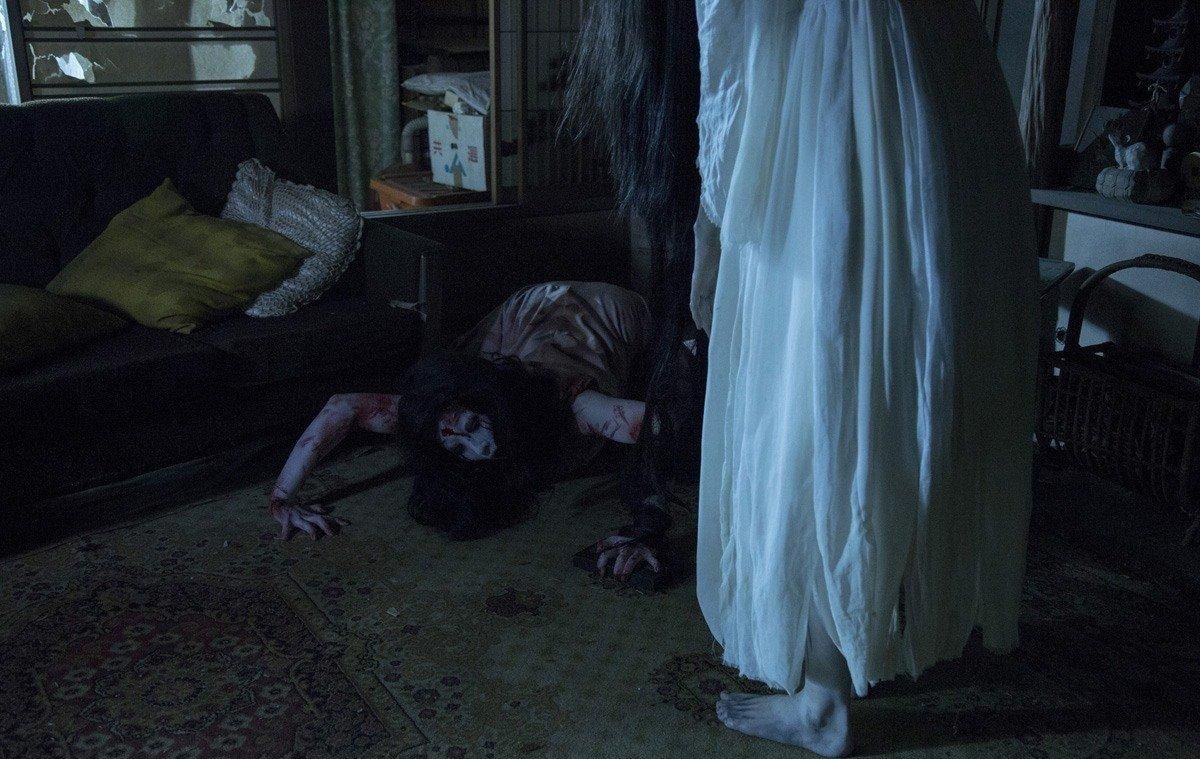 The film’s biggest flaw is that it doesn’t quite live up to its title. In fact, the titular tussle doesn’t occur until there’s only about 10 minutes left in the film. What’s amazing is that the film features more than enough fun to distract the audience of that salient fact. And when the two ghosts finally get together, their battle isn’t exactly what I’d call awe inspiring. As a matter of fact, it’s over in a matter of moments. But that doesn’t mean the film is over either, as both Kadako and Sadako have scores to settle with the schoolgirls, the exorcist, and his sidekick in a over the top climax that’s probably the scariest part of the film. I’m not gonna sit here and tell you that Sadako v Kayako scared me (It didn’t. Not for a second). But it will scare some of you, and despite the relative lack of scares, the film is so loony that I found myself in a near constant state of being entertained. I did laugh out loud more than a few times, but I wasn’t laughing at it, I was laughing with it – big difference. 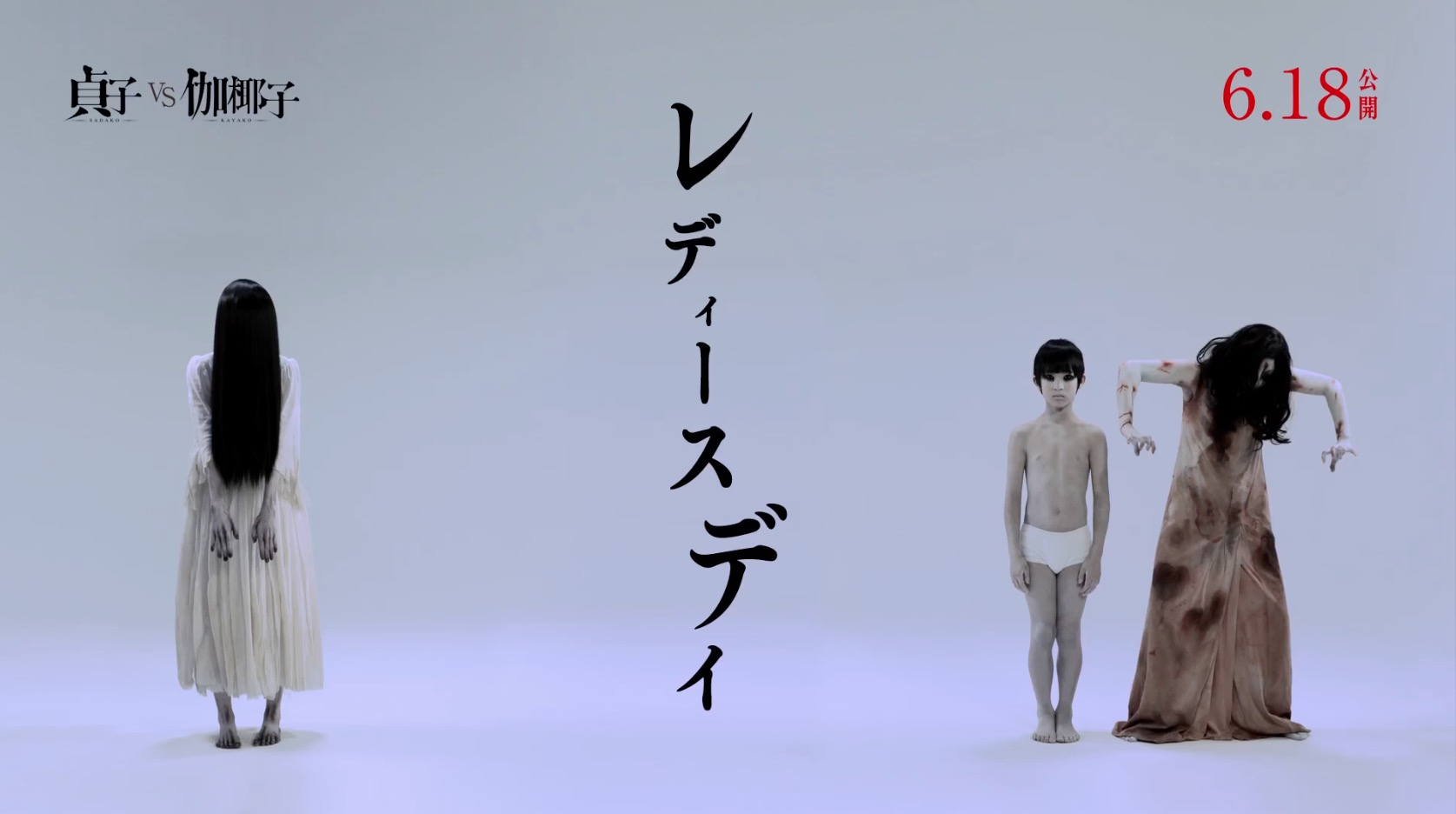 Sadako v Kayako manages to be tons of fun while remaining a really good homage to both the Ju-On and Ringu franchises. I was expecting a dour, slow moving bore of a film, but what I got was a pretty decent thrill ride that made me laugh and have a far better time than I expected to have. It’s the most fun I’ve had watching a movie so far this year, and as it’s already the 24th film I’ve seen this month – so that’s saying something.