A gentle man is afflicted by “Musica Telephobia” – fearful music constantly follows him around.

More short films, kiddies! Today we have THE SOUND OF FEAR, written and directed by Colin Campbell.

Something interesting to mention – the title card on the copy I was sent reads “A Sequence From The Sound of Fear”, which leads me to believe that this is an excerpt from a feature length film. Now, I could be wrong and the title card might be a red herring. Perhaps this is a test reel to find funding to make a feature. I can’t say for certain.

Anyway, we come into the story as Ivy (Sandra Mae Frank) is running for her life, bloody and beaten down a dark road. We see a few really scary characters chasing her, and its pretty clear they are up to no good.

Ivy stumbles onto a vacation home and begins pounding on the door for help. The people inside let her in, but she can’t seem to get them to understand what’s wrong. 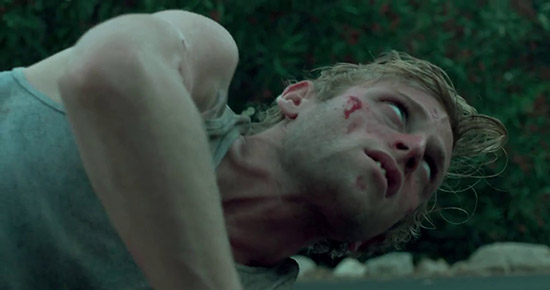 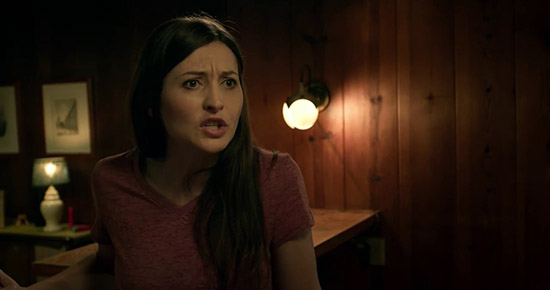 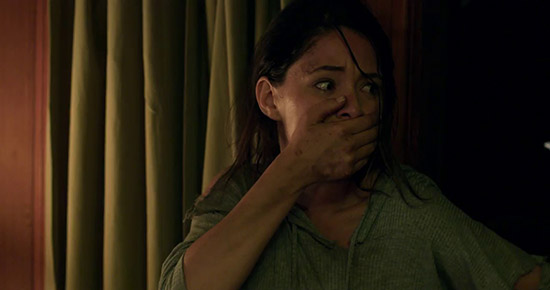 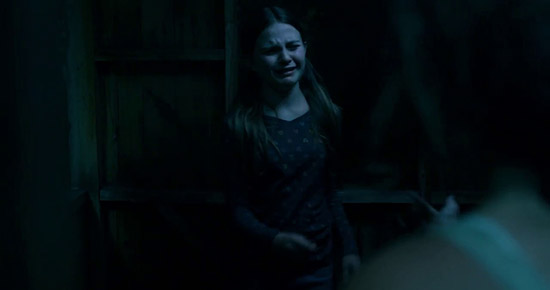 Here’s the twist – Ivy is deaf. The family doesn’t understand her signing, or her speech. Ivy tries desperately to explain that she has witnessed the murder of a police officer and the killers are now after her.

Alas, the killers have followed her to the home, and a bloodbath ensues. The vacationing couple are killed, and Ivy escapes with their 13 year old daughter.

Now the chase is on, into the woods and into the night. The little girl can’t understand Ivy either, so how to explain what’s happened and convince the child to run before its too late?

I really enjoyed this film. If it is indeed part of a larger film or a demo reel to make a larger film, I would really like to see that film. As a short story, we (the viewer) are dropped smack dab into the middle of the action. We get just enough to know that the characters are in real trouble, and we’re just as breathless trying to catch up as the characters are while trying to escape.

Using my special short scale of one to five, five being awesome, I’m giving this film 4 crowbars.