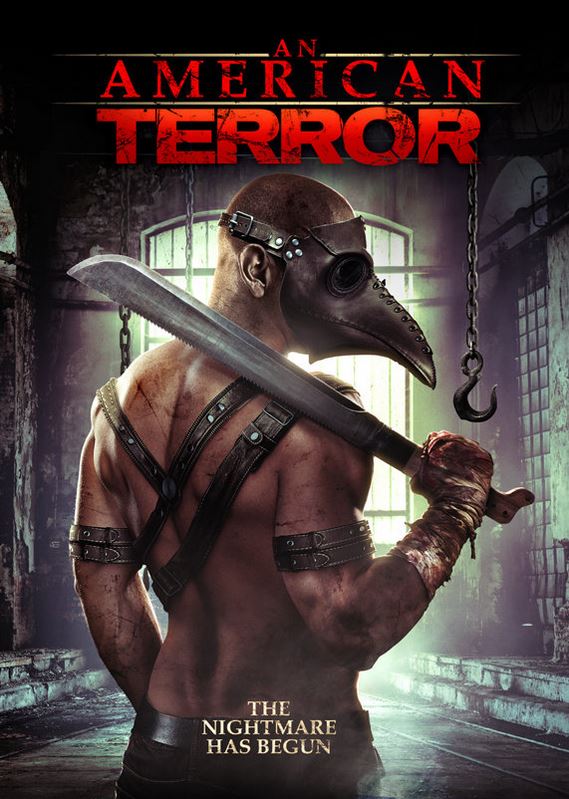 A group of friends hatch a plan to get revenge on the bullies who have been tormenting them. In doing so, they stumble upon an underground torture chamber filled with unspeakable horrors. Trapped by a madman, they are used to fulfill his demented, bloody fantasies one at a time. Their only hope for survival is to fight back and find a way to escape the killer’s bloody grip.

Any film that has the ability to pull one over on its audience, to deliver an unexpected shock, well, that’s half the reason we go to the movies, right? We want to be surprised. We go to haunted houses and ride roller coasters because we love the thrill, so when a movie does that, it’s something special. Hitchcock subverted tradition and killed his leading lady very early in Psycho; William Castle scared audiences with in-theater gimmicks.

Movies like The Blair Witch Project and Cannibal Holocaust, thanks equally to production and promotion, convinced us they were real. Then there are movies that seem to be one thing, but surprise us mid-way by turning the tables, flipping the script. From Dusk Till Dawn was billed as a film starring Quentin Tarantino and George Clooney as criminals on the run. The poster shows their faces along with a tagline about getting through the night to reach freedom. But, as we all know now, this is a vampire movie. Surprise! Unfortunately, An American Terror tried a similar approach and didn’t quite reach the same heights.

Writer/director Haylar Garcia made his first horror movie with a very specific focus in mind. After opening with an ominous setting tag of “Mayflower High School, Denver, CO… Tomorrow,” a group of jocks brag about the girls they’ve been with when they notice three kids walking across the football field. For no other reason but to be mean, they confront them, call them names, make fun of them for being poor, and eventually physically assault one. These outcast kids — Josh (Graham Emmons), Sammy (Taylor Hulett), and Ray (Joe Abplanalp) — are familiar characters: a punk kid with a Mohawk, a “nerd” with glasses, and a kid in a long, black trenchcoat.

In case it’s not already obvious where this is going, later the three are in a basement, listening to heavy music, playing video games, drawing creepy pictures, and watching a bloody movie. After their van is vandalized and a video of it is put on YouTube, we get the clincher: quick flashes of the Columbine shooters and the Aurora, CO theater shooter. Fed up and possibly inspired, they make plans for revenge, plans that involve guns, pipe bombs, and the Homecoming dance.

So this is a movie about a school shooting, or at least an attempted one, right? Not exactly. Josh and Ray go to a junkyard and try to steal some guns, but discover an underground torture room. Then a huge man (Brian Thompson, the alien bounty hunter from The X-Files) comes downstairs with a fridge, which happens to contain a classmate of theirs, Tasha (Louise Macdonald), who was on their “hit list.”

The man, credited as “The Junker,” puts on a costume consisting of lots of leather and a bird-like mask, and is ready to start killing. It is thirty minutes into the movie that this plot unfolds. So rather than focusing on the outcast kids and their plans to shoot up a school, this movie is actually about trying to escape a Hostel-style dungeon. And why do I feel safe throwing this “spoiler” out to you? Because it’s right there on the poster, the Junker standing in a torture room. And now the correlation with From Dusk Till Dawn becomes relevant, because that movie hid its secret and transitioned well, while An American Terror spoils it and stumbles along the way.

This movie isn’t the worst ever, but there are a handful of issues that make it tough to get through. The portrayal of the kids is fairly well done, as we see the three main kids for what they are: average teens who aren’t considered cool and so get picked on until they reach their breaking point. The scenario is all too familiar. The other half of the movie, the Junker and torture chamber parts, doesn’t work as well. It would appear he’s just some guy who kills people, maybe a serial killer with lots of unresolved issues (he curls up with a doll and watches cartoons at one point).

The elaborate underground torture chamber does little to invoke fear, and comes across as a less creative imitation of so many others, from Boy Meets Girl to Saw. The cat and mouse game between the killer and the kids provides a bit of tension, but it comes across a little flat in the long run (one of them needs a nap at one point, and the underground part of this guy’s trailer is almost unrealistically enormous). The “torture” itself ranges back and forth: there’s a nice scene involving a bathtub and some kind of acid, but then there’s also an unbelievable eyebrow removal. Whereas movies like The Collector and Livid are able to pull off the scenario of the people breaking into the house becoming the targets of a “home invasion” plot, An American Terror doesn’t quite get it believable or powerful enough, possibly because it already established a different story and kind of left us hanging. 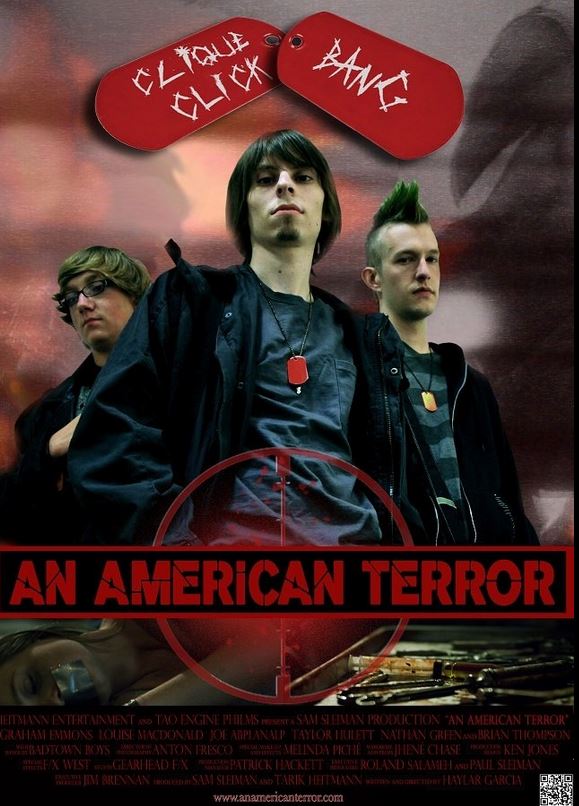 I hate to dump all over this film, especially seeing as it is clearly speaking to an American epidemic. But An American Terror is a tough sell. Even setting aside the abrupt change in plot, the ending represents the entire film in a microcosm: it hits a high point and a truly tense impasse, but once that’s resolved follows it up with a cheesy, after-school-special-eque ending. And then after the credits, it tries to hit the audience with a stinger, but not a very effective one. While the filmmaking, for the most part, is well done, I can’t recommend this one. However, the director is currently in post-production on a new horror film, Gnaw, and I’m all about second chances, especially when I see potential.