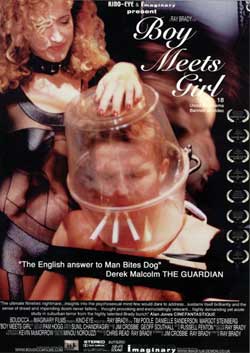 A man meets a woman in a bar, the two go back to her flat and begin watching p*rno films. The man passes out and wakes to find himself strapped to a dentist chair. The woman, along with her accomplice begin to torture the man…

How many horror movies have you seen where a seemingly normal guy, or even a straight up creep, lures a woman (or women) back to his place (or lair, or dungeon) and sets about torturing them in creative (and sometimes not so creative ways), for little to no reason? Don’t think too hard on it, this is supposed to be fun, after all. The answer is a lot of times. There are a ton of movies like that, from the smallest of underground indie films all the way up to the big budget Hollywood stuff. How often have you seen it the other way around? If you’re having problems with the second question on the quiz, you’re not alone – we have significantly fewer horror movies about crazy women. Enter Boy Meets Girl. 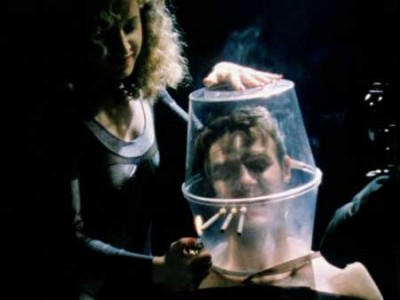 Guys, imagine if you will…you’re at the bar, doing some people watching (more like lady watching, really), when an attractive blonde sits next to you. A few drinks later, you two are making out at her place. She makes you a drink, then puts on a dirty movie. You’re in the middle of some “smooth” comment you’re sure she’ll fall for when you start to feel tired. And sick. And you get up to go to the bathroom, but instead pass out on the floor, and when you wake up, you’re not on her couch anymore, you’re bound to a dentist chair, stripped down to your underwear. You don’t even have time to explain that you’re not into the kinky stuff before you see the knife she’s holding and realize that this isn’t a game, this is real. 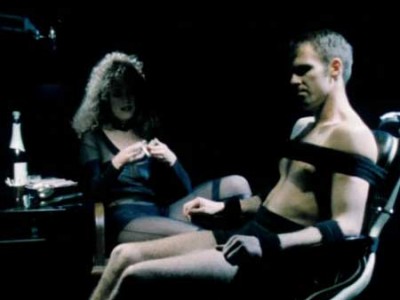 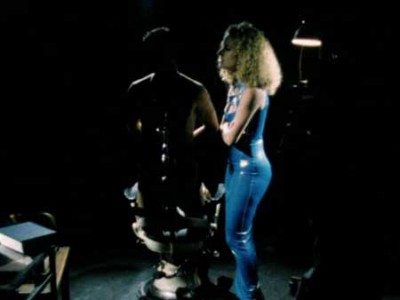 At the beginning of Ray Brady’s Boy Meets Girl, everything happens so quickly, and then for the next ninety minutes or so, we watch as Tevin (the guy from the previous scenario, played by Tim Poole) is ridiculed, tortured, and tormented by the woman he was trying to get in bed with (Anne Marie, played by Margot Steinberg). But maybe Tevin was lying when he said he was single, and maybe he’s not such a nice guy after all. And maybe Anne Marie has been watching him for a long, long time now. But they’re not alone; someone is filming the whole sadistic inquisition. When we find out that this isn’t the first time Anne Marie has done this, and notice the “dirty movie” from before was her with a previous victim, we the audience find ourselves in a tough place – who do we root for when it doesn’t seem like there’s a “good guy” in the scenario? 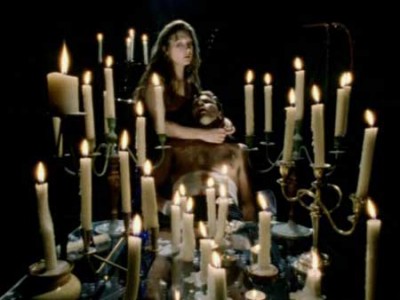 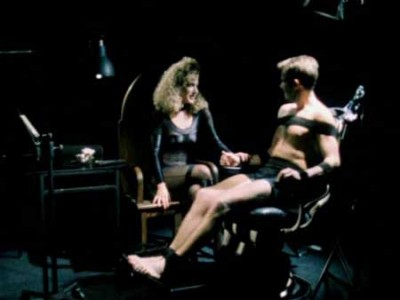 Boy Meets Girl isn’t like Hostel, or Saw, with sneaky traps and exotic weapons used to chop up random, incidental victims. This is just as much about psychological torture as it is physical. Tevin is outed as someone who regularly sleeps around on his wife, so Anne Marie gives him the impression she might have AIDS, then drips her own blood into an open cut on his hand. She puts a big plastic helmet over his head, then lights three cigarettes on it and lets him choke for a while on the smoke. She show him photos of his family enjoying life without him, tells him that his wife has been sleeping with his boss for years and now, with him gone, doesn’t have to hide it. Eventually, the person doing all the filming takes off their mask, and just when we think things might get better for Tevin, they actually get a whole lot worse.

This is a very well written and well acted movie. Boy Meets Girl has only three main characters, and each one does a great job in their roles. The torture is subtle for the most part, even the physical stuff – hand in a microwave, an injection of LSD, a bit of at-home surgery – meaning we never get to the level of ridiculous that so often occurs in “torture P*rn” films. The major fault I found with the movie was that it gets a bit slow and redundant at times. We stay in one setting for pretty much the entire running time, with scenes and time separated out with title shots, leaving us confused as to how much time really has gone by. It’s a 90 minute film that feels closer to two hours or so, and seems like it could have been cut down to about 70 or 75 and still worked just fine. 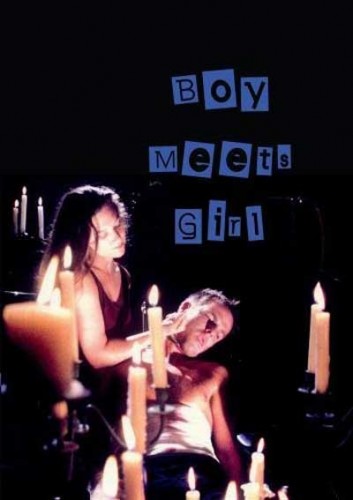 Don’t get me wrong; I liked the concept of Boy Meets Girl quite a bit. It leaves you wondering, with some questions not answered, but walked around, and others answered with a question of its own. There are a couple twists, one around the midway point, and another at the end, that both make you rethink what you thought you knew so far about the story. And to see the rare female antagonist, one who is not necessarily out for revenge against some guy who did her wrong, but instead a sociopath following her own rules, is refreshing for sure. This is definitely one to check out. 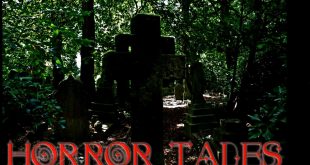