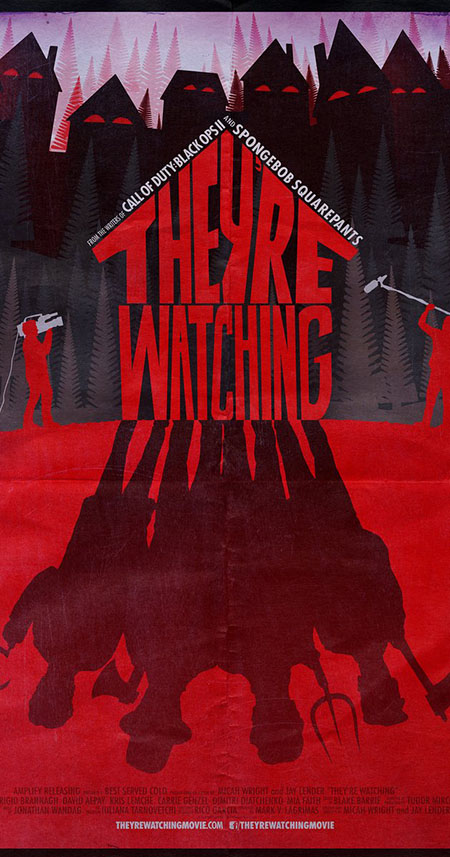 The renovation of an old house in a village somewhere in Eastern Europe will bring the crew of an American home improvement television show up against superstitions, misunderstandings, and bloody violence.

REVIEW:
When I was a kid, the slasher movie was a big thing. After the success of Halloween, it seemed like everyone was trying to add to the genre. They were movies that could be made for cheap and give back big returns under the right circumstances. It gave up and comers a chance to shine, so the market was glutted with them. The problem is that so very few of them were actually good or entertaining. The slasher went away for a while until Scream was released in the 90s. Then the whole thing slasher cycle started again, except everyone was copying the mold set by Wes Craven instead of John Carpenter. However, the over-abundance of crap movies once again caused the slasher to fade away. 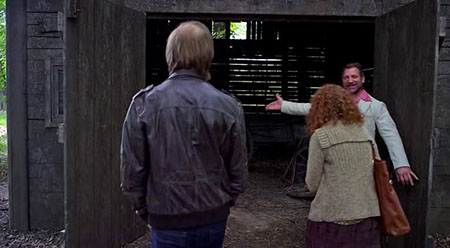 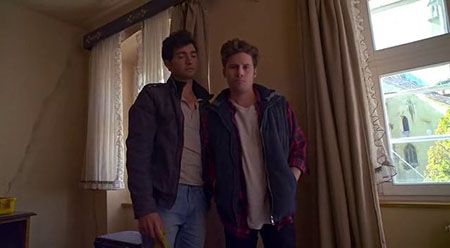 I bring this up because the found footage genre seems to be following in the same footsteps. They can be cheap to make, can bring in a nice profit, and it’s easier for new directors and actors to put together. However, there’s so many of them out there now that finding quality films amongst the crowd is much harder. There’s also so many entries that we all seem to be getting tired of seeing them. It takes a lot to stand out now, and They’re Watching definitely tries its best.
Instead of following annoying jackasses trying to capture evidence of the supernatural on tape, we get the story of annoying jackasses that work for one of those shows about people who take dilapidated homes and turn them into works of beauty. The crew is following up on the Goran and Becky, who purchased a home in the countryside of Moldova. The house in question looked pretty lucky to be still standing, so the show runners wanted to see if the couple were able to fulfill Becky’s vision for their new abode. Shortly after the Americans arrive in Moldova, they start upsetting the superstitious locals. Things escalate to the point that the film crew is trapped with Becky in her home, surrounded by violent villagers who have a history of burning people at the stake under suspicion of being witches. 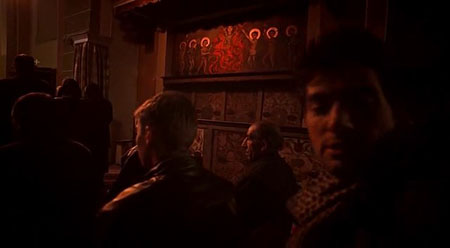 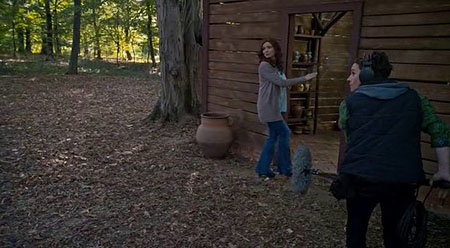 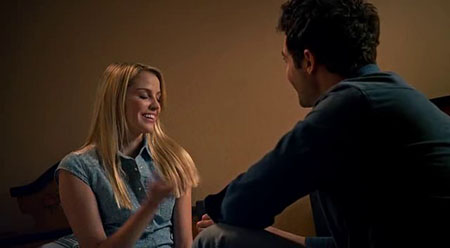 As I said, it takes a lot to stand out in the glut of found footage flicks, and They’re Watching doesn’t really do enough to do so. That’s not to say the movie is particularly bad. For instance, the acting was pretty decent all the way around, which is not overly common. Instead of being made up of nothing but newcomers, we get a bunch of experienced performers who, for the most part, do excellent jobs. I thought Brigid Brannagh in particular impressed me. in her portrayal of Becky.  She was able show vulnerability in some scenes while at the same time give you a sense that there’s something more to the character under the surface.
However, our main characters of Greg, Sarah, and Alex aren’t particularly likable. No amount of acting can help when the people they play come across as jerks. For instance, there’s a scene of Greg and Sarah sneak a camera into a church when they’re told they weren’t allowed to film the mass. They get caught in the act, and the locals are understandably outraged. It’s this kind of arrogant behavior and lack of respect for other cultures that makes it hard to really connect with them and care about their fate. The film has similar scenes of them antagonizing people, including each other, that almost made me root against them. 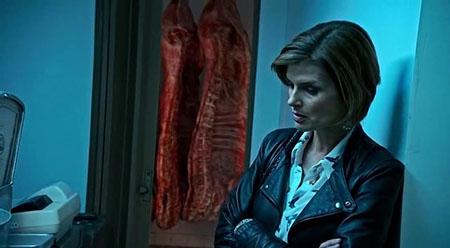 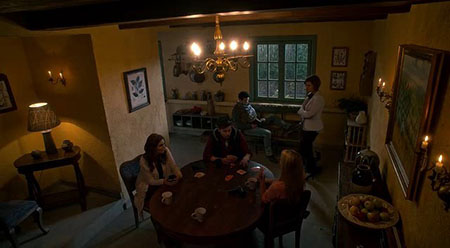 It doesn’t help that the movie doesn’t break from the same structure we’ve seen in countless other found footage movies. We have characters that feel the need to film everything, even when unnecessary. We get the same structure of a few scenes of tension that show a slow escalation of events, but nothing really happens until the end of the movie. We’re even treated to the classic “We can’t get a signal on our cell phones!” scenario. If you’ve seen any other entries in the sub-genre, you know what you’re going to get. However, They’re Watching at least did what it did well for the most part, and they did a good job of letting you learn about the history of the village through the main characters’ eyes. It helped set up for the movies climax. However, it would have been nice to see the movie take a fresher approach to the story. 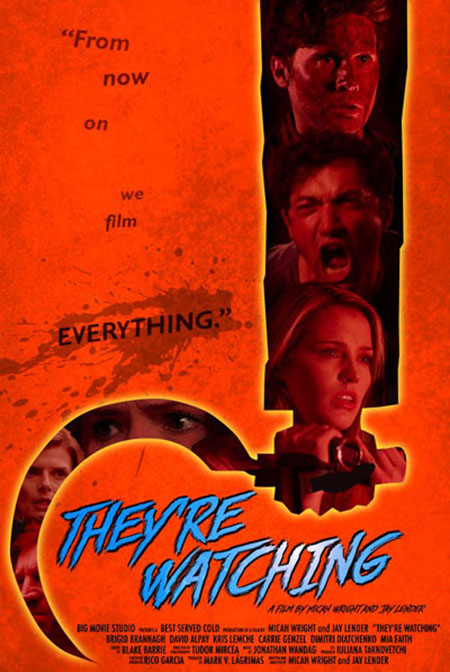 The ending is where the movie manages to both shine and become unintentionally hilarious (at least to me). After the characters manage to further upset the townsfolk, they find themselves trapped at Becky’s house. Once the first dead body is found, the tension ratchets up several notches until things escalate into an explosion of shocking violence . However, cheesy CGI brings down the effectiveness of the scene. The effects actually caused me to start laughing as the body count climbs to ridiculous levels within a five minute time frame. While it started to seem silly, it was at least amusing. 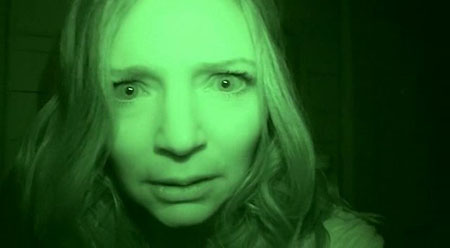 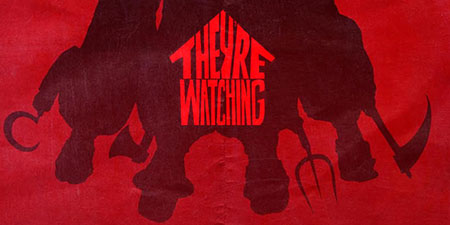 They’re Watching is not a bad movie overall. It’s never boring and manages to slowly build tension until the end. While the climax didn’t have the effect intended, it still was a lot of fun. While it did confirm a suspicion I had of where the movie was going, even I didn’t predict how insane it would get. That’s not a bad thing. While They’re Watching is a decent enough flick, there are other found footage flicks that are better and even more that’s worse. However, if you’re looking for something that adds something new to the genre, this is not that movie.
Share