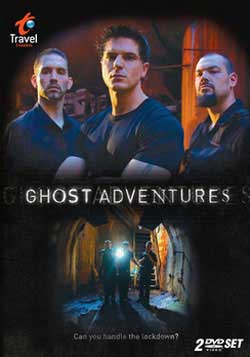 Ghost Adventures is a weekly American paranormal television series that premiered on October 17, 2008 on the Travel Channel. Currently produced by MY-Tupelo Entertainment (a merger of MY Entertainment and Tupelo-Honey Productions),[1] the program follows and stars ghost hunters Zak Bagans, Nick Groff, and Aaron Goodwin, as they investigate locations that are reported to be haunted. Hosted and narrated by Bagans, the show initially airs new episodes on Fridays at 9:00 PM Eastern Time on the Travel Channel. The tagline of the series is: “Can you handle the lock down?”

There have been plenty of ghost hunting series to emerge on the range of networks and program lists in the current times. The question though really is, do we really need another one?

By all standards, we have seen some come and go so fast they barely had chance to complete their first season, while others seem to generate off-shoots and legions of new watchers. “Ghost Adventures” in name sounds like a stretch, but the Travel channel has a slot open for a ghost show and this one happened to fit the bill.

I watch these things occasionally though much tend to drag on, bore and spend alot of time finding needles in a haystack to elements that aren’t really there. Sure they all want to catch that money shot moment, but I really get the feeling that ghosts have caught on to the network games and are quite bored with the ride themselves. So enter a new player sporting 3 young guys who by standards appear to have purchased a few cameras while having the guff to convince a network that they are the real deal. As far as qualifications, well I really couldn’t tell ya. I mean they are organized enough to make it work and pull off a TV show…so maybe they are worth a look.

It didn’t take me too long to become a fan based on maybe all the wrong reasons. Then again, it doesn’t really matter as long as the show appeals enough to entertain right? Well there is no denying that these fellas take on some pretty haunted places. All the conditions are right and if I were a ghost I’d probably haunt these locations myself. What makes for entertainment is the approach and attitude they provide. the premise is that the 3 of them are locked in a location for a night. They detail before hand all the haunted locations within per local tales and mark them with an X. Then the facilitator locks them in for the night to release them upon morning.

Usually they walk in the dark with only the camera infrared to guide them. Which in itself provides a sort of comedy relief. They walk about swearing up a storm, taunting the ghosts and calling them out to appear on tape. Of course this vaguely works, but they do get a pretty fair share of being spooked themselves. It contains all the traditional signs…cold spots, orbs, some EVPS, strange noises…that kind of thing. What makes the ride so entertaining is that these guys are hilarious to watch. ..aka “yo bro, something totally just touched my shoulder…..cmon ghost, you wanna play..here I am!” Ya there plenty of dude talk and shenanigans. Did I just write “shenanigans? Well it will make sense once you sit thru a few of these. The locations though are pretty interesting with some heavy reasons to conduct an investigation. A few include: Bobby Mackey’s, Haughton Mansion and Mondsville Penitentiary. There are a few occasions that seem to be legitimately creepy with shadows, noises and spirit activity. In short their approach feels more like a bet at times ….spend the night and make it to the morning. The show contains the on screen collaboration of Zak Bagans, Nick Groff and Aaron Goodwin.

You get the sense that the leader Zach wants to kick the ghosts ass, but then when something happens takes to the hills. Now that’s good stuff. Called the “angry ghost show”, it’s a literal riot that combines bro talk with plenty of scripted intelligent voiceovers. I’ve often wondered if these 3 walked into the “Travel channel” and said…yo check it out, we ain’ t afraid of these ghost bitches, give us a show.

In all when all is said and done, ghost Adventures is by far my fav ghost show on TV. Whether you take them serious or not, its fun to watch. This first season visits some pretty creepy places, so gear up and see if you’d actually have the balls to sit thru the night….. 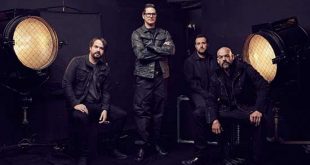