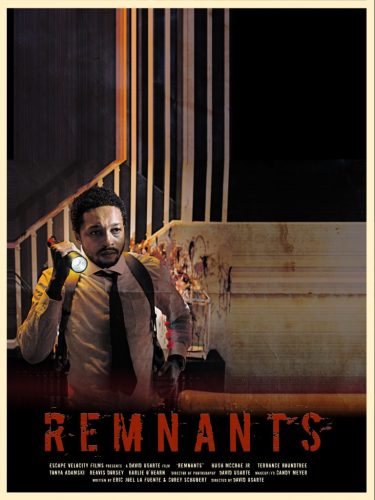 The short horror film Remnants is now available to watch free online, celebrating the use of old-school practical effects in a modern detective story brimming with dread and violence.

Remnants follows two homicide detectives and a medical examiner investigating the worst crime scene in a suburban neighborhood’s history. Among the remains of a butchered family, the detectives find evidence of a crime so horrific that remnants of an unspeakable evil still lurk in the home.

Filmmaker David Ugarte is the award-winning director of the grindhouse short Hell of a Deal, a fan favorite at Phoenix Comicon. His other shorts include The Crate and Fifty-Two.

Remnants stars Hugh McCrae Jr. (Girl in the Box, Check Please), Terrance Roundtree (Stealing Sunrise), Tonya Adamski (CUPIC: Diary of an Investigator), Reavis Dorsey (Hell of a Deal, Fifty-Two) and Karlie O’Hearn (Controlled Minds, The Voice That Was Louder Than Before). The film was written by Eric Joel La Fuente and Corey Schubert (co-writers of Hell of a Deal, Fifty-Two).

“I set out to make a movie that would be especially fun and exciting for lifelong fans of the horror genre, like myself, who grew up on flicks that used creative practical effects to bring nightmares to life,” said Ugarte, who co-produced Remnants through Escape Velocity Films.

Updates about the project can be found at www.facebook.com/EscapeVelocityFilms. 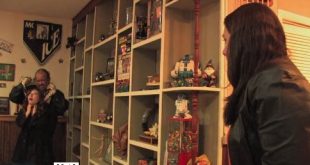