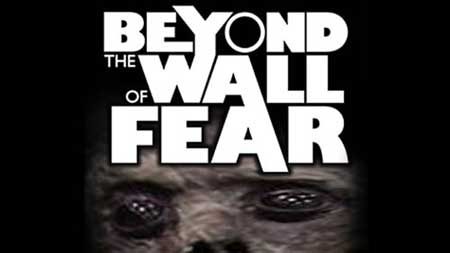 Strange experiments…mysterious monsters…Lovecraftian horror…telekinetic bloodletting…ravenous insanity…merely a sampling of what lies…BEYOND THE WALL OF FEAR! Eight twisted tales envelope you in the dark evil that whispers just below the surface of reality

By all measures, I shouldn’t have liked “Beyond the Wall of Fear.” It’s corny, the acting is amateurish, and it looks like they spent all of 50 bucks on the thing.

That being said, I couldn’t help rooting for this picture.

“Beyond the Wall of Fear” is directed by Joe Sherlock, who I am dubbing the Fred Olen Ray of the Pacific Northwest. And I mean that as high praise. It’s an anthology (yes, I know. I’m tired of them too, but stick with me). It features eight independent stories. Like all anthologies, some are better than others. 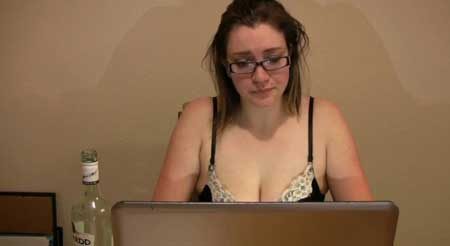 The first story involves a young woman being tortured by vivid dreams. The second, perhaps my favorite, involves two men searching for an Ancient Evil. The third, also very good, involves a widower who runs into trouble walking his dog. The fourth is maybe the most ambitious. It involves a writer who finds herself in a Lovecraftian nightmare. The next story starts with two young lovers on a date that takes an unexpected turn. The sixth spins a fun yarn about witches. And the final two stories, the weakest of the bunch, feature a desperate junkie and a virus that is making people go mad, respectively.

Starting with what I didn’t like, I felt they could have woven the stories together much better. I actually wasn’t aware it was an anthology until the third story. A narrator would have done the job just fine, but it occurred to me they could have had each story lead into the next. Watching it, I could see how that could have been done very easily. There is a half-hearted attempt to bring back a character from the first story at the end, but it doesn’t work. The soundtrack is also a liability. It’s too dour and overproduced for the what is happening on screen. A lighter, more fun approach to the music would have really helped sell the stories. Perhaps something like the sadly forgotten “Rock and Roll Frankenstein.” Also, I wish they’d done away with the special effects all together instead of the cheesy ones they did attempt. Shadow and the art of implying are the no-budget filmmaker’s best friends. 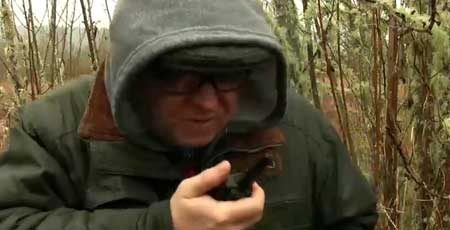 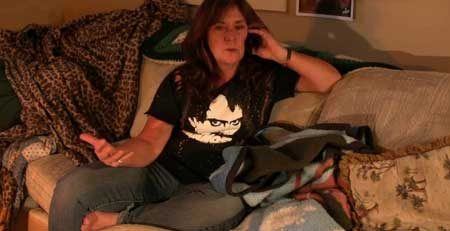 That being said, I enjoyed the hell out of this silly little movie. And, being an honest reviewer, that’s partly due to nostalgia. This took me back to my college days. My roommate and I were the two biggest horror nerds in Gainesville, FL. We would scour the local video stores looking for flicks neither of us had seen yet. We’d go to Best Buy and rummage through their bargain section for treasures. We found a lot of shot on video cheapies that “Beyond the Wall of Fear” brings back to mind. Some were good, most were bad, but we had a blast looking for them. That tactile experience of going to a video store and finding something new can’t be replaced with Netflix or video on demand.

But “Beyond the Wall of Fear” has more than that going for it. Even though any filmmaker with a newish DSLR can make a movie indistinguishable from something shot on actual film, Mr. Sherlock and his team go with a lo-fi aesthetic. You’re definitely watching something shot on video. At first I thought that was a mistake, but as I watched the movie, I realized that was the way to go. It really sets the mood for the whole picture. That’s not to mean that the cinematography is bad. I liked their use of lighting and framing in several scenes, especially the second story that has a film noir thing going for it. 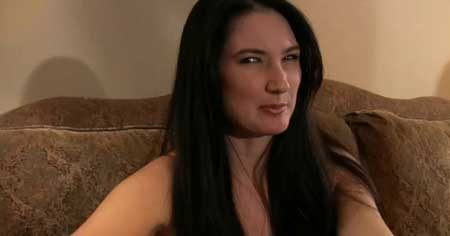 I also like the inclusive casting. Where most horror movies cast young, conventionally attractive actors, this film features people of all ages and body types. My only concern is that some of the more immature viewers of the film with assume they’re making fun. In fact, this movie celebrates people of all sizes. It’s very body-positive, and that’s nice to see for a change.

In the end, I enjoyed this movie. Their “let’s put on a show” attitude glosses over any flaws, and the fact that each entry is short insures it doesn’t overstay it’s welcome. I suggest the next time you and a few of your horror movie loving buddies want something on in the background while you’re hanging out, put on “Beyond the Wall of Fear.”