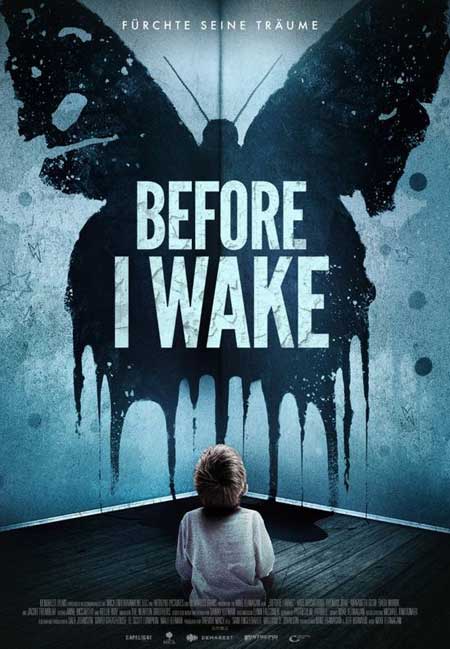 A young couple adopt an orphaned child whose dreams – and nightmares – manifest physically as he sleeps.

Little Cody is a special boy. Sweet but reserved. Eager but cautious. Loving but damaged. Oh, and when Cody sleeps, his dreams spring to life and intersect with the real world in the most amazing and wondrous ways. Most of the time, at least. But sometimes, when Cody struggles with his darkest nightmares and most intimate fears, his inner demons reach out savagely to threaten and endanger everyone around him.

Before I Wake, director Mike Flanagan’s latest, turns out to be a pretty standard issue, paint by the numbers horror-thriller of the think-twice-before-you-take-in-that-stray-child variety. Despite some solid performances, slick production values, and effective creature design, Before I Wake definitely drags in places, with moments of suspense and shock too few and far in between.

While Cody’s special power is the engine driving the film, Before I Wake unfolds primarily from the point-of-view of grieving mother Jessie (Kate Bosworth, Superman Returns). Together with her husband Mark (Thomas Jane, The Mist), Jessie finds herself mired in depression and despair after the accidental drowning of their young son, Sean (Antonio Romero). Jessie and Mark open their home to Cody (Jacob Tremblay, the extraordinary young actor from Room), who has previously been shuttled from foster home to foster home, though the mysterious circumstances surrounding his previous stops does not come to light until late in the film.

Soon after they take him in, Cody sees a picture of Sean and begins to dream about him, giving Jessie and Mark the opportunity to speak to and be with their young son whenever Cody is sleeping. But Cody doesn’t like to sleep, because of the lurking presence of an evil manifestation of his own worst fears that warns Cody sinisterly that it will always be with him. Eventually, the thing from Cody’s nightmares finds him again, haunting his sleep and endangering Cody’s classmates and family.

Emerging genre director Mike Flanagan has been busy lately, putting out some of the more interesting and effective movies in the horror and thriller categories. His recent traditional genre release, Oculus (2013), is a bit over-produced but was very well-received and demonstrated a good flare for mounting horror and seat-of-your-pants scares; and his smaller-budget Hush (2016) is a highly effective, suspenseful home invasion thriller that has become a bit of a sensation since hitting the steaming services earlier this year.

Along with Oculus and Hush, his micro-budget feature Absentia (2011), and upcoming genre pictures Ouiga: Origin of Evil (2016) and Gerald’s Game (2017), Flanagan is carving out a comfortable niche for himself as an accomplished genre director and potential future master of horror.  He seems comfortable slipping back and forth between traditional horror and more suspense-focused thriller, and appears to be equally adept at both.

With Before I Wake, though, Flanagan sort of splits the baby (no pun intended), delivering a somewhat dual-personality movie that feels like it wants to be a thriller but succeeds best when it flares into full-blown horror. Its nightmarish villain (whose spoiler-ish name I will avoid here) is the best thing that the film has going for it, and the all-too-few moments that it screams onto the screen are truly top-flight moments of horror. Seemingly composed of angry swarms of otherworldly moths and twisting itself into terrifically maniacal poses, the thing recalls something from the imagination of Guillermo del Toro, which is not to suggest that it is derivative…but rather as the highest of compliments. 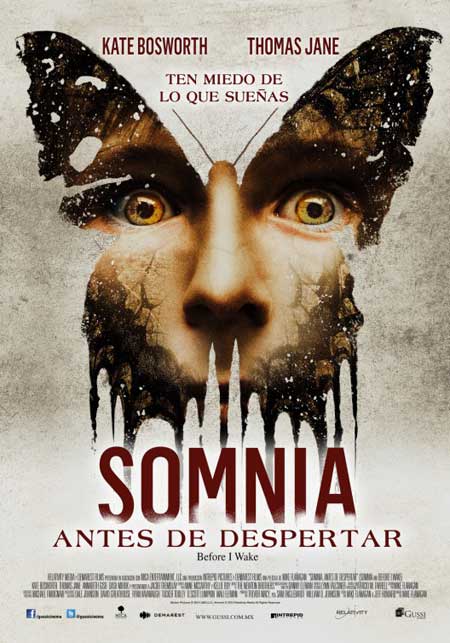 Late in the film, however, Before I Wake simply loses steam. Just when it seems to be blossoming into the best version of itself, the film abruptly changes direction and gets frustratingly bogged down in trying to explain the mystery of the shadowy creature that stalks Cody’s nightmares. Before you know it, the final chapter of Before I Wake has devolved into an uninspired—and, in some regards, downright offensive—origin story of the creature, and the urgency of the narrative and momentum of its most effective scenes has dissipated into the ether in the same way that Cody’s manifestations evaporate upon his waking.

One minute you’re engaged in a compelling, gripping horror film…and the next minute—POOF!—just like that, it’s gone.