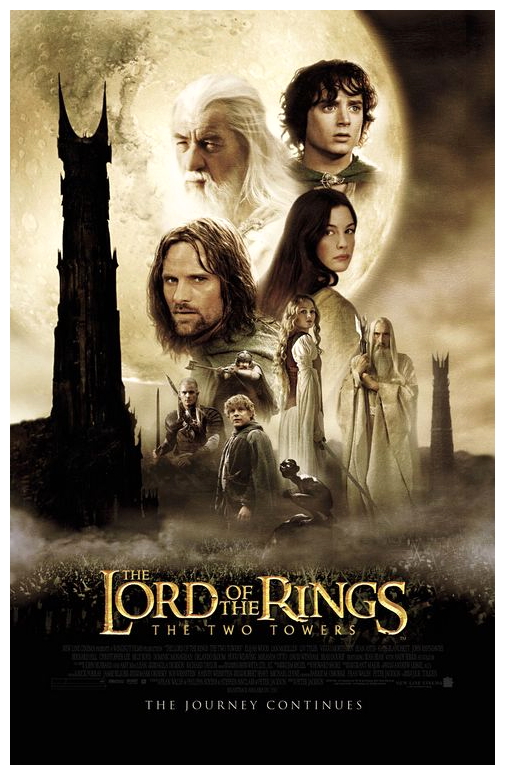 “The Fellowship has been broken. Boromir is dead, Frodo Baggins and Samwise Gamgee have gone to Mordor alone to destroy the One Ring, Merry and Pippin have been captured by the Uruk-Hai, and Aragorn, Legolas and Gimli have made friends of the Rohan, a race of humans that are in the path of the upcoming war, led by its aging king, Théoden. The two towers between Mordor and Isengard, Barad-dûr and Orthanc, have united in their lust for destruction. The corrupt wizard Saruman and his slimy assistant Gríma Wormtongue, under the power of the Dark Lord Sauron, have created a grand Uruk-Hai army bent on the destruction of Man and Middle-Earth. The rebellion against Sauron is building up and will be led by Gandalf The White, who was thought to be dead after the Balrog captured him. One of the Ring’s original bearers, the creature Gollum, has tracked Frodo and Sam down in search of his ‘precious’ but is captured by the hobbits and used as a way to lead them to Mount Doom. The War of the Ring has now begun.” (courtesy IMDB)

The first live-action film adaptation of J.R.R. Tolkien‘s perennially best-selling The Lord Of The Rings trilogy (published 1954-1955) must surely rank as one of the most audacious endeavours in movie-making history. Shot simultaneously but released in three instalments – The Fellowship Of The Ring (2001), The Two Towers (2002), The Return Of The King (2003) – it drew to a close director Peter Jackson‘s lifelong cinematic ambition of adapting the books for the screen. Making excellent use of Jackson’s native New Zealand scenery, the three films not only put NZ on the map as a major movie-making destination, but reinvigorated the NZ tourist industry to boot. The trilogy did sensationally well at successive Academy Awards ceremonies, winning a total of seventeen Oscars. The Return Of The King won all of the eleven awards for which it was nominated, matching the total garnered by Titanic (1997) and Ben-Hur (1959), and surpassing the previous ‘clean-sweep’ record of nine Oscars of nine nominations for Gigi (1958) and The Last Emperor (1987). 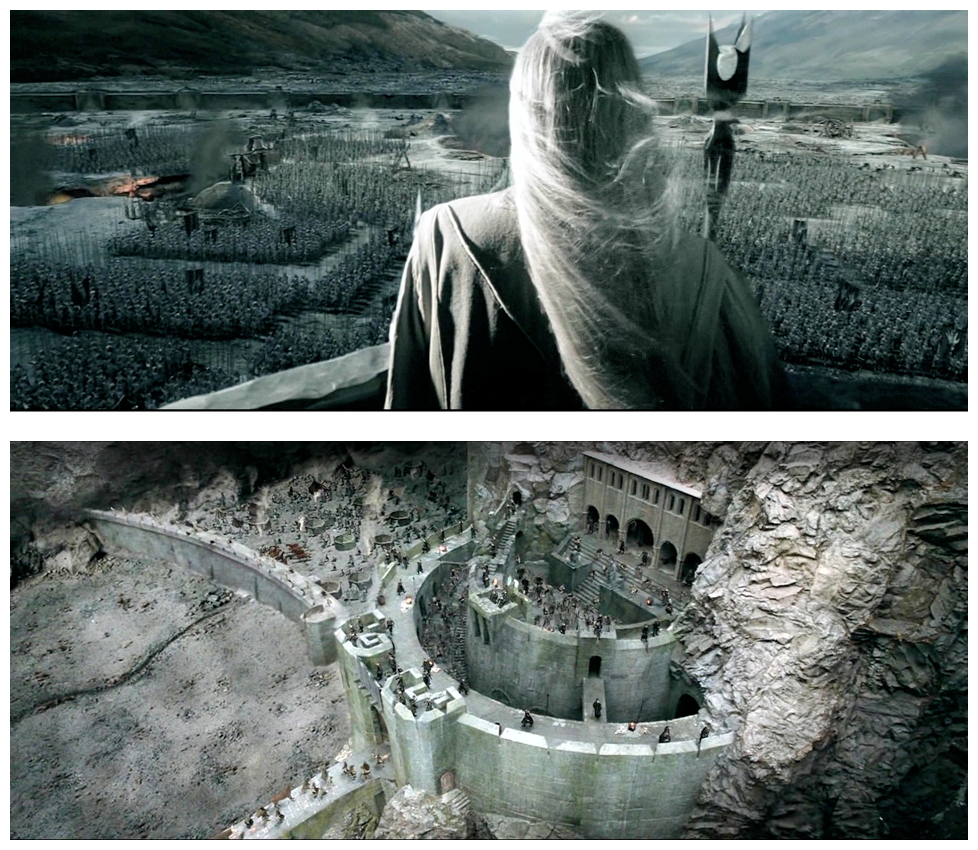 The Two Towers continues what Jackson started so impressively with The Fellowship Of The Ring, confirming in the minds of viewers and critics that the brilliance of his first entry was no fluke. Picking up where the last film left off, The Two Towers re-visits the battle between wizard Gandalf (Sir Ian McKellen) and his demonic opponent from the mines of Moria, the Balrog, following these two fierce combatants into the very bowels of the earth. Meanwhile, the formidable trio of Aragorn (Viggo Mortensen), Legolas (Orlando Bloom) and Gimli (John Rhys-Davies) search for their comrades Merry (Dominic Monaghan) and Pippin (Billy Boyd). Stalwart Frodo (Elijah Wood) and Sam (Sean Astin) form an uneasy alliance with a wretched mysterious creature named Gollum (Andy Serkis), and make their way to the vile land of Mordor with the dreaded One Ring in tow. 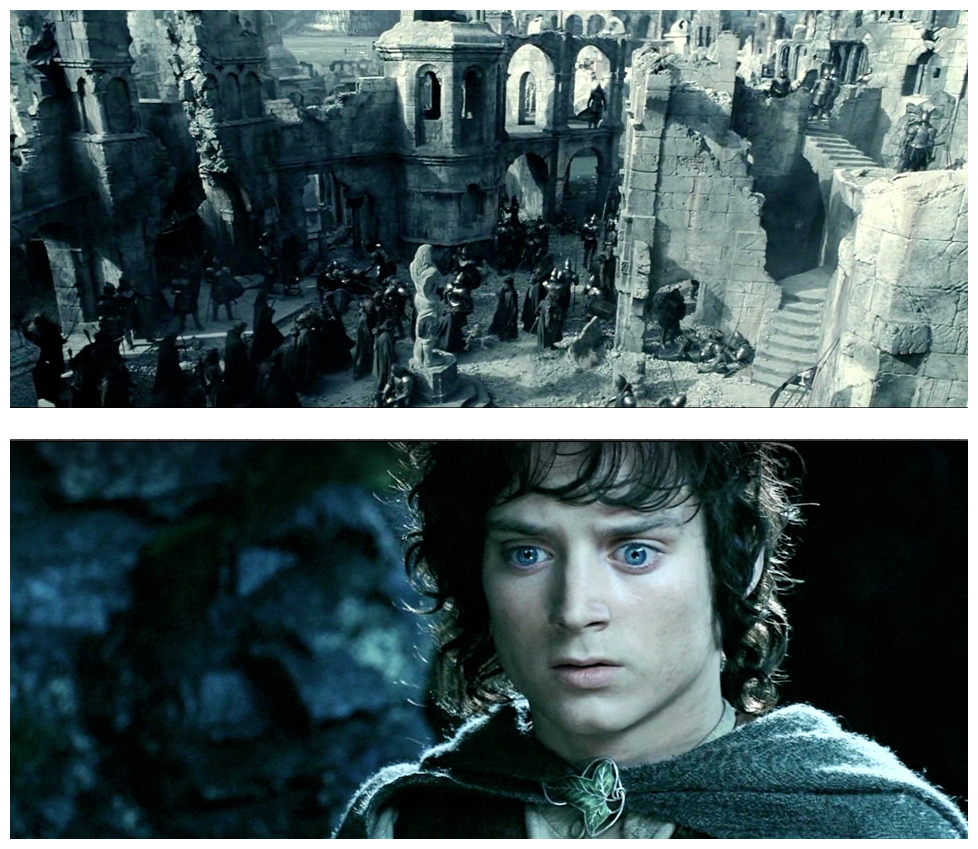 As Huruk-Hai forces attack the newly-rejuvenated King Théoden (Bernard Hill) and his people, Treebeard (John Rhys-Davies) and his fellow Ents lay siege to the stronghold of Saruman (Christopher Lee), seeking revenge for the slaughter of their forest brethren. The Two Towers lacks some of the lyrical sense-of-wonder that characterised its predecessor, as Tolkien’s saga now moves into heavy war mode on several fronts. The biggest set-piece along these lines is the massive Uruk-Hai attack on Helm’s Deep, where the noble King Théoden has congregated his imperilled people. But there are other significant battles as well, all breathlessly staged and edited, including an outdoor attack on the refugees, the siege of Gondor and, most impressive of all, the towering Ents’ retaliation against an unwise assault on the natural world instigated by warmongering wizard Saruman. 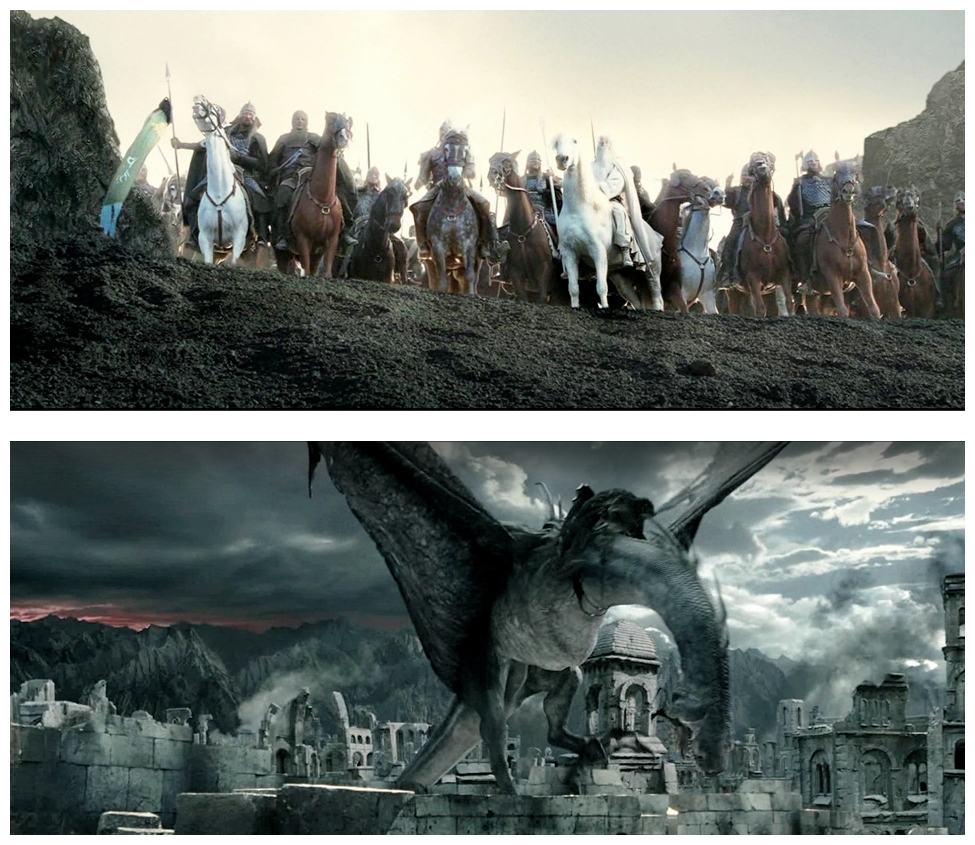 Which brings me to the wonderful new characters spotlighted in The Two Towers. First and foremost is Andy Serkis as the twisted Ring victim-coveter Gollum, glimpsed briefly and tantalisingly in The Fellowship Of The Ring. Here he emerges as a fully-fledged major character, interacting with Frodo and Sam as he guides them to Mordor. Serkis is never less than amazing, whether giddily catching a fish for breakfast or literally arguing with himself as he fathoms the true motives of his new hobbit ‘master’. Almost as interesting is the sentient forest entity known as Treebeard, an unexpected ally who is persuaded by Merry and Pippin to join in the fight against Saruman. The scene where all of the living, walking trees of Fangorn Forest congregate to discuss their options is a standout, as is their climactic raid on Saruman’s hellish stronghold Isengard. 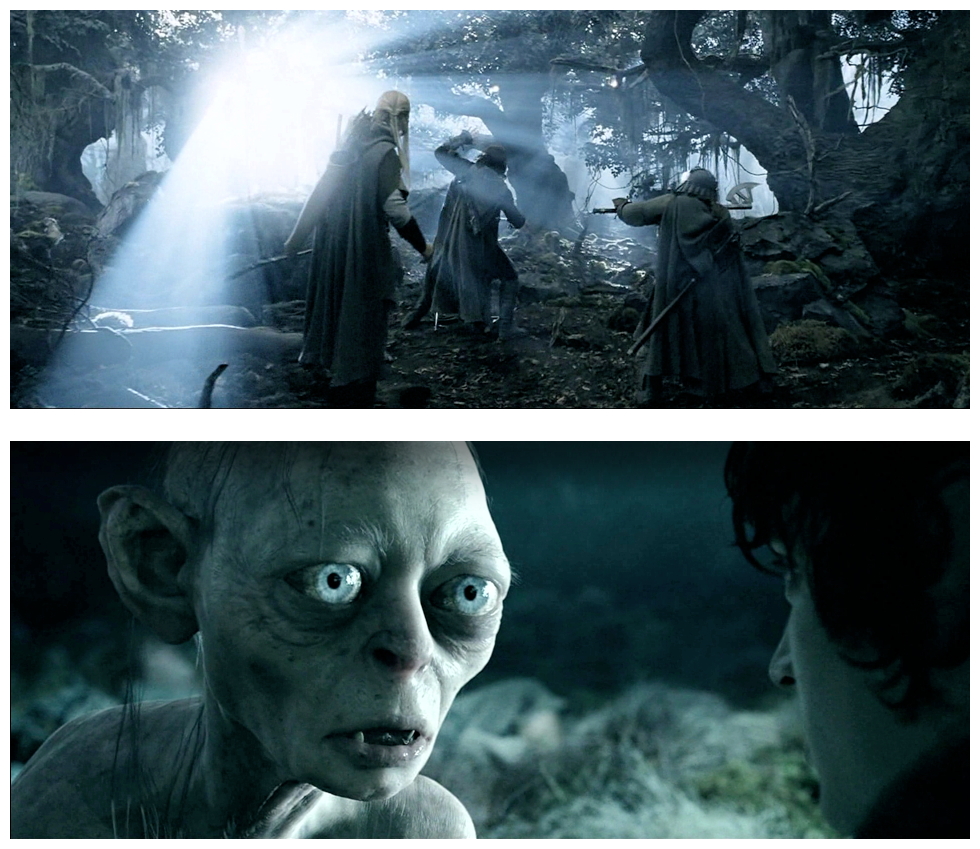 Also new to the storyline is Brad Dourif as Saruman’s slimy ally Grima Wormtongue who, when not indulging in evil manipulations, also happens to covet King Théoden’s comely niece, would-be warrior Éowyn (Miranda Otto). In order to complete the special effects for The Two Towers, Weta Digital had to double their staff to more than 500 technicians and produce 73 minutes of digital effects for 799 shots. Weta began animating Gollum back in 1998 to convince New Line Cinema they could actually achieve the effect. Serkis provided his voice and movements on-set, as well as performing in the motion-capture suit later on. His scenes were filmed twice, with and without him. Originally, Gollum was set to solely be a CG character, but Jackson was so impressed by Serkis’ audition tape that they used him on set as well. While the novel hints at a division within Gollum’s mind, the film unmistakably depicts him as schizophrenic. The two personalities (childlike Smeágol and evil Gollum) are established when they argue about trusting Frodo and Sam. 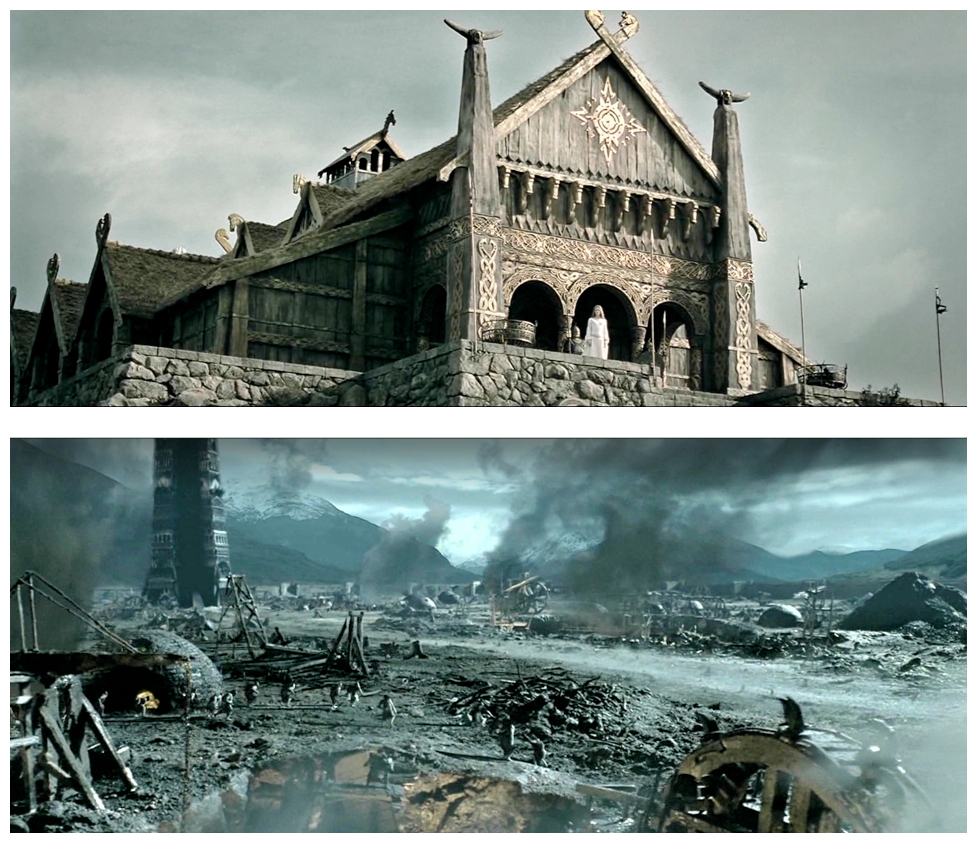 The two personalities talk to each other, as established by contrasting camera angles and by Serkis altering his voice and physicality for each persona. Treebeard the Ent took about 38 hours per frame to render and, for scenes where he interacts with Merry and Pippin, a 4.3 metre-tall animatronic puppet had to be built. The actors sat on concealed bicycle seats so they could be left alone on set during breaks, sitting comfortably in the puppet’s hands. As with the first and third films, the magnificent musical soundtrack was composed by Howard Shore. While the scores for its predecessor and sequel won the Oscar for Best Score, the soundtrack for The Two Towers wasn’t nominated at all. The reason being the Academy had recently made a ruling to disqualify any sequels that recycled music from the original – they eventually declared The Two Towers eligible for nomination, but it was too late by then. 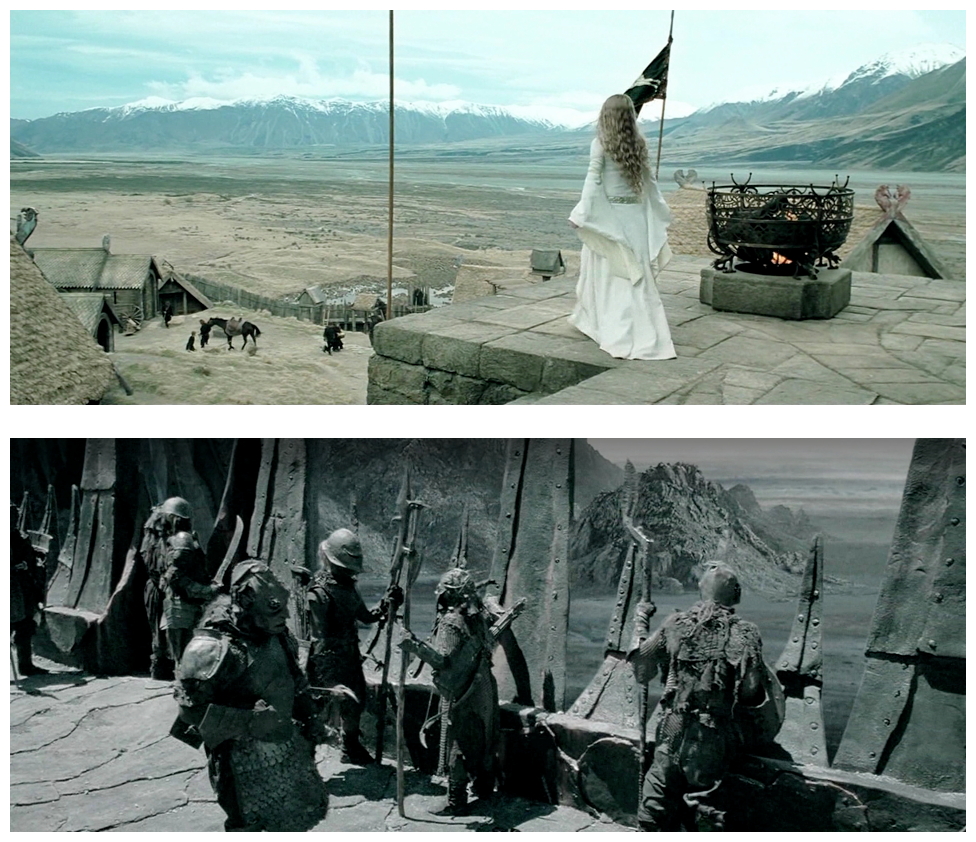 The funeral song Éowyn sings is an original tune written in the Rohirrim language that doesn’t appear in the novels, and is actually based on an old Icelandic folk song. The Two Towers is thrilling, involving and not without its own poetic interludes – the vision Arwen (Liv Tyler) has of deceased Aragorn’s final rites certainly qualifies – and a memorable centrepiece to fantasy cinema’s most consistently satisfying trilogy. Up next, one year later in The Return Of The King, the fate of besieged Middle Earth reaches its apocalyptic climax, but that’s another story for another time. Right now I’ll make my fond farewells, but please be sure to return next week with a stout heart, an iron stomach and a titanium bladder for another head-melting romp through the garden of middle-earthly delights known as…Horror News! Toodles! 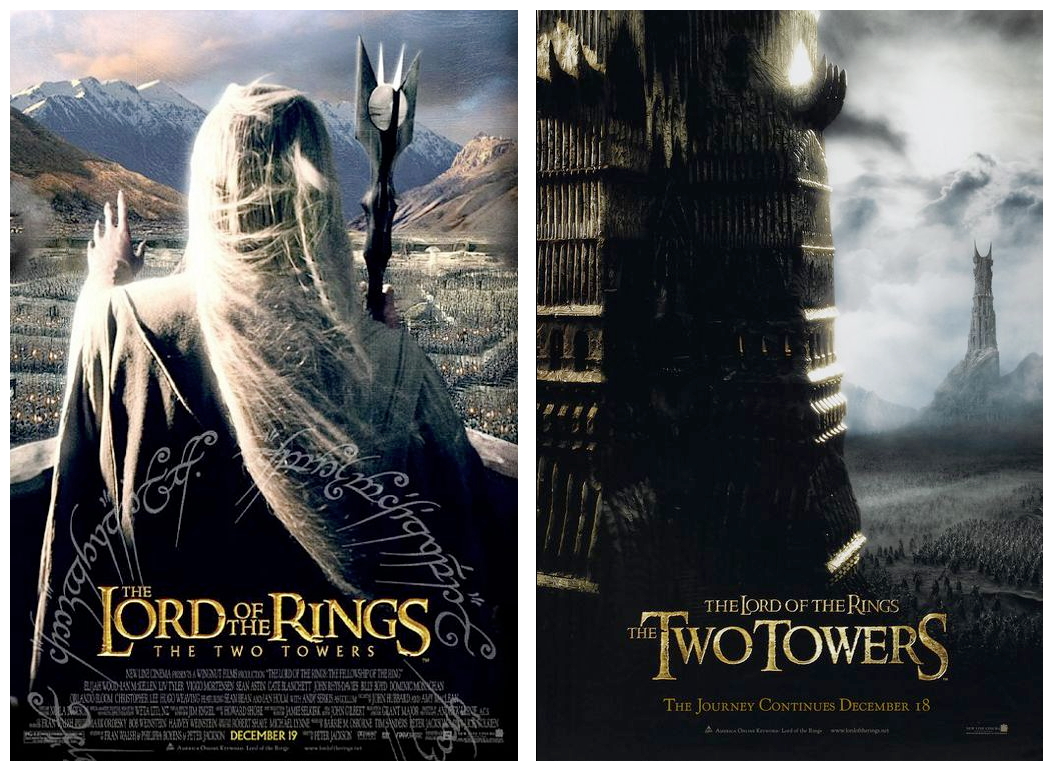