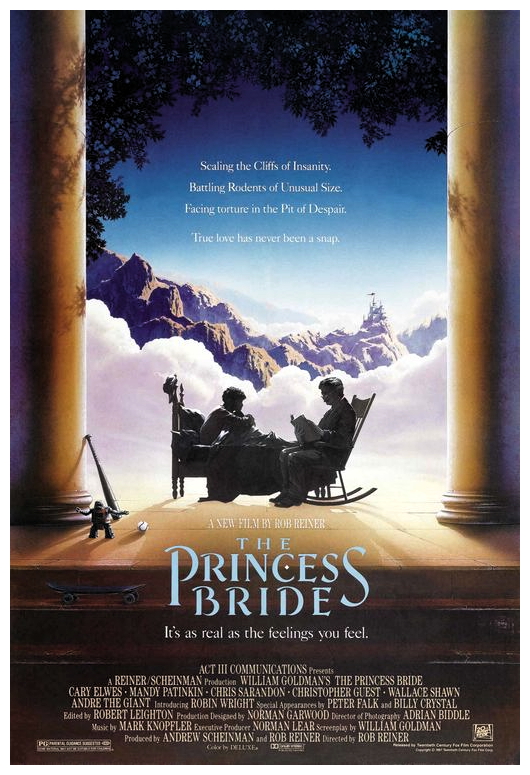 “An elderly man reads a bedtime story to his not-exactly-thrilled grandson, a whimsical fairytale about two star-crossed lovers named Buttercup and Westley. The couple are separated by fate and some dastardly characters, the evil Prince Humperdinck among them. After enduring various perils including a walk through the dreaded Fire Swamp, the lovers join forces with an agenda-serving swordsman named Inigo and a friendly giant to defeat Humperdinck and his minions. The villains are thwarted, Inigo’s honour is reclaimed, Buttercup and Westley live happily ever after, and the grandson concludes it was a pretty cool story.”

A long time ago in a land far away, movies used to be fun, entertaining and enjoyable, a family occasion humouring both mum and dad whilst keeping the kids in awe. Well, it can still happen if you revisit (or watch for the first time) a classic like The Princess Bride (1987). Introduced and semi-narrated by Peter Falk as a grandfather reading a bedtime story to his sickly grandson (Fred Savage), The Princess Bride takes us on a fabulous journey of swashbuckling heights. Having lost her true love – a simple farm boy named Westley (Cary Elwes) – Princess Buttercup (Robin Wright) now faces a life of loveless marriage to deceitful Prince of Florin, Humperdinck (Chris Sarandon). Before the wedding, she is kidnapped by a trio of bandits: a Sicilian boss named Vizzini (Wallace Shawn), a giant named Fezzik (Andre The Giant) and a Spanish master swordsman named Inigo Montoya (Mandy Patinkin), who is seeking revenge against his father’s murderer, a man with six fingers on his right hand. 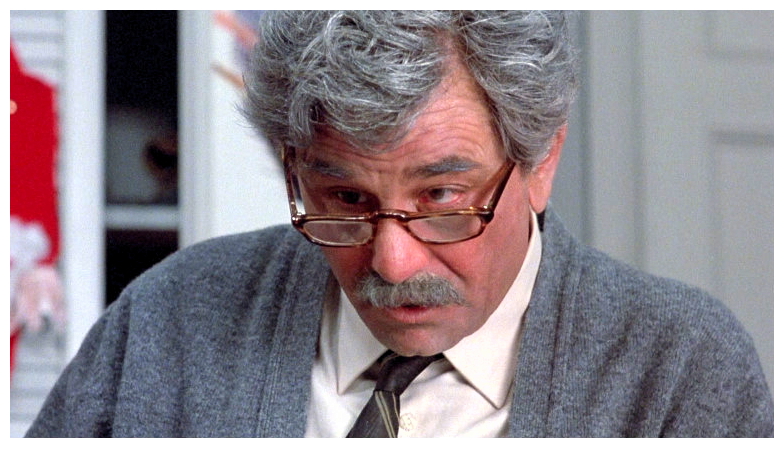 These three are in Humperdinck’s employ and have been ordered to kill Buttercup once in the city of Guilder, Florin’s enemy, as a pretext to start a war. The four are soon followed by a man dressed in black, and Vizzini orders Inigo and Fezzik to kill him. The man in black defeats Inigo in swordplay, knocking him out with the butt of his sword, then chokes Fezzik unconscious in melee combat and tricks Vizzini into drinking lethal poison during a battle of wits, and thereby frees Buttercup. Yay! Buttercup, believing the man in black to be the Dread Pirate Roberts, tries to escape and pushes him down a steep hill but, when he shouts, “As you wish!” as he falls, she realises he is her beloved Westley and throws herself down the hill after him. As Westley escorts her back to Florin across the Fire Swamp he explains that although he was captured, the previous Roberts befriended Westley and trained him in fighting and swordsmanship, eventually retiring and leaving the title to Westley. 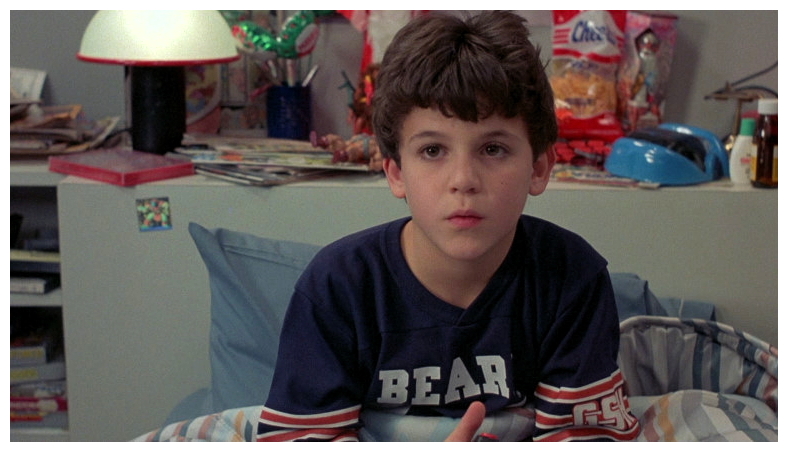 Humperdinck and Count Rugen (Christopher Guest) capture Westley and Buttercup, and later tells Buttercup that Westley has returned to his ship but, in reality, Rugen is torturing Westley in a secret laboratory called the Pit of Despair. When Buttercup tells Humperdinck that she still loves Westley, he locks her up and leaves for the pit. Meanwhile, Fezzik and Inigo have learned that Rugen is the six-fingered man (that’s right, Christopher Guest’s fingers go all the way up to eleven!) but they need Westley’s help to invade. They recover his near-dead body, take it to Miracle Max (Billy Crystal), a bitter and destitute apothecary who insists Westley is only mostly dead but sustained by true love, and provides a pill that will bring him back to life. 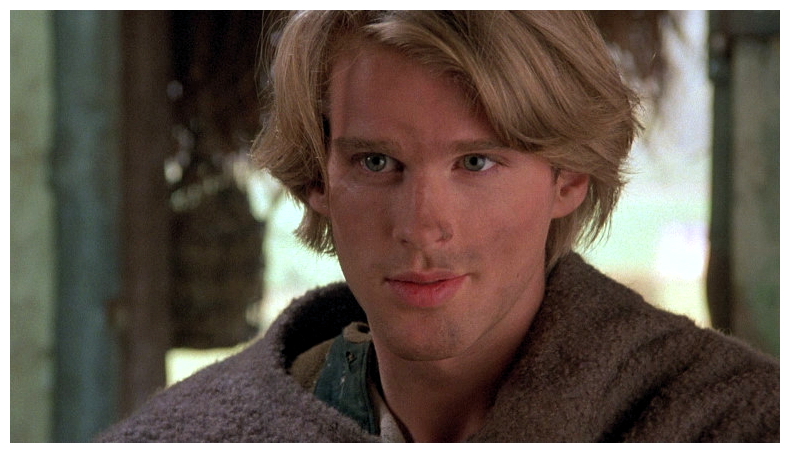 He quickly begins to recover and plans to defeat the castle guards and get in. Humperdinck orders his clergyman (Peter Cook) to declare him and Buttercup married while Inigo, Fezzik and Westley make their way into the castle. Intercepted by Rugen, inigo introduces himself: “Hello, my name is Inigo Montoya. You killed my father. Prepare to die.” Rugen retreats with Inigo and Fezzik in pursuit, leaving Westley alone in the hallway. Inigo eventually defeats Rugen, while Westley finally locates Buttercup and forces Humperdinck to surrender, tie him to a chair and leave him alone with his cowardice. Needless to say, our heroes live happily ever after and, as the grandfather finishes the story, the boy asks him to read the story again the next day. The grandfather smiles and replies, “As you wish.” 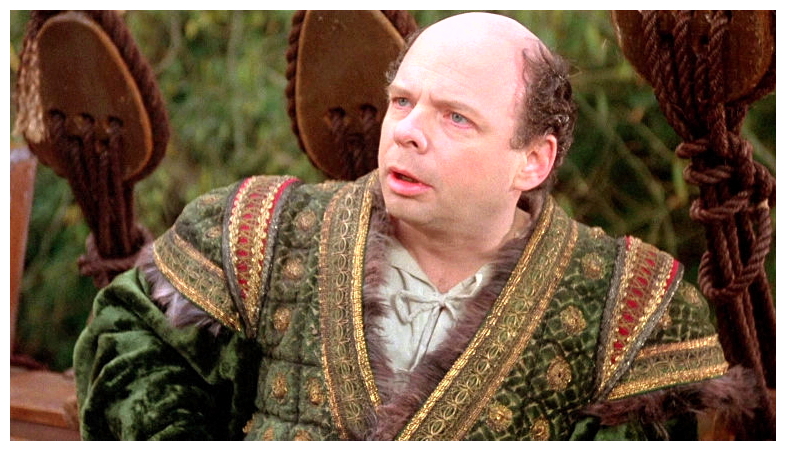 What is it about The Princess Bride that sets it apart from other good-natured fairytale movies? Well, it’s not just the pretty scenery. Jewish humour has been taking the edge off regal or austere sagas since cinema’s earliest days (Eddie Cantor comes to mind), earthy responses to pompous situations and environments proving hilarious to mainstream audiences. Reading a bedtime story is much more than a simple framing device, because it determines the tone and flavour of the tale we are about to experience. Director Rob Reiner cleverly cuts away from his story-within-a-story every now and then to remind us where this specific flavouring is coming from, along with smartly charting the initially bored youngling’s gradual interest in what he’s hearing. Watching bright-eyed Peter Falk provoke enthusiastic responses from Fred Savage is absolutely delightful, an affectionate ploy that may be quite familiar to many parents. 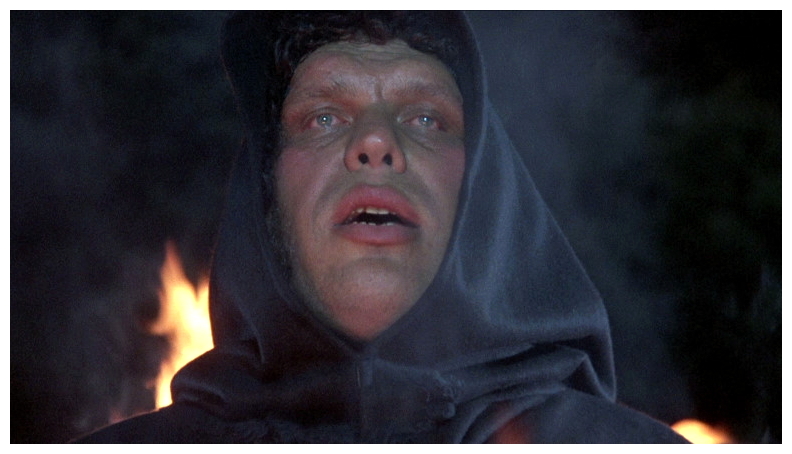 Reiner was known to everyone as ‘Meat-Head’ from All In The Family until the eighties when he began making instant classics such as This Is Spinal Tap (1984), Stand By Me (1986), When Harry Met Sally (1989), Misery (1990), A Few Good Men (1992) and others. Oscar-winning screenwriter William Goldman and Reiner are in perfect sync with this fanciful stuff, even keeping the literal fantasy elements to a welcome minimum (a few fire swamps and oversized vermin are all that’s really needed). Written for his two daughters, Goldman already had a special affection for his story, but it spent many years in development hell, dismissed as ‘un-filmable’. There have been a few attempts to turn the novel into a film. 20th Century Fox paid US$500,000 in 1973 for the rights, signed Richard Lester (an inspired British filmmaker who became less-than-mediocre after moving to Hollywood) to direct, but the head of production was fired and the project was shelved indefinitely. 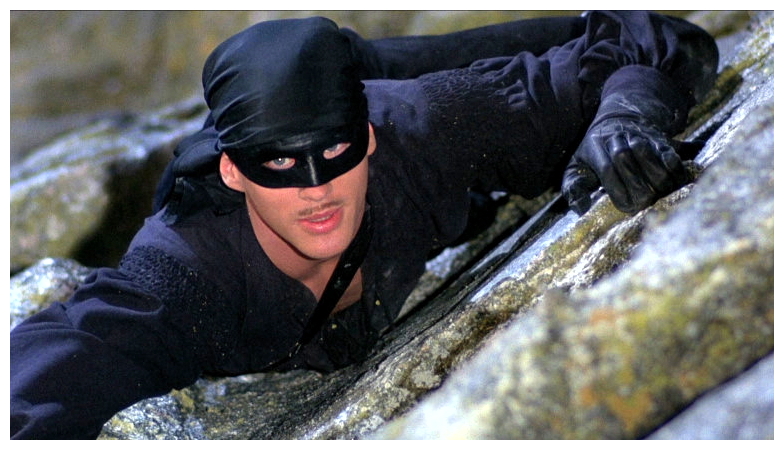 Christopher Reeve – who had met Lester on Superman II (1980) – also tried to launch his own version of The Princess Bride without success. Goldman subsequently bought back the film rights to the novel with his own money and held on to it until Rob Reiner managed to secure funding from his old boss, television producer Norman Lear. With hilarious characters like the Albino, the ancient Booer and the impressive Clergyman, The Princess Bride never allows itself to be taken too seriously and, with cameos from the likes of Peter Cook, Billy Crystal, Christopher Guest, Carol Kane, Wallace Shawn and Mel Smith, the film has an impressive pedigree indeed. A good-hearted wink of a movie, The Princess Bride remains unique in its winning blend of humour, sweetness and satire. It was also one of the first of its kind (with the possible exception of the obscure television series Wizards And Warriors). 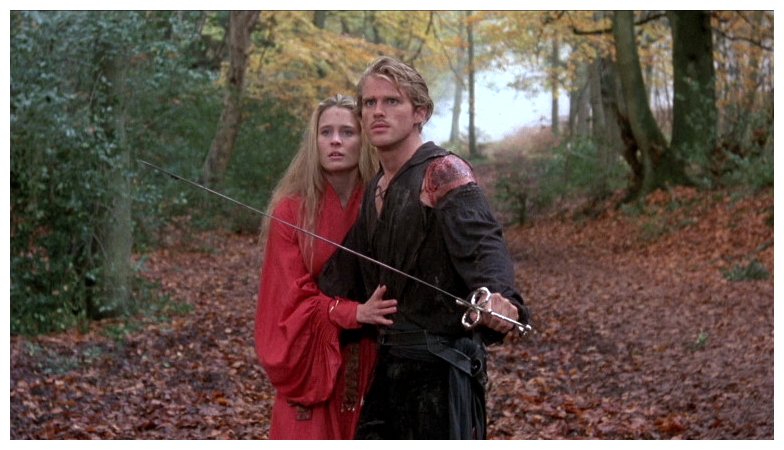 In this new century the ‘fairytale parody’ has become an entire sub-genre all its own, with films like Enchanted (2007), Stardust (2007) and virtually anything based on a Terry Pratchett story. Only the animated movie Shrek (2002) has come close to capturing this particular flavour, but these confections are far broader and aimed at a much wider audience. The Princess Bride is specifically for earnest young lovers and grateful little kids who appreciate a well-told story when they hear one. Don’t be put off by the title or perturbed by the poster art, either. The Princess Bride shines with Python-esque humour, a gallery of memorable characters and above all the strength of, “Twue love.” It’s with this romantic thought in mind I’ll politely ask you to please join me again next week to discover if Hollywood has yielded up a work of substance, or a nonsensical bit of fluff for…Horror News! Toodles! 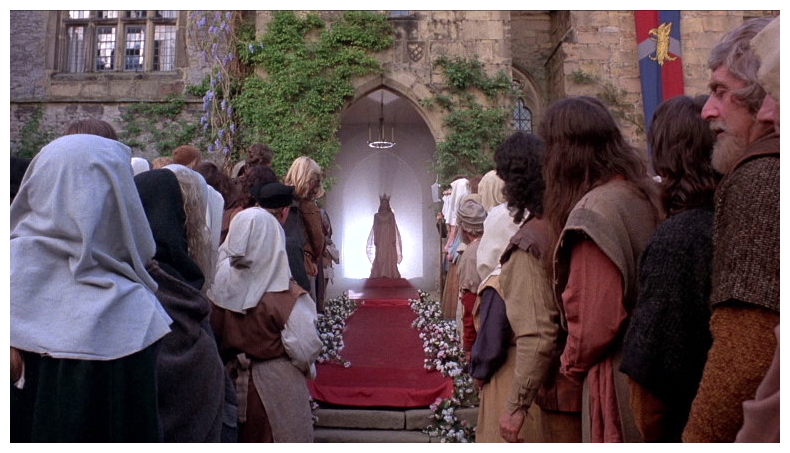