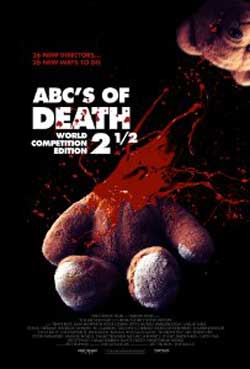 The Ant Timpson (Deathgasm) produced ABCs of Death had an interesting enough premise; 26 directors each creating a short film based around one letter of the alphabet. The result was, unfortunately, a bloated affair that, whilst letting filmmakers from around the world come together to show off their wares, outstayed it’s welcome by making its audience have to wade through too much fat to get to the meat. Ti West’s (literal) abortive attempt was a particular low point that distracted from some truly interesting pieces. 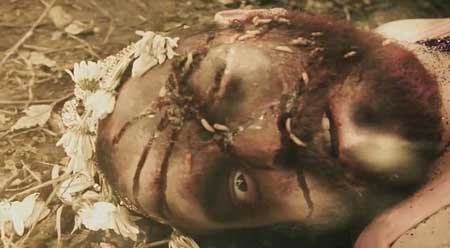 The sequel ABCs of Death 2 was more in line with what the first should have been; a playful celebration of talents brought together. A film that saw diverse talents like Julian Barrett (The Mighty Boosh) rub shoulders with The Soska Sisters (American Mary) and Steven Kostanski (Manborg). Soon after its release, Timpson would go on record saying that there probably wouldn’t be a third volume of films due to how much the sequel had been pirated. However, if we’ve learnt anything from James Bond film titles, never say never again. 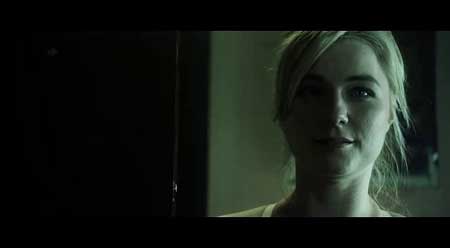 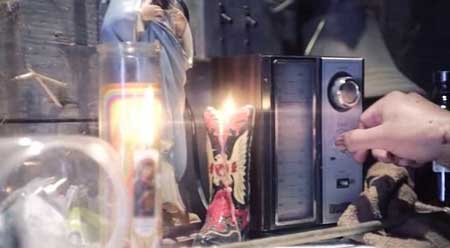 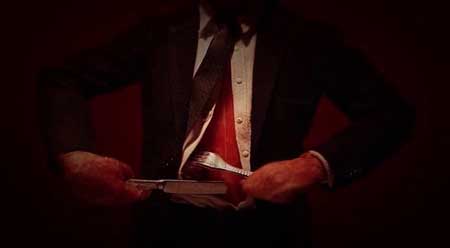 In the run up to the last sequel, there was a call out for filmmakers to submit an entry for the letter M. The winning submission got to be in the final film. ‘But what of the other people who spent time and money on their submission?’ I hear you cry. ‘Don’t they deserve their moment to shine?’ Indeed, they do and that’s where ABCs of Death 2.5 enters the equation.

This second sequel in the franchise is more of a deleted scenes package than anything else, collecting together some of the entries that didn’t make it into the original film. Like the first two films we have a real mixture of experimental, arthouse, exploitation, comedy and drama. There are those films that make great use of their low budgets and those who may stumble but at least wear it like a badge of honour. And to be honest, the whole affair shares more in common with the first ABCs, for 2.5 is a hell of a slog.

Again, we’re having to push on through the average to get to the good stuff, like a pig snuffling for truffles. There’s some genuinely entertaining pieces, such as Stuart Simpson’s genre bending M is for Mutant that sees two Mickey and Mallory types delighting in a killing spree through rural Australia. There’s M is for Muff which, despite its body shaming elements, has some great comic timing. M is for Mormon Missionaries shows the darker side of door to door evangelism. They’re all great pieces. 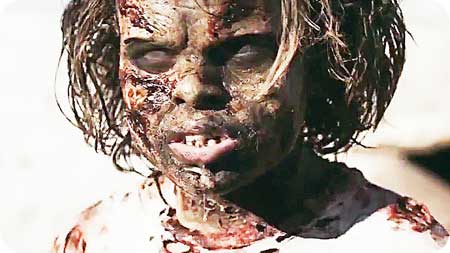 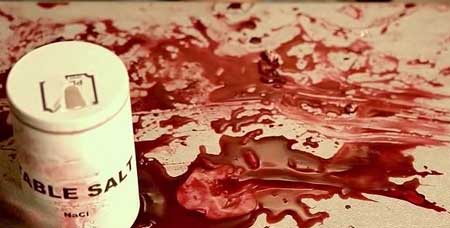 And there’s films that offer nothing but perplexing. Films featuring men who defecate out of their belly buttons, women stabbing their babies out of their stomachs, and half a dozen other acts of violence that should shock but don’t. When you’re faced with nearly 90 minutes of undiluted horror shorts, it’s the ones that have a twist or, whisper it, a plot, that stand out. These are the ones that you remember. The ones designed to give you a one off thrill that disappear from the memory as quickly as they came. 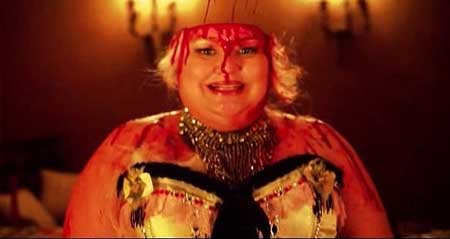 The thing is, anthologies like ABCs of Death 2.5 are important in that they allow creators to create. Through these three films, you can be exposed to the way horror and death are portrayed around the world without having to rummage around Netflix. They can be insightful and educational, entertaining and enlightening. Unfortunately, ABCs of Death 2.5 learns nothing from the preivous film and, like the original, feeds us a diet of shock tactics and blood without so much as a sorbet to clean the palate. After a while, everything begins to taste the same and what good you can find – as mentioned above – is in danger of being missed. 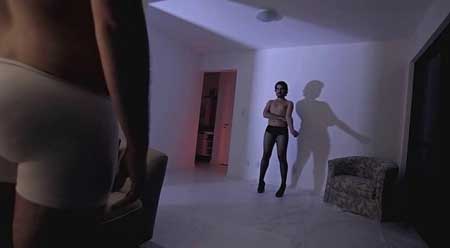 One for the completests perhaps, but not one to get too excited about. M is for mediocre, perhaps.