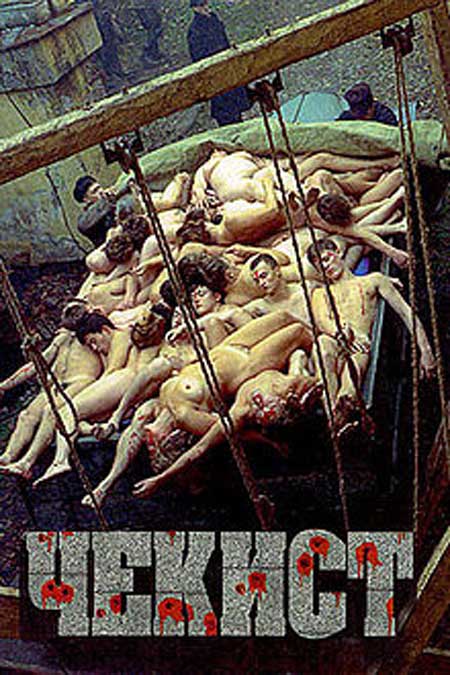 Srubov is a part of CHEKA, the secret police Lenin established after the Bolshevik Revolution. They arrest, interview for a minute, try in ten seconds, and execute intellectuals, aristocrats, Jews, clergy, and their families. In the building basement, five people at a time are shot as they stand naked facing wooden doors. No one to remember their last words; no martyrs, just anonymous bodies. Daily, the kangaroo court, the executions, the loading of bodies onto wagons. Srubov is cold, distant, sexually dysfunctional, and a deep thinker, hated by former friends and his family. As he tries to reason the nature of revolution and the purpose of CHEKA, he slowly goes mad

Aleksandr Rogozhkin’s 1992 film, The Chekist (aka Tchekiste), is a Russian film about a man named Andrey Srubov (played magnificently by Igor Sergeev in his film debut). Srubov is a member of the Cheka (members of the Cheka came to be known as, you guessed it, Chekists), a form of Russian secret police created under orders of Lenin during the Russian Civil War (early 1900s). 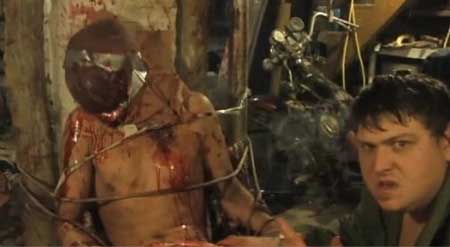 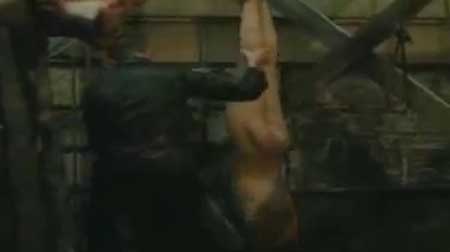 The Chekists were the ones in charge of running the labor camps and gulags and silencing political dissidents. In the film, Srubov and company cycle through prisoners, quickly running down their names and “crimes” and almost always following up with an immediate sentence of death – they play judge, jury, and executioner. People are being rounded up, or even turned in by friends and relatives, and there is a general sense of fear and anxiety throughout the city. As the days go by, Srubov finds himself less and less stable, engaging with anyone who will listen in philosophical discussions about the revolution and his place in society, and rationalizing his actions with increasing levels of delusion and mania until everything comes to a head. 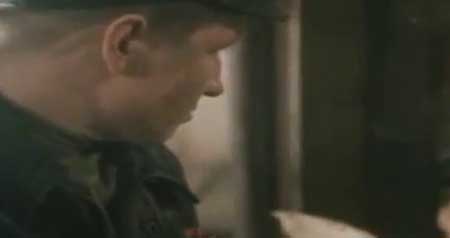 Throughout the entire film (written by Jacques Baynac and Andre Milbet, and directed by Rogozhkin), there is a sense of dread and foreboding. The setting is drab and bleak, most of the action taking place in the underground levels, with cold stone walls providing the backdrop for the repeated executions. Prisoners, five at a time, are lined up, forced to remove their clothing, put up against a wall, and shot in the back. Those bodies are loaded onto a cart and taken away just in time for the next five. These people are anyone, from dissenters and spies to teachers and intellectuals and their relatives. And this is the scene, over and over again, Srubov watching as the next group is brought forward, executed, carted away, repeat, repeat, repeat. A good majority of the film is just this cycle, with variations here and there. It’s like a more violent, less humorous version of “The Captain Has Bad Dreams,” by Nelson Algren, but here psychosis takes the place of the bad dreams, as Srubov slowly descends into mental and physical illness. 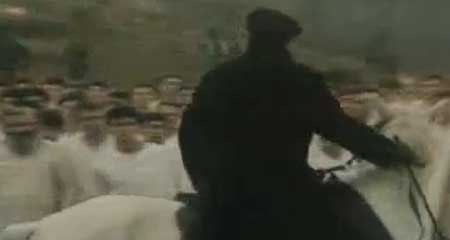 Rogozhkin shows, rather than tells, this descent into madness through Srubov’s interactions with others. At the beginning, he comes across as irritated, slightly on edge. But very soon, we see there is more to this. When he is at home with his family, everyone walks on eggshells, his wife included, and he takes his frustration out on his mother’s dinner guest. We see Srubov go to a restaurant for food, and all of the patrons see him and leave in a mix of fear and disgust, one woman daring to yell at him and call him a monster before being pulled away by her husband. And when a woman comes in pleading for her son’s life, going so far as to offer her own daughter to Srubov in exchange for his life being spared, she is met by a coldness that knows no emotions; the same coldness is shown when he brings the man who killed his father into his mother’s home for dinner, as if he doesn’t realize the horrors of his actions. 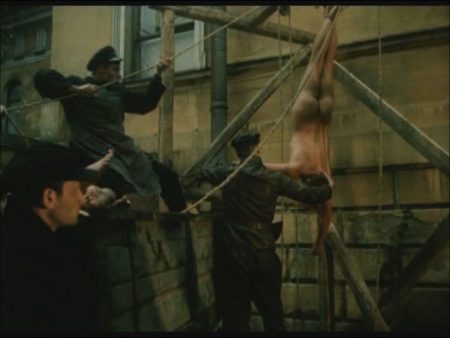 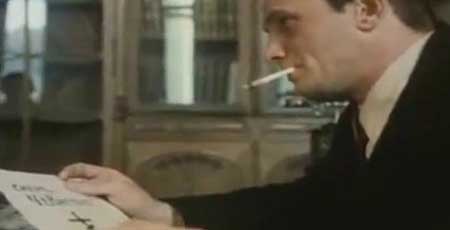 The Chekist is a film full of commentary on social and political aspects of life in Russia, as well as revolution and following orders. It is a deep film, a thought provoking film, but not a terribly exciting film. With a near constant stream of executions, it might seem strange to say it is not action packed, but these deaths are portrayed as monotonous (which is the point, of course). It is not the war or the revolution that we are focusing on here, but rather it is the mind of Srubov that is under examination. And this character study ends up quite a great film. The Chekist is definitely a great choice for fans of Russian cinema as well as anyone who enjoys a good psychological tale. I don’t know how this film might go over for the casual horror fan, as there is not much blood, despite the amount of killings, and the tone is very different, but I would definitely recommend giving it a chance.