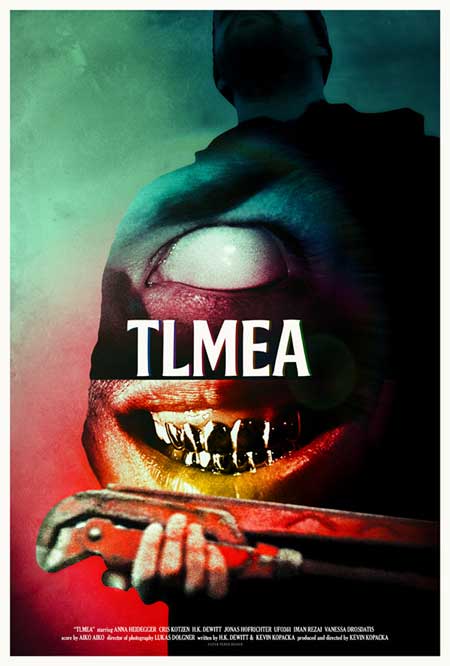 TLMEA tells the story of two undercover cops, caught in a dream during a drug raid in which they descend into the 9th level of hell – the Ptolomea.

“Nightmares exist outside of logic, and there’s little fun to be had in explanations; they’re antithetical to the poetry of fear.”

The depiction of surreal, nightmarish visions has had a long history in world cinema. From the classic German expressionism of The Cabinet of Dr. Caligari to the experimental giallo traditions of Italian cinema to the somewhat more mainstream horror movies of Cocteau, Lynch, and (relatively speaking) Argento: sustaining the pervasive sensation of nightmare throughout a full-length feature film is a task that even the masters of the genre wrestle with in their finest works. As a result, the purest distillation of nightmare on film tends to be the territory best trafficked by short and experimental film.

And that brings us to TLMEA. 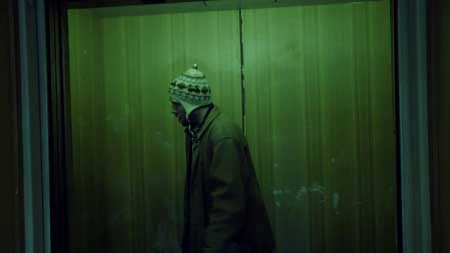 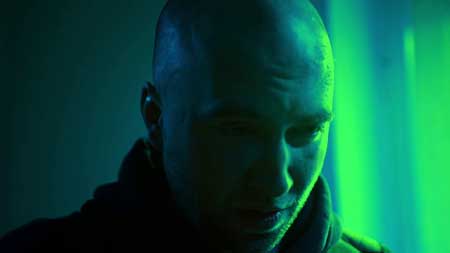 The latest effort from Austrian artist and director Kevin Kopacka, TLMEA clocks in at about 32 minutes, landing it somewhere between the cinematic equivalent of short story and novella. It is a bizarre, surrealistic exercise in experimental imagery, sound, and editing, and overall it is strangely but satisfyingly effective.

TLMEA tells the story of two sullen, emotionally-vacant undercover cops entwined in a hypnogogic dream that dips it toe into nightmare—sometimes tentatively and sometimes enthusiastically—as they conduct a routine drug raid and interrogation. But, as the film asks, whose dream is it? Through the course of the experience, they descend stage by stage through what amounts to Dante’s nine circles of hell:  animosity, greed, heresy, violence, and onward towards Ptolomea, located deep in the dark pits of ninth circle.

Kopacka’s new film is a follow-up and companion piece to his 2015 effort Hades, in which a woman is trapped in an endless dream. In that dream she must cross the five rivers of Hades, each of which represents a different stage of her relationship, and deal with the emotional upheaval that defines and informs each of those individual stages. TLMEA is a prequel of sorts to Hades, with the protagonist of the latter turning out to be the girlfriend of one of the cops in the former. 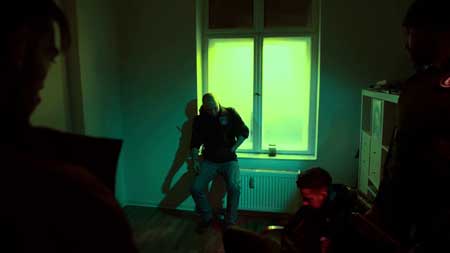 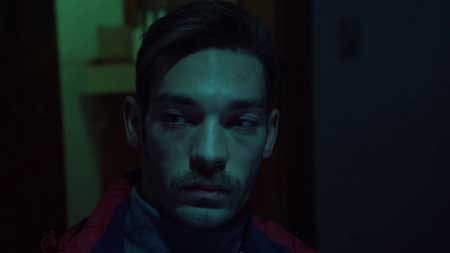 With its wild swings from light to dark, its flood of color into the frame from nowhere, its fractured editing, and its driving score, TLMEA is not easy to watch. Clearly, it’s not meant to be. But as the film unfolds, the viewer gets drawn deeply and violently into Kopacka’s nightmarish vision, experiencing the confusion, anxiety, apprehension, and unease that are dragging his protagonists down to the lowest levels of hell.

Even so, TLMEA is not so much a horror film as it is an experiment in emotional and existential dread.

Of all the tools in Kopacka’s toolbox, the most interesting and effective is his use of a jittery, wobbly editing style that immediately and entirely throws viewers off balance and plunges them into a desperate struggle against the rising, suffocating imagery of the nightmare. Kopacka pulls triple duty on TLMEA—cowriter with H.K. DeWitt, director, and editor—and his editing technique so disorients and sickens that it is difficult to sit through the early part of the film. The viewer, though, eventually adapts and is forced to embrace the rules and contours of the film in order to get through to the other side. 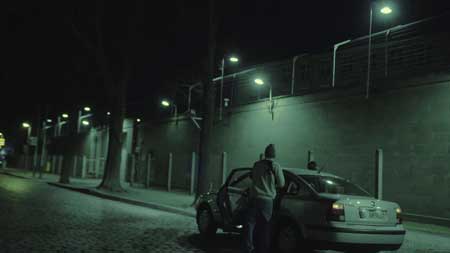 Cinematographer Lukas Dolgner—a Kopacka veteran who also worked on Hades—also deserves high marks for the confidence and creativity with which he crafts the world within his frame. His experimentation with color and light and focus and depth help realize Kopacka’s vision and guide not only the characters but also the viewers on their journey from circle to circle.

The narrative structure of TLMEA borders on incomprehension, and the dialogue has less to do with driving a story than it does to supporting the mood and atmosphere of the proceedings. Both, however, effectively fulfill Kopacka’s fevered dreamscape and exacerbate the disquiet of the viewer.

TLMEA is not a film to be enjoyed so much as experienced, nor one to be understood so much as felt.

It is, however, a self-assured, visually-compelling assertion of vision and talent, and it suggests that we will be hearing much more from Kopacka in the years to come.