A painter and an art critic who romanticize each other’s obsession with fame decide to collaborate on a project they believe will revolutionize the art world. They are determined to make a painting come to life, even if it kills them.

Art is the backbone of our culture. People listen to music and podcasts, watch television and movies, read books, and look at paintings, sculptures, and all that good stuff. Art has always been a large force in driving civilizations forward. There’s entertainment to art as well as wonder and awe. A breathtaking work of art can change a person’s life. Few movies capture the raw power that art can have.

Tabloid Vivant was a movie that took art and showed how deeply it can affect someone, both physically and mentally. Maximilien Klinkau (Jesse Woodrow) was a painter who came up with a new system that represented digital photos in a painting setting. He enlisted Sara Speed (Tamzin Brown) to write a magazine article about his new system. They became deeply involved with Klinkau’s newest painting to the point where it harmed them. 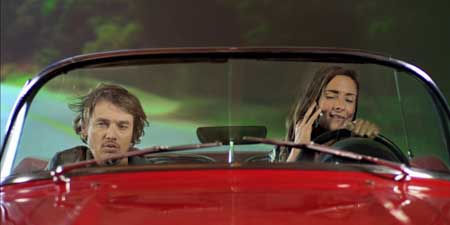 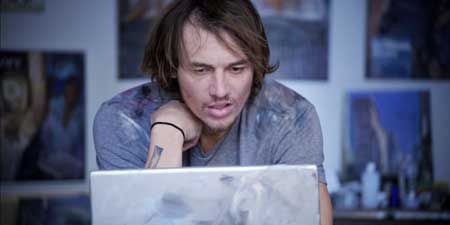 Art being the instigating subject of Tabloid Vivant, it is important to lay out Klinkau’s new system. It was similar to a paint by numbers. The canvas would be in a grid formation, and according to the numbers within each square, the artist would add those colors. It didn’t matter how the colors were dispersed within the square. All that mattered was their inclusion. It allowed artistic freedom within limitations. In terms of its relation to the movie, it allowed colors to flow freely throughout the painting, giving the illusion of movement. It captured the attention of anyone who looked at it and sparked some darker, obsessive quality in them. 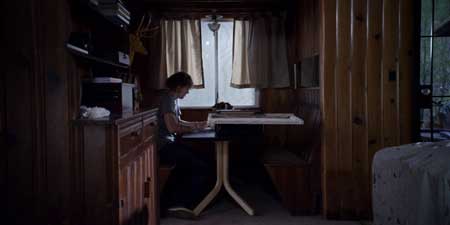 This was portrayed through the two primary characters, as they travelled on a downward spiral. Each of them became obsessive with Max’s newest painting. Max was the artist and Sara was the subject. Max was intensely focused on getting each and every stroke perfect. It was his deepest painting, and the one that was to best depict digital artistry in the form of paint. Sara was busy writing her magazine article about the system. This necessitated her to spend long hours witnessing the powers of the paintings in an attempt to better understand how they worked and the power they had. 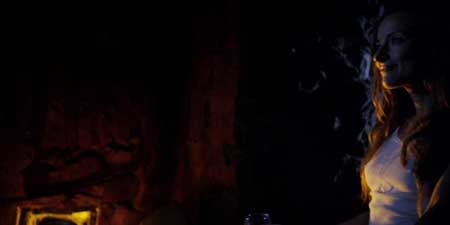 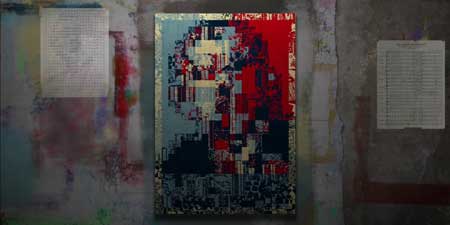 These obsessions caused Max and Sara to lose sense of reality. Their secluded life in a cabin became more than an artistic getaway. It became the degradation of the civilization that was built into their lives. They slowly devolved into animalistic beings. Their cleanliness went down the drain as they stopped showering or washing paint off of themselves. They looked sicker and frailer as they stopped eating. The characters wasted away until they were almost nothingness as the climax hit.

There may have been something more sinister at play than simple obsession. The first painting shown during Tabloid Vivant was mesmerizing. Hidden within it were what looked like faces. Perhaps they belonged to some evil force that took hold of the characters and caused them to be driven into their obsessiveness. Though the movie never went too far into the supernatural, there were slight hints towards that direction. Maybe the faces were just something I picked up, a sort of Rorschach test image that looked like one thing when it was really just a blob. Either way, seeing that painting led the characters down a captivating dark path. 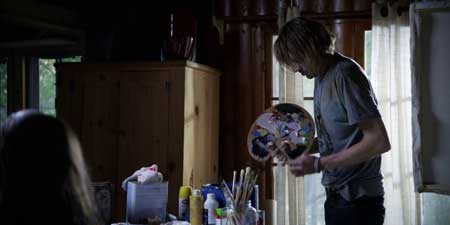 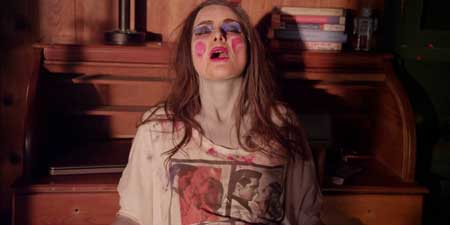 The story was the strongest part of Tabloid Vivant. It kept the interest up. The basic elements of filmmaking, from the acting to the directing to the music, didn’t do anything to raise the movie. They were enough to keep things running, but didn’t strive to be more. The two leads were dependable without making their performances special. The movie looked like everything else and felt like everything else. There was nothing that made it stand out among the masses of other low budget movies. Only the story gave any reason to seek it out. 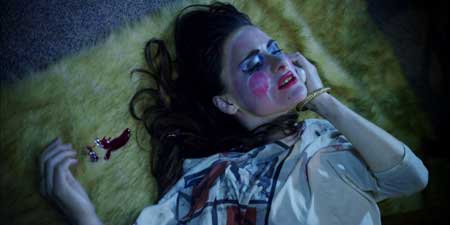 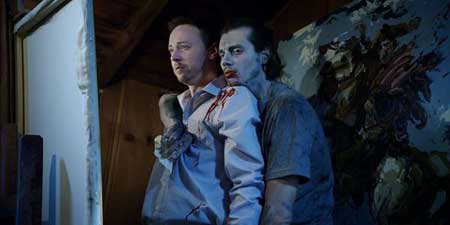 Tabloid Vivant wasn’t a bad movie. It had a story that deserved to be told. There was a lot to take from the concept of art having a negative effect on people. So much time is spent on people praising art as something that moves civilization forward that it was nice to see someone take a look at the other side of the artistic coin. It’s too bad that this interesting concept was buried in an unchallenging movie. There was nothing that creatively made it stand out beyond the story. It is important that an idea like this exists. But the movie was not that interesting.