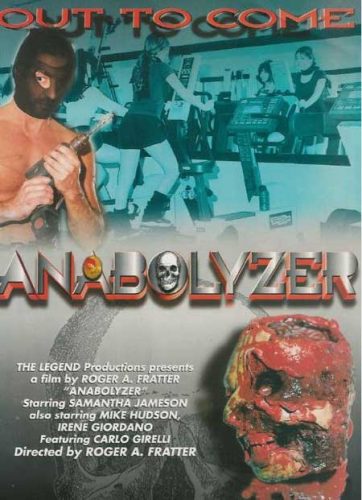 A gym owner and his lover plot to use anabolic steroids to turn her jilted husband into a murderer. The target? The gym owner’s wife. The only problem is, there’s another serial killer in town who isn’t particularly interested in sharing his territory.

Did you see how that movie I described up there sounds interesting? It sounds like a great plot, no? A “murder-for-hire” scheme of sorts, with a slasher movie thrown into the mix. It sounds like it could be a great movie. And maybe, if it had some good direction or dialogue, it could’ve been. Alas, twas not to be. 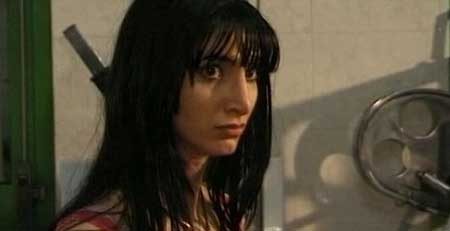 Anabolyzer opens with a man stalking a woman. He attempts to rape her, which she fights off, and ends up beating her head against the concrete outside her house and snapping her neck. From there, the movie jump cuts to a shot of the police discussing the recent rash of unsolved murders. From there, it quickly jump cuts to a scientific forum on sports medicine, where our main antagonist is discussing how he wants to use anabolic steroids to improve “his athletes.” And really, this opening is a brilliant lead-in to what is to come in the next hour and a half: harsh editing that attempts to piece together a puzzle of a story that is clearly lacking some of (or most of) the pieces. 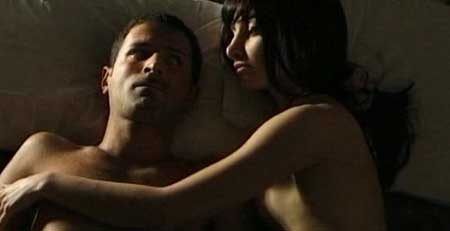 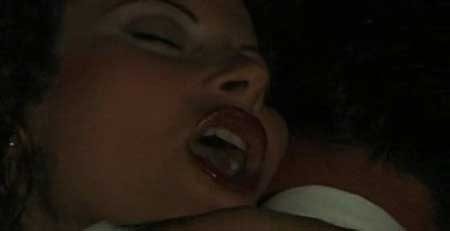 Most of the scenes from Anabolyzer don’t seem to go together at all. It wasn’t until 3/4 of the way through the movie that I realized what they were even planning to do, as there really is no explanation until the last fifteen minutes. It’s really just random scenes of violence thrown together, cutting away to set up another random scene of violence.

It’s not particularly bloody or extreme in any way. In fact, the blood is downright sad. When our serial killer (no not that one, the other one) kills one of his victims, he essentially pokes her with the knife, which leaves bright pink stains on her shirt. There’s no graphic and gory stabbing, and if it was a real knife, I’d be hard-pressed to believe it broke the skin. Between that and the absolutely god-awful sound effects (think snapping celery anytime someone is punched), the story of Anabolyzer is raving, incoherent drivel mixed with people who need to watch how they wash their colors. 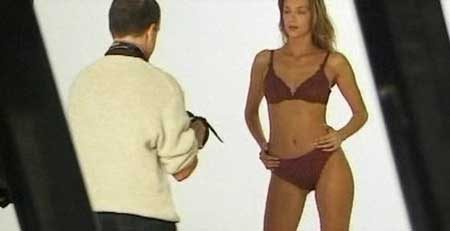 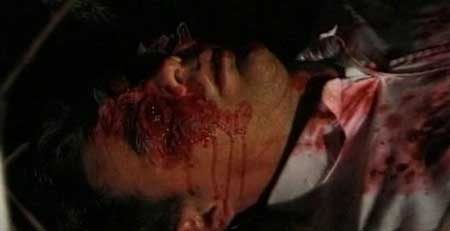 The dialogue is bad, but it’s not terrible, and the sound mixing follows alongside. It was like a bad Italian soap opera, with bad Italian dubbing to go along. I’d like to say the acting was bad, but it really wasn’t all that terrible. The actors clearly weren’t left with much to work with, as the not-great script and the terrible direction and cinematography wouldn’t have worked with anyone in front of the camera. What we’re left with is a Skinemax flick with worse dialogue and less plot. The film keeps threatening to become more extreme, but it just can’t commit.

The goriest scene in the film is when the steroid-user-turned-murderer kills his girlfriend in the shower, which culminates with him ripping her internal organs from her body right as he wakes up and realizes it’s a dream. That could’ve been a quite nice turning point in the film, leading it into intense territory, and instead just reminds us that, nope, this film is staying in Nonsense Land, thank you very much. 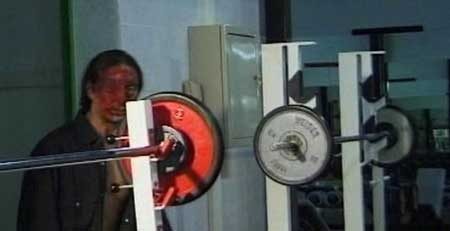 The police officers from earlier find a snuff film, which they decide to watch. The people on screen do not appear in the movie at all, so the snuff film is in no way related to the movie whatsoever. And then… we don’t ever see the cops again. Max, one of the cops, seems to be a main character, and… he just disappears. It seems that he has been a vessel to introduce his girlfriend, who is chased by the gym owner’s girlfriend’s husband after he murders the gym owner’s wife (phew), after he stumbles upon the cop’s girlfriend at a photo shoot.

However, she is introduced to us early in the movie as a new member of the gym who can only come during the afternoon because she takes part in photo shoots late at night. So, there’s really no need for the police officer then, is there? Except for him to watch the snuff film which, again, has no bearing at all on the movie or anyone in it. It’s just sloppy film  making, sloppy storyboard. Well, that, and it make us wish that the whole film had been executed (no pun intended) like the snuff film, which actually seemed like it could’ve been creepy, though the effects were just as bad as in the rest of the flick. 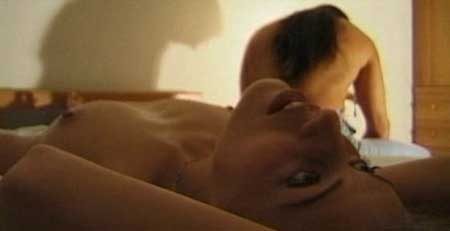 Near the end of the movie, the gym owner gives his girlfriend’s husband steroids so that he will freak out and murder the gym owner’s wife, and he proceeds to inject the huge needle full of steroids into his eyelid, which I’m pretty sure isn’t a thing.

Later, after he murders the gym owner’s wife, and then manages to track his own wife down and corner her, the magical evil steroids kick in with a vengeance, making him bleed from all of his orifices, which is probably why you really don’t want to inject steroids into your f**king face. He spurts a lot of chocolate syrup out of his mouth and eyes, and then has a slow motion death where he crumples to the floor. His wife runs away, and she finds her new beau, who asks her “Are you still alive?” She responds, “Alive?!” very dramatically, and then falls to the floor and screams for like a minute and a half. Roll credits. 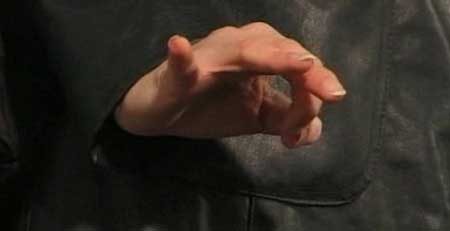 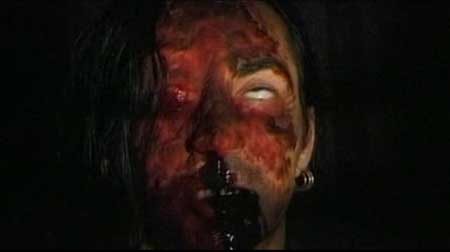 What the everloving f*ck? Such a completely incoherent plot. Although, to be honest, the production value was pretty good for a movie released in… wait, 2000? Well… Nevermind then. I guess it’s just a bad movie after all.

Interested plot waylaid by disjointed scenes edited incredibly poorly, Anabolyzer not only misses the mark, it fails to ever establish where the mark is. A waste of a movie, but some great tits. With 30 seconds of cuts, it could’ve easily been a late night Cinemax movie. And a boring one, at that. Avoid at all costs, it’s worthless and doesn’t add anything to the extreme cinema genre.