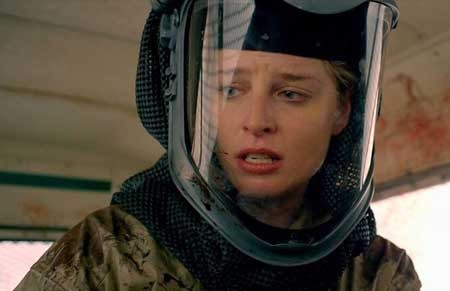 Talented actress Rachel Nichols (“Pandemic,” “P2,” “Alias,” “Raze,” “Conan The Barbarian.”) stars in “Pandemic” alongside Alfie Allen, Pat Healy, Missi Pyle and Mekhi Phifer. “Pandemic” will be in theaters on April 1st and available on VOD and iTunes on April 5th. It was directed by John Suits. Rachel is a talented, versatile actress and she took time to speak with me for a Horrornews.net exclusive.

You did a fantastic job in “Pandemic.” How did you prepare to portray Lauren in “Pandemic?”

Rachel: I’m proud of “Pandemic,” when I saw the first cut of I was really proud of it. I have an acting coach who has been in my life for almost ten years, Nancy Banks and we worked on it together. Her main goal is trying to get home to her daughter. I’ve got a bit of a fight background, a bit of a weapons background then I think the other actors and I sort of set off each other. We got along really well. It was a collaborative effort.

Rachel: I hadn’t met anybody. I hadn’t meant Missi, I hadn’t met Mekhi, I hadn’t met Alfie until day one of work. I didn’t know any of them prior. I had done Skype sessions with John Suits and I really liked his… for lack of a better term, vibe. I liked his attitude, I liked how he wanted to shoot the movie, I liked that he was collaborative. I liked that he wasn’t married to any of the dialogue and he was okay with changing things. You never know what you are going to get when you show up to set. I mean, thankfully the four of us got along really well and we had a really fun time despite the fact that we were wearing hazmat suits in 100 degree heat. We had a really good time, a really nice rapport. 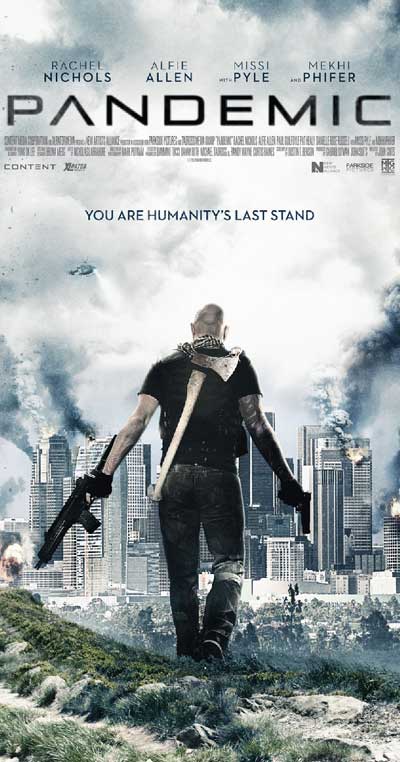 That leads to my next question. Due to the hazmat suits etc. what challenges did you face and did you have any crazy moment’s on-set?

Rachel: There were definitely some challenges because it was extremely hot and those suits, I know you won’t be surprised but that fabric doesn’t breathe very well. Plus we were strapped into the helmets and I am painfully claustrophobic so during the shoot I would curse the suit and the helmet and you know the gloves and everything. I have to admit I think those elements really lent themselves to making the film even more authentic and realistic. Anytime you see fog on the inside of our helmets or condensation or us sweating or any of that, it is all real. None of that is fake. I think that uncomfortable situation led itself really well to the situation we were pretending to be in while shooting the movie. As much as I would curse them then, I think the final cut, I think those difficult elements led themselves to making a better film. 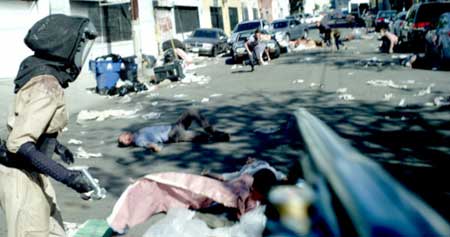 Rachel: You know I think it was kind of a learning experience for all of us just because of that first person shooter angle which meant that every angle the film is shot or every angle of a scene in the movie is either a surveillance camera on the street, a surveillance camera in the ambulance or the bus that we were driving or the helmet cameras we had in our head. I am in a scene with Missi Pyle, an emotional scene and I’m talking about my daughter. When you see my face on screen, I am not actually talking to Missi, I am talking to a brilliant camera woman, Amanda and I am looking directly into the lens and Missi is kind of cowering behind her saying her lines to me so that element was something that we all had kind of had to get used to. It can be a bit off-putting, I would say that I found that the most challenging. Thankfully scheduling wise they put a lot of the difficult, emotional scenes at the end of the shoot so by that time we were accustomed to looking into the lens. That form of shooting, I think it the most challenging part of shooting and now watching the film probably the most rewarding. Aside from the hazmat suits

Rachel: I am about to leave in a couple weeks for Barcelona and I’m shooting a new movie called “Inside,” that I am very excited about. Again, I will be in parrel for most of the film. It seems to be something that I am drawn to. I play a pregnant woman who is partially deaf due to a car accident while my husband dies and the child of the woman that we get in the accident dies. That woman tries to hunt me down. 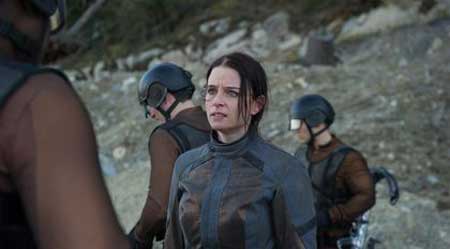 “P2” is a favorite and what would you want to say to the fans who are excited for “Pandemic?”

Rachel: Thank you, I love that you mentioned “P2” and you know what, “Inside” that I am going to shoot in Barcelona is almost set during Christmas time so I am becoming the queen of Christmas Horror. I want to say thank you in advance for going out and watching it or bringing it into your home and watching it. It’s not going to let you down and it’s a fun ride. It is so active and I just always want to say thank you because the only reason I have a job is because there are fans out there and that is the most important thing to say thank you. 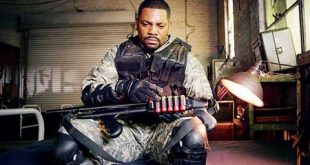