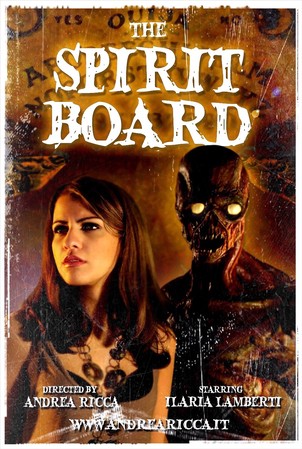 A horror short film about a girl and an ouija séance gone wrong, shot with zero budget and without any troupe, with the only help of an HD Camera and a PC

Ok another short film. This time we have THE SPIRIT BOARD written and directed by Andrea Ricca and starring Ilaria Lamberti.

A silent, one character short adventure in which a woman decides to play with a ouija board and gets a bit more than she bargained for.

I watched this film and thought it looked awfully familiar. Then I realized why – I reviewed another film by Ms. Ricca two years ago called ALIENS NIGHT. A silent, one character short adventure in which a woman meets a space alien and gets more than she bargained for. 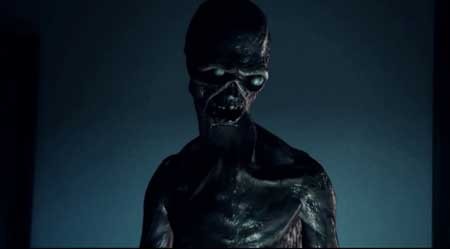 Formula? Yes it is. In fact, I did something this time that I didn’t do the last time, which is I looked up some information of Ms. Ricca and her production company. Her website is in Italian, but I was able to find out that her “production company” is just her. Editing, special effects, CGI, directing, cinematography, everything is done by her. She has loads of short films like this that she had made since 1998.

She has no sponsors, no financial backers, nothing. All of these films are made out of her own pocket with only an HD camera and a computer. What she does have is tons of awards and accolades from international film festivals and an on-line following in the hundreds of thousands. I have to give respect for all of that.

With that being said, I wasn’t as big a fan of the CGI in this one as I was with ALIENS NIGHT. Not that it wasn’t well done. I just didn’t dig it quite as much. But the actress does an admirable job, expressing everything silently through body language and facial expressions. This is not an easy task.  Ms. Ricca definitely seems to be adept at finding these amazing, emotive actors.

So using my special short scale of one to five, five being awesome, I’m giving this film 3 ouija boards.