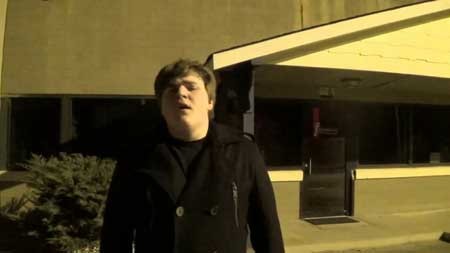 A young melancholic teen encounters a strange smiling man on the street at night when taking a walk.

More short films today! Our selection this time is THE SMILING MAN, written and directed by Adrian Huff based on a story by Keoni Chavez.

Mr. Huff plays a college student who seems to be trapped in a pit of melancholy. He’s just kind of wandering from day to day, looking for something to interest or excite him and not suceeding.

His roomates Josh and Brittany (Andrew Bartek and Jamie Doublet) don’t seem to like him very much. As he comes in to the house, they are heading out. Josh makes a point of calling him a freak on the way out. Feel the love, right?

So our bored student puts on his headphones and decides to sleep. He wakes up at one in the morning, and immediately wishes it were the next day already. He does a google search – how to pass the time – and from the suggestions he chooses going for a walk. 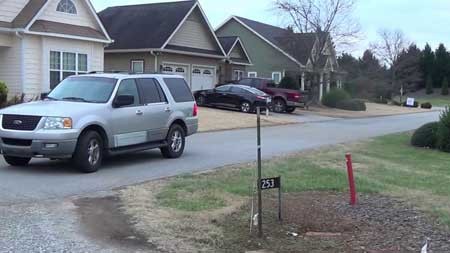 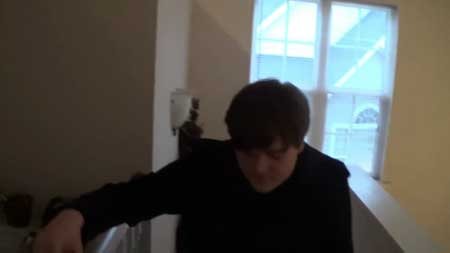 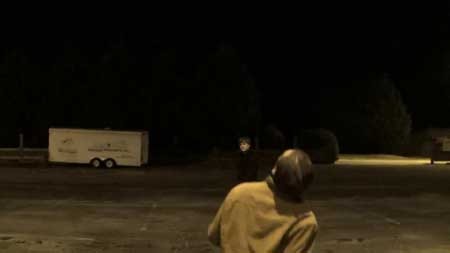 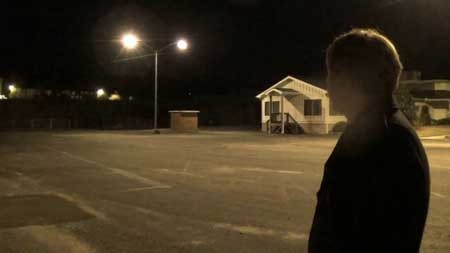 In the middle of the night.

You see where this is going, right?

I’m not sure what to make of this film. It’s good, and interesting. But it’s also a bit sureeal in places. I’m not really sure what the filmmaker is trying to say. Perhaps it’s to be careful what you wish for? I don’t know.

I must mention actor Levi Doublet, who appears as the eponymous character of the title. I have no idea what he’s doing, but he is definitely interesting. This is his only film credit.

So using my special short scale of one to five, five being awesome, I’m giving this film 3 smiles.