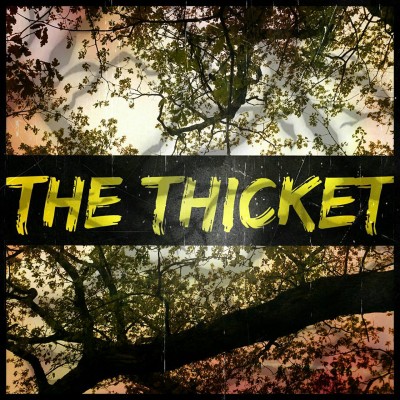 A group of friends spend the weekend in the woods right before one is to give birth. However when they separate they find something sinister lurks beneath The Thicket.

This is my first short film I ever reviewed and I’m happy to say that I found this film to very enjoyable. In a running time of 15 minutes I found it funny, engaging, suspenseful, and very entertaining.

There’s not so much I can say without giving things away so I’m going to be very careful how I phrase things.

The film is written, produced, and directed by Mariah Johnson and Angela Pritchett who both also act in the film. I know both of them personally and have been a fan and admirer of their work for years .

The movie centers around 5 campers (Jocelyn Rose, Elvis McComa, Mariah Johnson, Royce Hobson, and Ben Church) who are spending time in the woods before their pregnant friend (Jocelyn Rose) gives birth. It was a place that one of them had come before on her honeymoon and this time she brought friends. When the Park Ranger shows up (played by Angela Pritchett) I knew we were going to be in for a fun time.  Also there is really great voice cameo by Terry Molloy from Doctor Who. 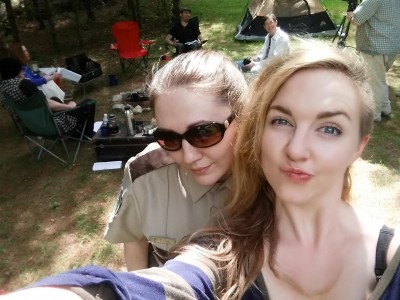 Royce is the one who steals the show for me. He kind of gives me a very Russell Brand feel to him. Mariah and Royce have a very good chemistry in the short.

There are some really great shots in the movie. Camera work done by Mariah’s husband John Johnson. There were a few shots that I had never seen anyone do before. I thought that was pretty awesome. Especially one shot involving the Creeper Character played by Ben Church.

I wanted to be critical. I wanted to look and see if there were any actual flaws to the film. But I did not find a single one. Maybe that I wish it were longer. Can that be a flaw? Nah. 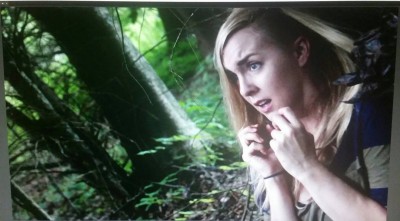 A feature version I feel like would be awesome. 15 mins is still long enough to enjoy it but the movie was so fun in itself that the 15 mins just flew right by. After watching this film and having seen Mariah and Angela’s last 2 short films I really do think it’s time they directed a feature length film together.

With all that being said I would highly recommend everyone watching this movie. If you get a chance to see it at a festival or if it eventually goes online at some point you should watch it! 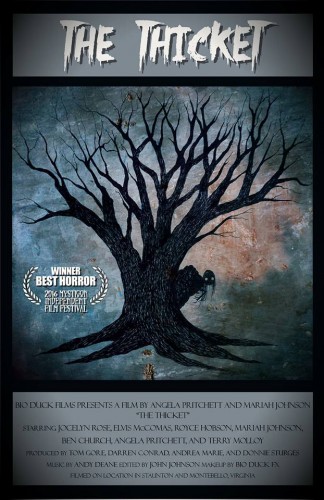