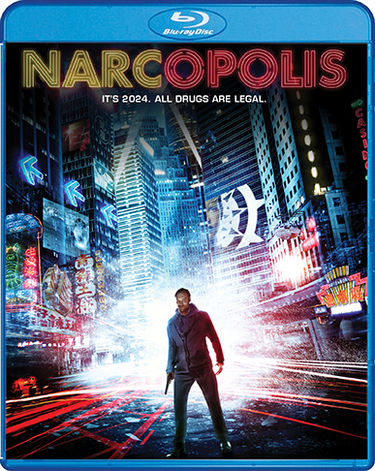 In the near future, Frank Grieves is a new breed of police officer working in a city where all recreational drugs are legal. When he is taken off a case involving an unidentified corpse, he discovers that legalization has come at a price.

Narcopolis is a neo-noir science fiction thriller. The movie quality is good, the acting is so-so, but the story itself is a convoluted mess. Just when you think you might understand what is happening in this story it takes a bizarre turn and leaves you wondering why the filmmakers decided to proceed to take the story in such a strange way.

Narcopolis takes place in the distant future of 2024 where in 2019 drugs have become legalized across the board. Pharmaceutical corporations sell the drugs and special cops called Drecks are created to arrest the drug dealers who still trade in the black market. After finding a mysterious body the Dreck, Frank Grieves finds out that legalization comes at a price.

On paper this sounds like a modern version of Reefer Madness. It has away more in common with another neo-noir film, Blade Runner. The similarities are abundant:
• Blade Runner takes place in 2019, this movie has major plot elements that begin in 2019.
• Both films feature a cop that has a title that is a slang term (Blade Runner/Dreck).
• Both officers basically work for the corporations to remove problems that the corporations are responsible for causing.
• Both officers have futuristic weapons that are fairly similar.
At times I longed for the futuristic ads welcoming a new life in the off-world colonies because despite the similarities to Blade Runner, this film does not bring any of the brains to the table that Blade Runner did.

At about the halfway point of the film the story introduces time travel through drug use. Time travel movies are somewhat tricky as it is and often require a lot of exposition to truly get the audience onboard. Adding it like a last-minute thought is a really bad idea that just makes the movie confusing. As if that was not bad enough the time travel idea makes the ending a paradox that should loop itself through eternity.

The bummer about this film is that the central idea is not a bad one. Making a dystopian movie about a world where all drugs are legal could have been interesting and smart. The political and societal implications could have been intriguing and really built a world that is terrifying no matter what your views on legalization are. Instead it felt like the writer just wanted to make a movie that people would find bizarre. The effects are not terrible but that alone does not make a movie good.

The cast does an okay job given the material. The only person that stands out is Jonathan Pryce. He has a part that is so small that it feels like the producers wasted an opportunity with him. There isn’t anyone who sticks out and the performances are wholly forgettable. If only somebody brought a unique performance or some nuance to this film it might have elevated the quality of the film quite a bit.

The noir setting of London is not bad. There are elements of dark cynicism and moral ambiguity that is par for the course with noir. To add to the confusion the movie begins in the year 2044 then leaps to 2024, and then back again. I am sure that if I had multiple viewings I might understand it a little better. The problem is that the characters are not compelling enough to want to view it multiple times. The ending is bizarre and the build up to it seems like the setup to a lame punch line that causes nobody to laugh.

When it comes to recommending Narcopolis, I would say this movie is a dud. The characters are not people you want to go on the journey with and the story is a mess of sci-fi themes that might as well have been created from magnetic poetry on a refrigerator. Even the people that enjoy bad movies might find it a bit tedious. Save your time and watch Blade Runner.

Narcopolis is now available on bluray per Shout Factory 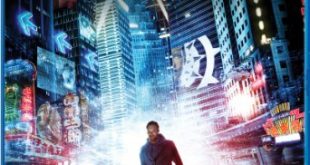