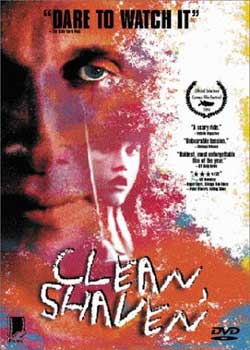 Peter Winter is a young schizophrenic who is desperately trying to get his daughter back from her adoptive family. He attempts to function in a world that, for him, is filled with strange voices, electrical noise, disconcerting images, and jarringly sudden emotional shifts. He clings to his humanity like a raft, barely afloat in a sea of terror. In a brief moment of congruence, he shatters his image reflected in a window, perhaps to more properly align it with his fragmented psyche. During his quest, he runs afoul of the law and an ongoing murder investigation.

Clean, Shaven is the filmmaking debut of Lodge Kerrigan, a writer and director whose work has ranged from a small handful of films (outside of this, so far only Claire Dolan, Keane, and Rebecca H.) and, more recently, some television work (including episodes of Longmire, Bates Motel, The Killing, and The Girlfriend Experience). This film falls somewhere in the realm of the drama/crime/psychological thriller genres, as well as being a character study of someone with mental health issues. But rather than going with the cartoonish depiction of schizophrenia that so many horror movies opt for in order to give a reason/excuse for the depraved acts they can put on screen, this one goes for a more realistic approach, which in my opinion is all the more haunting.

The plot follows two stories as they make their way toward a convergence: on one hand, we’ve got a detective trying to solve the case of a murdered child; at the same time, we follow Peter on his quest to defeat his inner demons and see his daughter, Nicole, who long ago was put up for adoption. Peter will look familiar to movie fans of all types – the actor, Peter Greene, not only went on to be a regular bad guy in movies like The Mask and Judgment Night, but was also noticed by Quentin Tarantino for his role in Clean, Shaven and cast as the sadistic Zed in Pulp Fiction. Greene is also pretty much the “star power” of this film, not that it really needed any more – all of the actors/actresses do a great job in their roles. 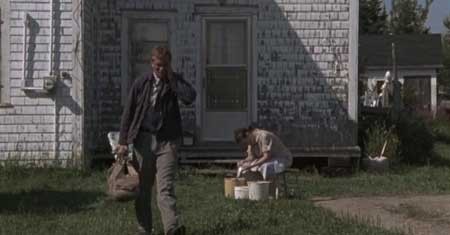 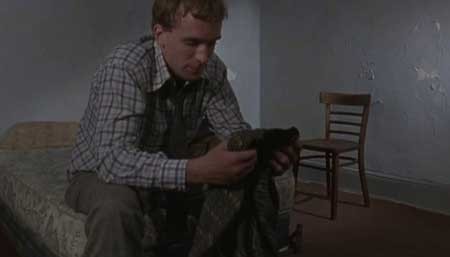 Even though we have these dual stories working their way toward each other, Clean, Shaven manages to focus not so much on the details of the storylines, but mostly on the mental health of Peter. At times, we see him working his way through his own obsessive-compulsive behavior (for example, when he orders three coffees and sets them up in order before adding the right amount of ingredients to each). The director manages to pull off a technique where he shows us flashbacks of what we assume is Peter’s past without taking the camera off the present action – volume swells, voices on top of other voices, and scrambled, static-filled sounds from a radio all play a part here, distorting the senses in the film to give a peek into the workings of his mind. We get his anger, his irrational fear (when he destroys his car mirrors and plasters newspaper across all of the windows), and his paranoid delusions (some of the more uncomfortable scenes in the film) as we move forward to the finale. 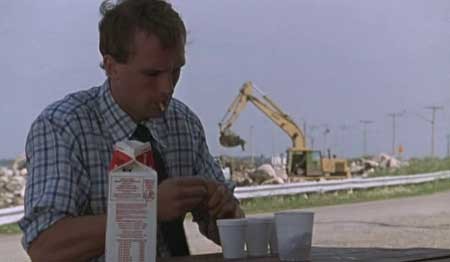 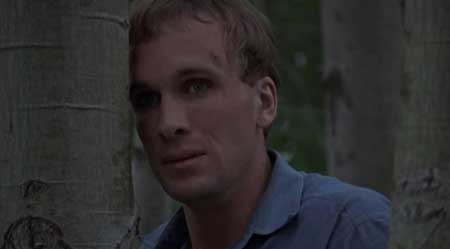 We also follow Detective McNally (Robert Albert) as he tracks down what may be a serial killer who preys on children, collecting evidence that he hopes pins Peter to the crimes. We don’t know for sure what the history between them is, but it has a very Making a Murderer vibe. Casually throughout the film, missing child ads are seen, mostly on milk cartons, giving us an idea of the scope of the investigation, another nice touch by the director to stay subtle rather than go overboard, as so many other stories of “detective on the killer’s tracks” often do. In fact, the whole movie relies on subtlety over loud and in your face, and it is this style that keeps Clean, Shaven, although a movie from the early 1990s, still relevant to this day. 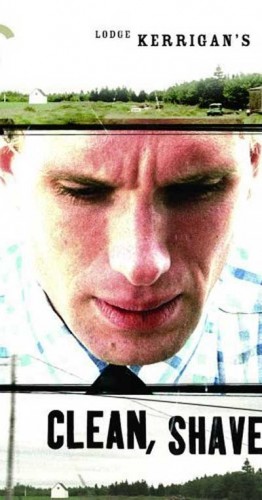 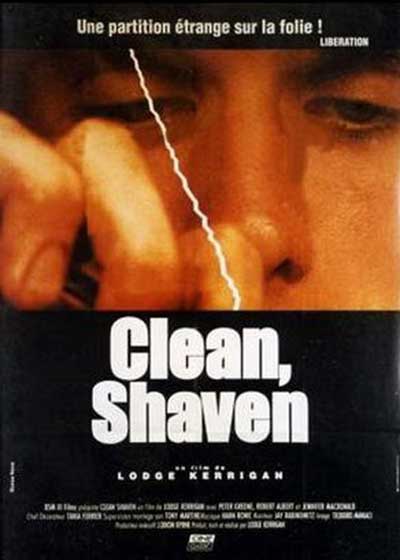 There are so many great scenes here – at one point, Peter seems determined to discover something, and goes to a library where he tears through books and magazines in hopes of finding the clue he’s been after, whatever that might be. The director’s ability to show the manic state Peter is in without having him scream obscenities and attack people is impressive and appreciated. Similarly, near the end, when Peter talks with a young girl, we aren’t shown a monster or a lunatic, we are shown a nervous, happy but scared man who is doing his pathetic best to relate to someone much younger than himself. There’s so much more to this movie, so many little things, it’s no wonder this was released as part of the Criterion Collection. Clean, Shaven has a bit of mystery, a bit of suspense, a bit of action even, but mostly this is a heartfelt, uncomfortable, beautifully told story of a misunderstood man and the world that haunts him.