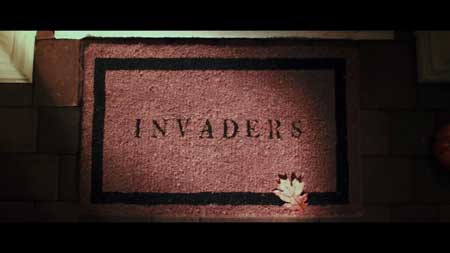 A pair of home invaders consider their potential character choices just prior to their planned invasion.

More short films! An American film this time, INVADERS by writer/director Jason Kupfer. This is a crowdfunded project, and also an award winner at Slamdance and Fantasticfest among other festivals.

We have two guys in a car, gearing up for an apparent home invasion robbery. They’ve put a lot of thought into the whole scenario – what to say, what sort of masks to wear, what their motivation might be….yea, if you think this sounds like they are preparing more for an improv sketch than a major crime, I would agree with you.

However, a crime it is and after much fuss and bother, they are ready to go for the gold. Wonder if all that preparation will pay off? you’ll have to see the film to find out. 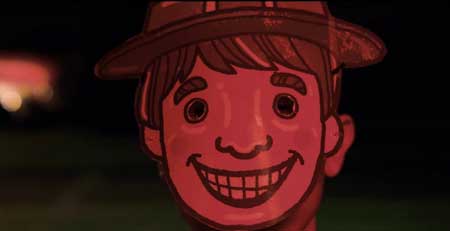 Our actors-turned-criminals are played by Ricky Wayne and Jordan Woods-Robinson, both of whom you will likely recognize from the AMC series THE WALKING DEAD. Mr Wayne played Officer O’Donnell in season 5 and Mr. Woods-Robinson played Eric in season 6. They have a really good sense of timing and chemistry together, which is what makes this film really work.

Not gonna talk much about special effects, but I will say you will be entertained. And in case you are wondering if this is a comedy or a horror film…..yes.

So using my special “short scale” of one to five, five being awesome, I’m giving this film 3 ski masks.