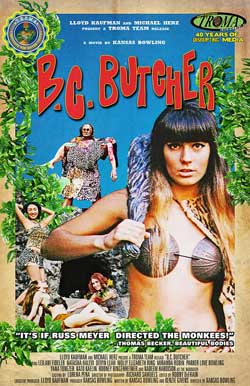 The first slasher film to be set in prehistoric times!

B.C. Butcher is the kind of film that seems like it was fun to be on the set. That same fun is not felt in the overall production. The story is muddled, the effects are terrible, the script is childish, and the acting is groan-worthy. I can excuse a lot since the writer-director was a child herself when writing and directing this film. B.C. Butcher is a piece of clay in search of a sculptor. It will likely entertain a very select group of tastes.

Neandra, a cave woman and leader of her tribe gets jealous of a girl who was with her caveman, Rex, played by Kato Kaelin. Neandra sacrifices this girl on a tree and the B.C. Butcher, a monster that lives in the area, apparently finds the body and puts it upon himself to enact revenge upon the women that killed the girl. Can Neandra stop this monster? 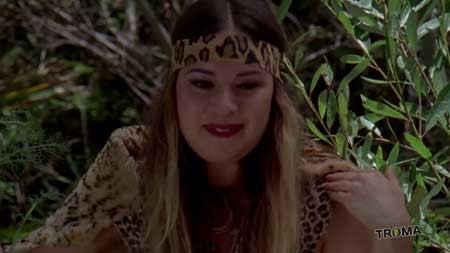 The music in this movie is good. There is a punk/rockabilly vibe that is sort of reminiscent of a 1960s movie, which is stylized and cool. The script is mostly filled with pre-historical puns like an episode of The Flintstones. At times it is clever and at times it will make you roll your eyes. There is a vibe that this would be the tribe that Bettie Page would be in when she was in her tribal garb. 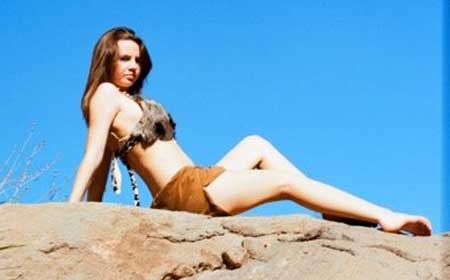 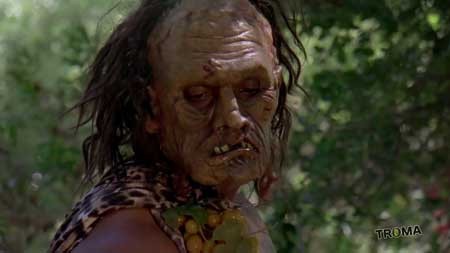 The costumes are simply leopard print cloth torn to look like loincloths. The monster is so obviously a guy in a bad mask that he might as well have been a trick-or-treater that walked on the set. They use clearly anachronistic items like steak knives, sunglasses, and have metal piercings. The title character is also called B.C. Butcher. I find that perplexing as that means that cave people have knowledge of the difference between BC/AD and also have somehow figured out the profession of butcher. Normally, I do not try to nitpick that sort of thing to such a degree but when it takes me out the movie it should be brought up. Not that this movie seems to desire to keep its audience in the movie. For example: apropos of nothing there is a scene in which the director’s boyfriend, Rodney Bingenheimer, shows up in modern dress with a duck to introduce a band that plays. 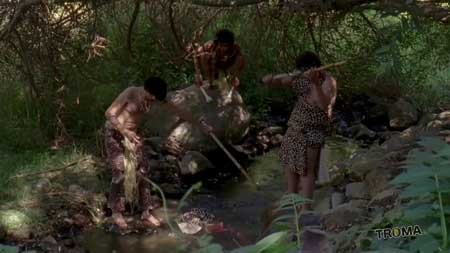 B.C. Butcher is like watching a teenage girl’s home movie. You are impressed that they made something but you also feel a bit embarrassed for the people involved. The good thing is that the sound track is tolerable and the movie is short. It is campy and I suppose a person can enjoy it for that quality as well. The worst aspect is Kato Kalein. In an interview it stated that much of his dialogue was improvised. I am sure he is a nice guy, but his jokes simply do not land and he comes off like a kid trying so hard to make a group of adults laugh. His character could have almost been written out and the film would have been better for it. 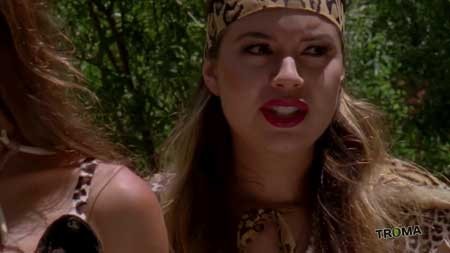 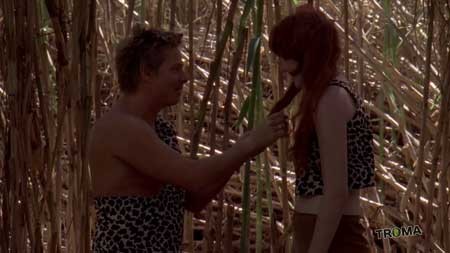 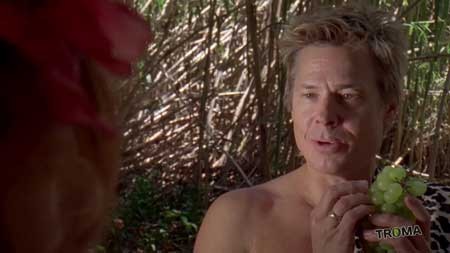 B.C. Butcher unfortunately is just not entertaining enough to recommend to people. It feels like the results of a slumber party and too much sugar. There are so many better caveman movies out there. If you are looking for something serious go with Quest For Fire if you are looking for lighter fare I suggest One Million Years B.C. Director, Kansas Bowling is still very young and has a long career ahead of her. The movie is flawed but it looks like it was fun to make and I imagine that if you are a fan of cute girls in leopard print and movies that are so corny that they feel like they come right off the kernel, than this film might be right off your alley. It is a Troma production and with that comes a certain quality you need to be prepared to experience.