Trailerer, poster, stills and info for the very creative genre-bending horror/dark comedy movie-within-a-movie DIRECTOR’S CUT. It was written by and stars Penn Jillette and also stars Missi Pyle, Harry Hamlin and Hayes Macarthur, and was directed by Adam Rifkin. 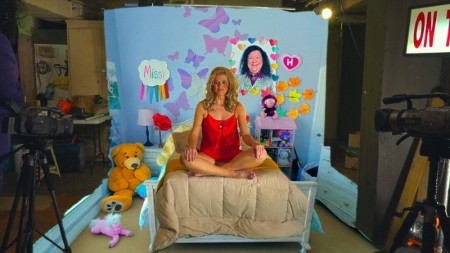 The film will be making its world premiere on Friday, January 22, 2016 in Park City, UT as a Slamdance Film Festival Special Screening at this year’s Opening Night Film.   In fact the screening sold out so quickly Slamdance opted to add a second opening night screening.

Rifkin and Jillette have created a wildly unique film that is pretty tough to put into words. Over simplistically put, a deranged lunatic named Herbert Blount (Jillette) donates a large sum of money to to land himself on the set of a crowdfunded horror movie starring his favorite actress, Missi Pyle. When it appears the director is not doing the film justice, he steals the footage and abducts Pyle in order to create his own better version. It all unfolds via the director’s commentary over his new and improved version of the film.

Still with me? Take a look at the trailer and you’ll get a better idea of what we mean. 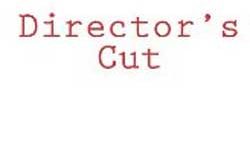