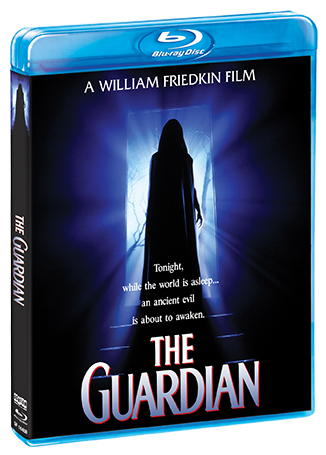 A young couple decide to take a nanny to help them out with taking care of their baby so that they will have more time to pursue other things as much as possible. In their search for one they come across someone who seems to be perfect. She cooks, she cleans and takes care of the baby. Could it be that she is a little too perfect?

The nanny in question is named Camilla played by Jenny Seagrove.  This incredibly attractive and charming woman makes an impression on both Kate (Carey Lowell most famous for Licence to Kill) and Phil (Dwier Brown). The couple even joke about the beautiful nanny as they are delightfully oblivious of what is to come. Right from the start you know that something is off about her. And these feelings get confirmed when Camilla and baby Jake find themselves in a predicament when they get harassed and chased by three hoodlums.  It is here where we see who we are dealing with. Now there are many ways to look at this particular scene but it can’t be denied that it did feel like justice was being done and that revenge is very sweet. However to really enjoy the scene it is asked of the audience to suspend disbelief. Let’s just say that nature always wins.

Prior to this we are shown how Phil starts to have nightmares about this tree, wild animals and baby Jake in the middle of this.  Some of these dreams aren’t entirely unpleasant since they feature him and Camilla having sex. Very early on Phil checks in on the baby after a small Earthquake just occurred. Only Phil had nothing to worry about since Camilla took Jake to have a bath together. At first glance innocent and harmless but it does seem to please Phil more than it should. And who can blame him. The brief sexual tension promised a subtle psychological approach to things and it would have made The Guardian a better movie for sure. However hope of that happening is demolished after the brutal scene with the tree. Why did we get to see such a scene so early? It was a little too soon if you ask me. Shouldn’t it have made more sense to build up some tension and suspense and to make us doubt before you resort to gore and violence? Anyway Camilla still injured from the attack serves dinner for Phil and Kate’s guests like nothing happened and only Ned Runcie (Brad Hall) is aware of this after he hears her moan with pain. He does not seem to think that much of it but that is probably because at the time he is not really thinking with his brain. In fact he now is so much into her that he follows Kate’s advice to go after her when she just went out of the door. He spots her going into the woods.

Naturally Ned is freaked out by this (or he is just jealous and angry that she prefers trees over him) and just when is about to leave he gets discovered by a wolf and gets attacked. He manages to break free and escape the wolf and flees to his home so that he can call the police and warn Phil. Do I really need to spell it out to you what happens?

In the meantime Phil visits Molly Sheridan who informs him about her nanny and how she believes that she and Camilla are one and the same. He immediately takes action to deal with this and it is where Camilla is not hiding what she is about.

Phil and Kate on both ends manage to fight off the evil tree and Camilla and it looks like they are forever vanquished. Then The Guardian ends. No explanation given to the events whatsoever. You just have to accept that this tree and Camilla were evil. And it makes the whole viewing experience quite disappointing. The entire film is devoid of suspense and scares. Don’t you think we could expect more from the man who directed one of the scariest movies ever made, The Exorcist? I really don’t understand why William Friedkin was unable to at least give us some chills. He did so much with very little in The Exorcist. Only when it was needed did he go full out. But first and foremost he knew that he had to build up suspense. In The Guardian he doesn’t even bother. Without context nothing in this film is scary. Just very violent and slightly gory. All the ingredients were there to make of all the events seem psychological. The events could have been explained as one big nightmare Phil was having. Which could have been spun as Phil being sexually attracted to Camilla. Maybe that was the idea but somehow that the big time studio bosses didn’t like it. Well, whatever the original intent was it would have been nice if we had gotten more background on Camilla and the tree. Why did she need to feed the babies to this tree? Was it even a tree or some spirit of some sort. What the hell was it all about? Please tell us William Friedkin! 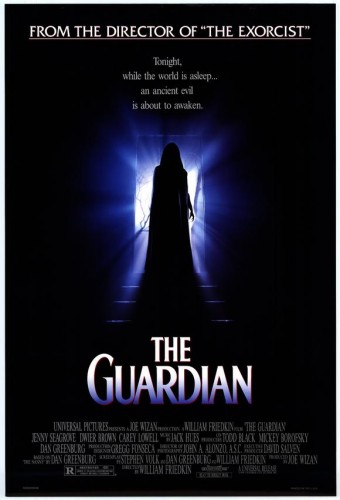 Despite the weirdness most of what occurs is made acceptable because the actors take the material very serious. If they had not then I think I would have not stopped laughing. I do believe that there must have been more to the original story and that somehow all of that got cut. The violent scenes are entertaining and certainly help a lot only it is not enough to make this film worth your while. So please avoid this!

The Guardian in now available on bluray per Shout Factory