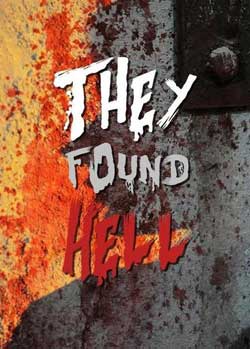 A group of college students are trapped in hell after a teleportation experiment goes awry, and the inhabitants are determined to devour their souls.

When it comes to Syfy original movies you usually have to take them with a grain of salt. Syfy original movies mostly end up in the category of “so bad it’s good” but on some level the audience has to respect the fun these movies bring on such a low budget. They Found Hell has all the feel of a low budget film with a few better qualities, which make it amusing for the casual viewer.

Several generic college students are experimenting in teleportation technology. An accident occurs which opens a dimensional portal into hell and sucks the students inside. They must face the monsters and demons of hell in an attempt to escape while their friend and professor attempt to get them back to Earth.

The makeup effects in this movie are colorful and imaginative. It is as if the producers at Syfy recruited the folks from the show Faceoff to make these hellish creatures. In addition there were also giant leech puppets that were very creepy looking and led to a very compelling and gory scene where some friends had to use an axe to remove the leeches from a companion’s stomach and then cauterize the wound. The sets have an eerie abandoned mood that makes it look as though they were filmed in the ghost town of Pripyat where the Chernobyl disaster occurred.

The acting is fair at best, ranging from high school drama student quality to the scenery chewing “I really need this to make rent.” The dialogue is clichéd and really obvious. As soon as the students get to Hell they find a sign with the Dante’s Inferno quote, “Abandon all hope all ye who enter here.” They also seem to be dabbling in mad science, which is unknown to their own professor since upon finding what they did he says “The fools. What have they done?” The students do not even keep the guise of scientists for long after entering hell and fall quickly into the roles of horror film idiots. They are not curious about their situation and they make wild assumptions.

The CG creatures are not all that great. There are winged beasts and a couple of creatures that look like they were inspired from Lovecraft’s Deep Ones. Then there are the CG dogs and plants. I am not sure why they felt the need to make CG dogs when it would have probably been cheaper to use several trained dogs for the stunt and they would look less cartoonish. The same could be said for the moving plants. Considering that The Evil Dead had a plant attack back in 1981 it says a lot that people feel the need to use computers now to animate that sort of effect.

They Found Hell does not have a terrible story. It is more like a good idea that was weakened in development. If it had a larger budget or even a few script re-writes, this movie could have been something like As Above So Below. As it is, it mostly comes off as a showcase for some neat makeup effects in a creepy situation. It would have helped a lot if the writers spent a little time on character development. I found the college students to be basically characters without personality other than what they look like. When a movie does not care to differentiate between the characters in a horror film then they basically just become meat for the grinder. 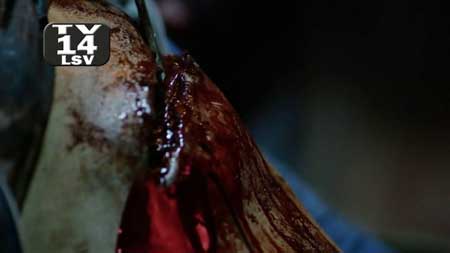 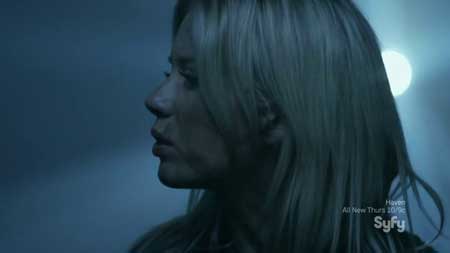 If this movie was playing on television and there was nothing to watch, I would watch it. It does a fine job of being creepy using atmosphere and not relying solely on jump scares like so many modern films do these days. While certainly not Oscar-worthy, it will at least entertain and if you are into horror makeup or elaborate horror costumes you should give it try. At the very least it will kill some time if you are looking for something that is a bit different with elements of As Above So Below. 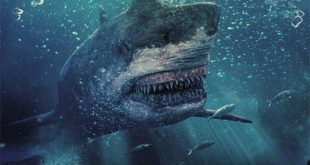 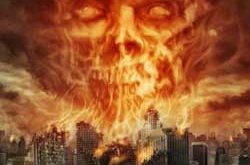