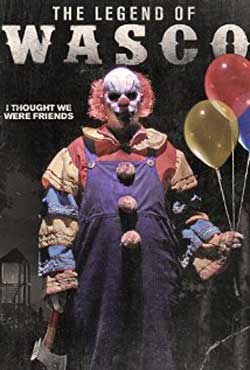 A clown performer and his future brother in-law create a web sensation by dressing up as the infamous Wasco clown and posting pictures on social media. They unwittingly resurrect the real Wasco and his henchmen. As murders rock the community, the friends band together to send the evil clowns back to the grave

On paper The Legend of Wasco sounds like an awful idea for a movie. I’m not sure how anyone would be spooked by this movie unless they are terrified of clowns and copious amounts of balloons. This movie is a satire of horror movies yet the actors play their roles it as straight as they possibly can. The characters are interesting and the dialogue is fairly realistic given the situations. It comes down to the poor technical effects and clear lack of budget that hinder the film. 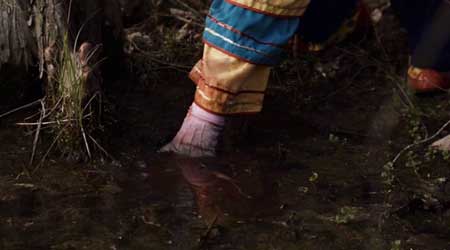 Tyler and Christy is a young engaged couple who are visited by Christy’s brother Byron. Byron and Tyler bond over beers and tell the legend of three murdering clowns that kidnapped the mayor’s daughter and raped her. After getting caught by the police they were given backwoods justice and killed, cursing the town upon their deaths. Tyler is a dancing clown for a car wash and Byron takes pictures for the Internet. The social media frenzy resurrects the fiendish killer clowns. As new bodies begin piling up it is now up to Christy, Tyler, and Byron to find a way to kill these clowns from Hell to stop them from killing more people.

For a horror movie the filmmakers seemed to pick an odd subject. Clowns to me, and to a lot of people, are simply not scary. On occasion, when the clowns are approaching some of their victims, a room will be filled with balloons as if that is supposed to be frightening. I think the movie is aware of this because at one time Byron says, “I’m just not scared yet. They are just balloons.” 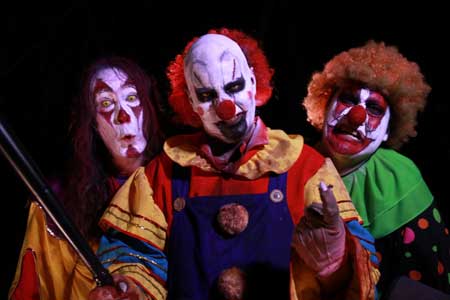 The characters are interesting and well developed. The dialogue between them seems authentic and fits the scenes appropriately. The acting is fair but nothing notable. I would imagine that these kids are the stars of their college improve team but they are a long ways away from becoming award winners of the big screen.

Where the movie falls flat is on a technical aspect. The sound has an echo in almost every room, which is very distracting. There is also the matter of the lighting- several scenes are too dark to see what is happening. Filmmakers need to know that if you are doing a scene in poor lighting you might as well have the lens cap on. Either way you can’t see anything.

The music is actually very fitting for the horror genre and sounds reminiscent of many of the John Carpenter films. There are some other scenes that seem to pay homage to other films ranging from Carnival of Souls to Back to the Future. The fight scenes and the action scenes are fairly lazy. The struggles of a girl about to die could be compared with a tired baby being hauled off to their crib. Another frustration is that kills occur off-screen and the violence is simply implied with a blood splatter. 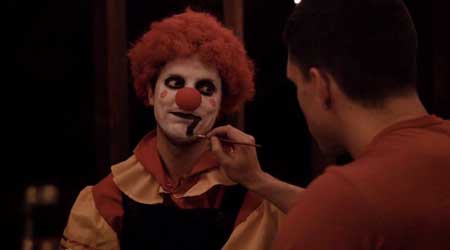 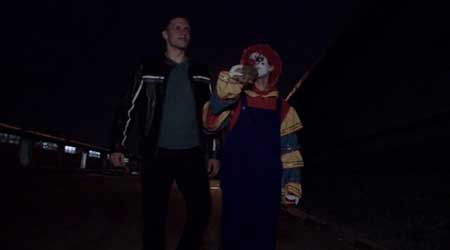 Considering the homage scenes, some of the meta dialogue, and the use of things like a “knife forged in hell,” I cannot help but think that this is a tongue-in-cheek movie which does not take itself too seriously. With that mindset, this movie is quite enjoyable. The fact that the actors play it straight the entire time without making nods to the camera or mugging for forced laughs is commendable. If you are looking for a serious horror film this will certainly disappoint you.

As a satire on the horror genre it might be considered fairly clever. It takes three people with real “adult” problems and places them in a situation that is ridiculous and laughable. The only people that will truly be chilled by this story though, will be those audience members that cannot handle clowns. It really is a shame that the technical problems make this movie worse then it actually is. If it had a bigger budget The Legend of Wasco could have been the 2015 version of Stitches. 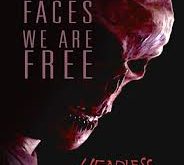