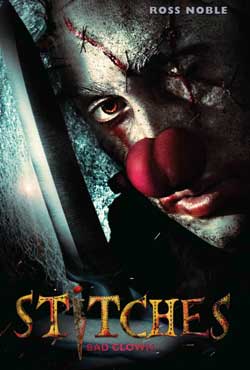 A clown comes back from the dead to haunt those who took his life during a fatal party mishap.

Comedy horror is something that will always polarise audiences. Should the film primarily be a horror with some funny lines or should it be a laugh out loud affair with a few gory bits? From writer / director Conor McMahon comes Stitches which attempts to find this elusive balance. 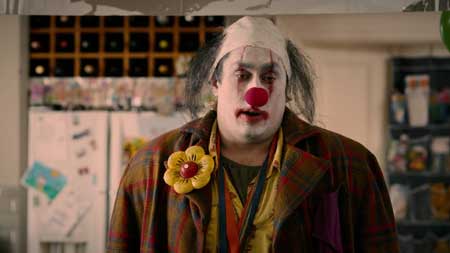 The film tells the story of “anti-clown” Stitches (Ross Noble) who is accidentally killed following an unpleasant encounter with a dishwasher while entertaining an obnoxiously populated children’s party. Following a curiously strange gothic-type ritual by some even stranger looking clowns Stitches rises from the grave to avenge his death on the now teenage partygoers.

When the original party’s host Tom (Tommy Knight) has another party when his parents are out of town Stitches gatecrashes and begins to pick off his victims one by one. 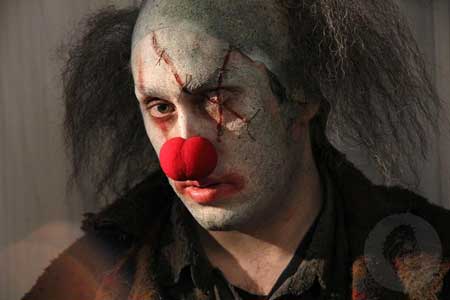 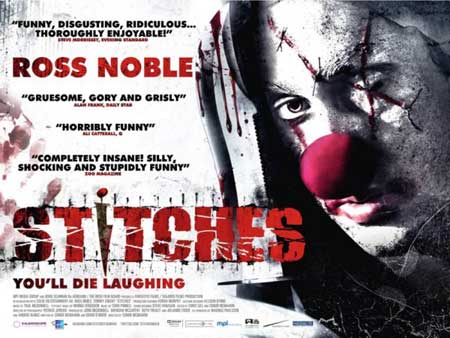 There are good and bad things about Stitches but at the end of the day I laughed more than I have at many mainstream comedies. McMahon has created a dark blend of humour and gore that will leave the viewer satisfied and is sadly lacking in many productions. The cast are on the whole a little bland and forgettable and don’t posses the character or likeability when compared to Scream for example but are primarily there just to be killed anyway so this isn’t too much of a problem. The deaths are incredibly inventive however; one in particular involving an umbrella had me laughing guiltily out loud, but at times may be a little too bloody and graphic as to be almost cartoon-like.

The pace of the film is fine although it does linger a little in places and the final act wallows too much, as if the film could be 15 minutes shorter but needed to be dragged out to fill a time requirement. What results is an ending that comes across somewhat muddled and untidy and isn’t entirely representative of what has gone before. 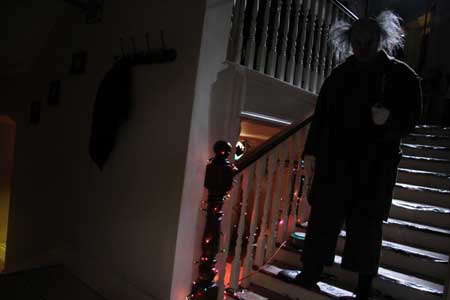 The biggest success though is the clown. Ross Noble easily makes the jump from stand-up to dark villainy and delivers the at times cringe worthy (in a good way) post-death puns with timing and relish. The majority of the humour is centered around the clown and as the teenagers are on the whole unpleasant you find yourself beginning to side with him on his murderous spree and almost looking forward to the next ingenious killing method. 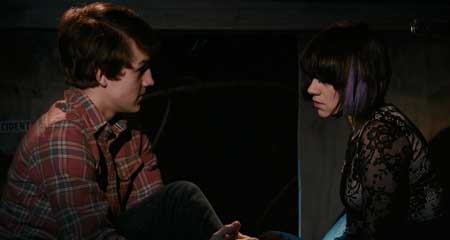 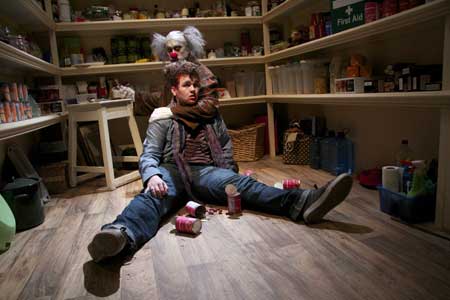 Yes Stitches is cheesy, and yes it’s a little predictable but it would be wrong to dismiss it. In a post-Shaun Of The Dead world the bar is extremely high for horror comedy and in recent years only Zombieland has come close to this standard. Stitches may not be quite at that level but I would suspect there would be few people who would not laugh at this film. Well worth checking out and would be a good choice for a post pub watch on a Friday or Saturday night. 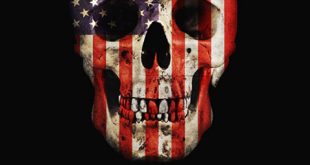 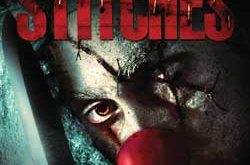 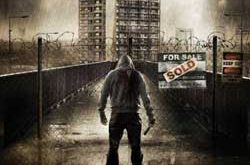 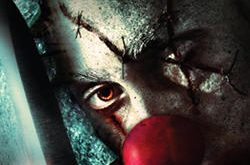