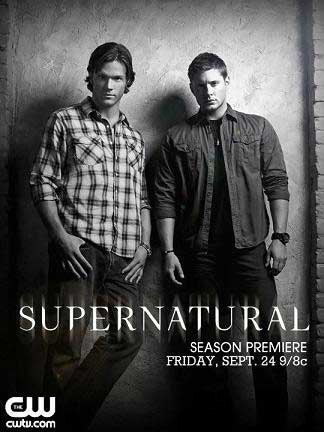 A while back EW’s Ausiello Files sat down with Supernatural creator Eric Kripke, and since we’re so close to the beginning of a new era for Supernatural I thought it’d be nice to kick back with our old friend “The Kripster” as he tells us about his  decision to step down after the completion of his “vision”, and what that means going forward into Season 6. Read on. Enjoy.

EW: “Why did you decide to step down as show runner?”

KRIPKE: “We were reaching the end of this five-year story line [so] I thought the timing was right. I knew that we were closing this chapter and opening a new one. It felt like it was the right time to take a step back and focus on new projects, but still keep my grubby little mitts in the show…

KRIPKE:(Cont’d)…It was a lot about Sera and her enthusiasm and her ambition. I really think after five years of all of my crap, to have someone who has a fresh perspective and a fresh energy on these characters and this universe is healthy for the show. Supernatural has always been a show about reinvention. We try really hard not to do the same thing. I thought that Sera’s [increased] involvement really helped guarantee that this season is going to feel a little different, a little fresher. She has a different sensibility.”

EW: “What exactly will your role be?”

KRIPKE: “I see my job as being a safety net and just making sure that the show falls in the broadest possible parameters…. Sera and Bob [Singer] are pitching episode ideas to me. I’m in the room so far for every episode break. I pitch a couple of episode ideas, pitch a couple issues of how to fix some problems and some breaks. I’m giving some script notes. I’m still in it; I think, frankly, Sera and Bob wish I backed the hell up.” [Laughs]

EW: “Will you be writing any episodes?”

KRIPKE: “I think I will certainly be writing an episode this year. I am also slated to direct an episode in February.”

EW: “What do you say to those fans who felt the show should have ended with season 5?”

KRIPKE: “My answer to that is time will tell. I have high hopes for this season. I remember the same kind of concerns when we bumped off Yellow Eyes in season 2. We killed their Big Bad and where were we going to go now? We always found a different place to go. People forget that I didn’t [originally] want angels in the show. Then we introduced the angels and then it spun the story line in a way that was really rich for us. This is a show that ends story lines and starts new ones and reinvents itself. I think because it is hardwired into the DNA of the show, it will weather a lot of transition and growth. The question is not should it have ended, the question is, Is the new story line compelling and interesting and is it an arena of this universe that we haven’t explored yet and is it putting Sam and Dean into new situations that we haven’t seen before? I think it does all of the above.” KRIPKE: “One of the first things Sera and Bob talked to me about was that the angel thing is rightfully exhausted, so where do you go from there? Not to say that angels and demons won’t be a part of the story line, because they will. Castiel will be there. Crowley will be there. The beloved characters will be threading into the story. But the great undiscovered country of Supernatural is kind of right in front of our face: creatures and monsters. We have had so many creature episodes but we haven’t actually explained where they came from—[similar] to the way we have explored angels and demons. How do they feel about the situations they are in? Are they from here? Where did the first ones come from? How did werewolves and vampires and shape-shifters all begin anyway? I thought that was a really smart notion on [Sera and Bob’s] part, just exploring the history of that, because that was something that we never investigated on the show.”

EW: “How does Grandpa [Mitch Pileggi] fit into this?” 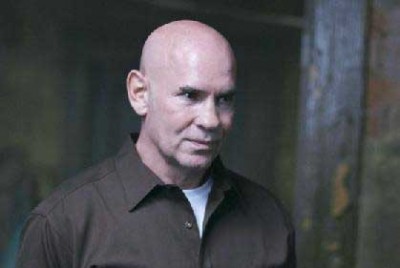 KRIPKE: “He’s representative of the other side of this exploration, which is that Sam and Dean have a family of hunters that they never knew they had. Their grandfather is the head of that family. Remember, it’s not the Winchesters who are famous hunters, it’s the Campbells. And we are saying that the Campbells are part of a timeline of hunters that have been there since the country’s origins. As Sera put it, they were hacking heads off vampires on the Mayflower. For Sam and Dean to really tap into a family history, which they never knew they had and again never really investigated before, is pretty interesting to us.”

I’m glad to see Kripke writing at least one episode. This, coupled with Sera Gamble’s confirmation that the “monster-of-the-week” format will be back, and that there will be a new focus on the “mythology” of the creatures and monsters that the boys encounter sounds awesome. Also, love how blunt the interviewer was at the end. Fast and dirty that’s how you do it.  See EW’s original piece Here.

Supernatural returns on its new night, Friday, Sept. 24th 9/8c with the Season 6 premiere “Exile on Main Street”… “It’s a year later and Dean has given up hunting and is living with Lisa and her son Ben. Mysteriously freed from his cage in hell, Sam finds Dean and tells him he needs to rejoin the fight and introduces Dean to a world – a family – he never even knew existed: the Campbells, his mother’s family, led by none other than their Grandfather Samuel (Mitch Pileggi).”