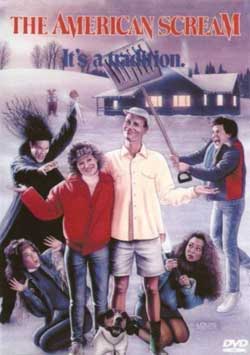 A family goes on a vacation to an odd little town where the locals enjoy killing any teenagers or kids that show up there.

Somehow The American Scream flew under my radar as it was made in 1988 but I hadn’t actually heard of it until I just watched it today. After viewing it I now know why I never knew that it existed. It was quite a chore to sit through it from beginning to end but somehow I managed to do so (I guess I am a glutton for punishment I suppose). I thought that it was boring, overly silly, and just wasn’t very good in general. Even though I am a huge fan of 1980’s horror films and believe that the best films of the genre came out during that time period I have to say that The American Scream is definitely an exception as spending time at the dentist having a long, painful root canal is probably a more enjoyable experience than watching this movie. 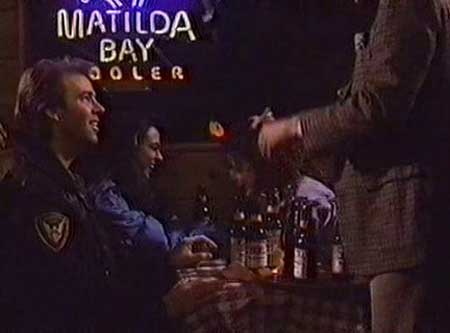 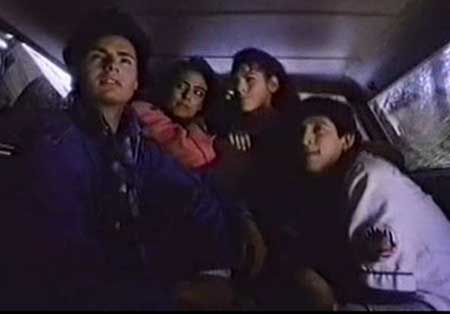 One of the biggest problems that I noticed about the film is the fact that it doesn’t know what it wants to be. Is it a horror film? Is it a comedy? Is it a horror/comedy? I don’t know and I honestly don’t think that the people behind it knew for sure either. If it is supposed to be a straight up horror film it fails miserably because it isn’t scary and it doesn’t work as a comedy either as it isn’t funny. It is basically just a series of poorly-written scenes that were sloppily thrown together in a very short period of time as the entire movie just has an overwhelming “half-assed” feel to it. I’m not exactly sure what the people responsible for it were going for here but it is quite obvious to me that they weren’t attempting to make an entertaining movie (if they were I honestly feel bad for them). The end result is laughably bad (and not in a good way) and after watching it I’m not surprised that director/co-writer Mitchell Linden never went on to direct or write any other movie. 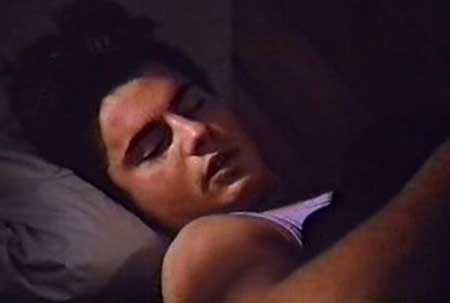 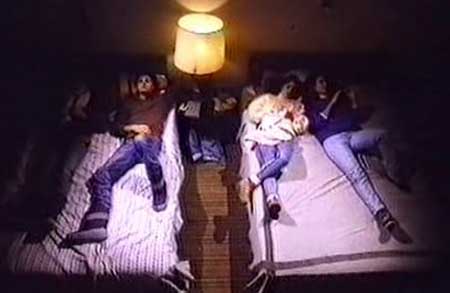 One of the most frustrating aspects of The American Scream is the fact that it could have actually been pretty decent. I thought that it had an interesting enough premise and had it been handled properly it might have been a very good movie. I will admit that there is a nice explanation as to why the town (and the people that live there) is so weird but it really isn’t worth watching the entire movie to find out what it is. I think that the biggest reason that I am so down on the film in general is due to the fact that it could have been something quite awesome had certain elements been done differently. As I just said I thought that the whole reason that the townspeople were killing off anyone under the age of 18 was unique and original but unfortunately it gets overshadowed by the fact that the rest of the movie is quite terrible. Had it been in the hands of more competent filmmakers (and actors) it really could have been a contender in my opinion. 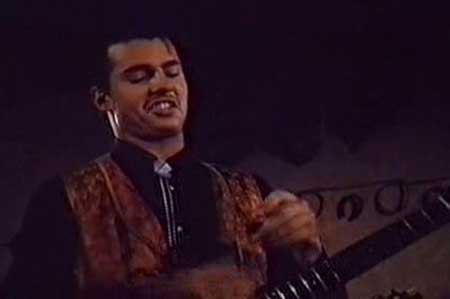 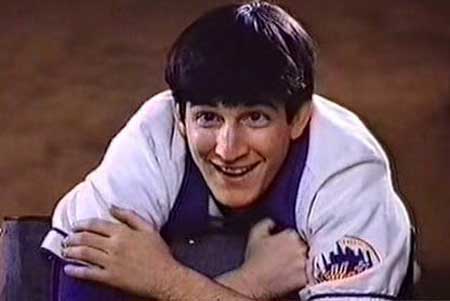 The acting is also another downfall of the movie if you ask me. While it may not be the worst acting I’ve ever seen on film it is still pretty lousy for the most part and played a huge hand in taking me out of the movie overall. I don’t really think that this was any fault by any of the actors themselves (as I’ve seen a few of the people in other things and they were somewhat decent in those roles) and blame it more on the lines that they were given. The dialogue is mighty bad for the most part and I don’t think that even the most talented of actors could have made what they were saying work. Even George “Buck” Flower is wasted here as one of the resident weirdoes (who drives around with a stuffed dog that he pretends is alive for some unknown reason) and most of the time he is on camera he looks like he would rather be somewhere else doing something else. In addition most of the main characters are pretty interchangeable and there is nothing about them that really stands out or makes them memorable (again thanks to the lackluster writing more than anything else). 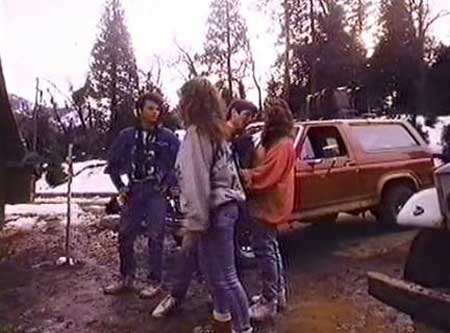 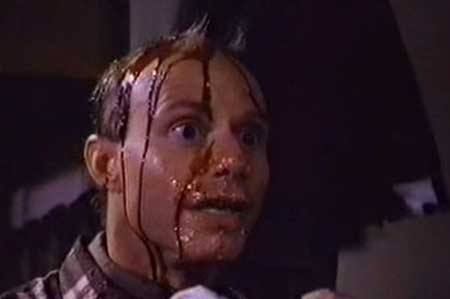 I just wasn’t really a fan of The American Scream. I thought that it was boring, goofy, and just sort of a waste of time in general (the ending is beyond idiotic). While some online reviewers have compared it to Troll 2 in quality I don’t know if I would go as far as to say that it was quite that bad but at the same time I am in no hurry to ever watch it again. There isn’t a whole lot to like about it, and as such I think that it is a good idea to just skip it completely as it really isn’t worth your time.