Three American filmmakers become the targets of the evil spirit of the most violent cannibal in recorded history.

Ghoul opens promisingly enough. It speaks of the Ukrainian Holodomor or “hunger-extermination”. A real-life tragedy and a dark page in human history wherein between 2.55-7.5 million people died. In 2006 it was recognized as a genocide carried out by the Soviets against the Ukrainians. When one considers that the Holocaust claimed approximately eleven million lives, it puts this into context. This is a dark bit of background for a movie. To make things even more foreboding, the story involves the Soviet Union’s most violent serial killer, Andrei Chikatilo. Powerful archival footage from the Holodomor is shown, setting in stone the horrors of the past that frame this modern day horror story.

If Ghoul lived up to its opening and premise, it would’ve been an amazing film. Instead, it has an acceptable beginning and spirals downwards from there.

The movie centers around a group of filmmakers who have traveled to the Ukraine in order to shoot the first episode of a documentary series about modern day cannibals. They are joined by their guide and their translator…and eventually a local witch. Because what is a movie about cannibalism without a witch.

Our introduction to the cast is misleadingly stable. Solid photography and obvious cut edits belie the films “found film” style origin. After all, if this is found film, who edited it? Still, the opening cuts look very much like a documentary. The flowing language (presumably Ukrainian) and subtitles give a great feel to the early moments of the film. There is even a growing sense of unease and discord as the guide begins shaking the crew down for more money and greater expenses that the production simply cannot afford.

Finally the crew meets Boris, the cannibal that they are to arrange to interview. It is one of those “the camera is turned off…really” moments that have become standard for films of this nature (used to far better effect in Cyrus: Mind of a Serial Killer). We don’t see Boris’ face, but he disquiets and discomforts us. He sleazes at the attractive translator and, without warning, delivers an explosive punch to her midsection. This moment of unexpected violence is well used but sets a tone of jump scares that run through a movie that relies too heavily upon them.

Now, with the local witch in tow, the crew sets out into the seclusion of the wilderness, to the very home where Boris is said to have committed his cannibal acts, in order to interview him. They drive along what could generously be called a forest path, branches scraping against the van. Everything in this buildup serves to emphasis just how secluded the location is. They are an hour away from the village (certainly a day’s walk or more) when they can drive no further and need to walk the rest of the way.

Arriving at the house they set up a secondary camera for additional coverage of the upcoming interview (and obviously so that the filmmakers can show us the actions of evil spirits). By now the camera work has degraded to standard shaky-cam fare (seriously, do film students not learn how to keep a camera level these days) and the characters proceed to look around and startle themselves.

Boris never shows up. As an actor, it was a smart move. It is all downhill from here as the originality of the film and the splendor of its dark and morbid setup is squandered on a series of recycled horror tropes, one after the other.

Footage that mysteriously glitches so viewers know that something supernatural is occurring? Check.

Strange noises in the night? Check.

The list goes on and on. Ghoul leans heavily on such better films as The Blair Witch Project, The Chernobyl Diaries, and the Supernatural Activity series. So many movies did this material earlier, and did it better. Even Devil’s Backbone Texas did similar things with spirits.

The only thing that this movie really has in its favor are the Ukrainian cast, who give it a great feeling of authenticity, and the locations. Now, when I speak of locations, I don’t mean the forest. The forest at night it looks like it could be the forest from the Blair Witch Project. A dark forest lit only by a light on a camera looks like any other. But the caverns, the old barn, the house itself. These locations do add to the feeling of menace in the movie.

In the end though, when there are more executive producers, co-executive producers, producers, and co-producers (11) than cast in a film, you know that there is trouble. This is a movie that deserved much better. Writer/director/producer Petr Jákl created a great concept, but he simply failed to deliver. The movie relies too much on the voyeuristic trend of watching “found footage” and on gimmicks, without rising to the level of the concept. There are redeeming qualities, but the movie is disappointing for what it could have been versus what it is.

Two out of five stars. 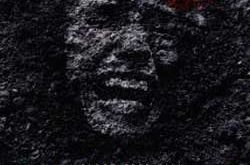 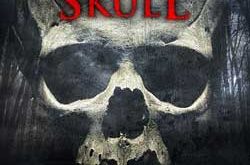 Film Review: Expressway to Your Skull (2014) 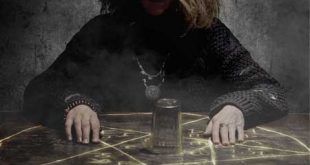