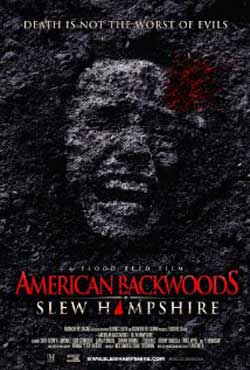 In June of 1994, one of the most brutal mass slaughters in history occurred in the backwoods of northern New England. Four months later, history is about to repeat itself. The end of summer signals the brink of manhood for a group of lifelong friends who proudly call New Hampshire their home. But when they embark upon a local rite of passage – traveling north for one final weekend of debauchery together – it just might prove to be their final weekend PERIOD, as this rite is doomed to go frightfully wrong. When they find themselves ensnared in a struggle for survival amongst a sinister hunting party, a bloodthirsty tribe AND a mythical beast, what began as a comedy of errors devolves into an all-out Darwinian duel to the death, and less than 24 hours will pass before a slew of lives have been claimed and the last of the living

Sometimes, there are really cool ideas that, once written out and put on film, just don’t pan out the way you’d hope they might. I mean, there are so many factors to account for – acting, writing, camera work, effects, costumes, etc – if you really think about it, it’s kind of amazing that any movies succeed at all. American Backwoods: Slew Hampshire, written and directed by Flood Reed (who you may also know as Satchel Underwood), is the perfect example of a movie that falls into the above scenario – great idea for a movie, but it just doesn’t quite translate on the screen. 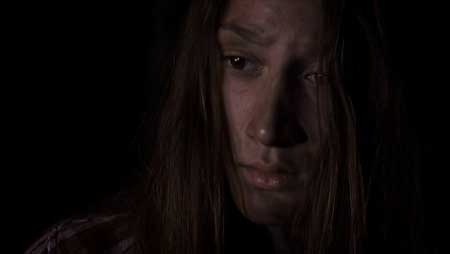 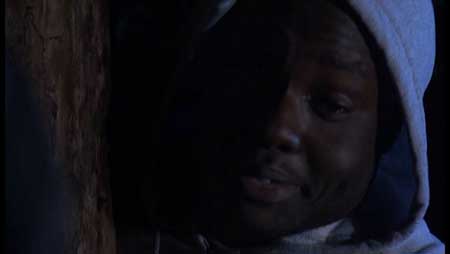 Here’s a quick plot summary: A group of buddies go to visit their friend at college, where a professor tells them of an unforgettable place they need to check out (in this case, it happens to be some legendary strip club). The guys head out for a wild time, but end up having car problems, and after a cop comes to help, they find themselves in a backwoods version of The Most Dangerous Game (check out either the short story, by Richard Connell, or the Ernest Dickerson film, Surviving the Game, if this reference isn’t familiar). However, there’s something (or someone) else out there in this forest, and soon everyone is being hunted and no one is safe. Does that sound like a fun movie or what? Now let’s talk about why it didn’t quite work. 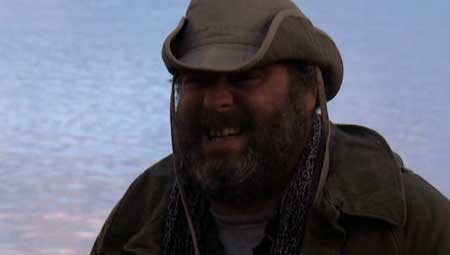 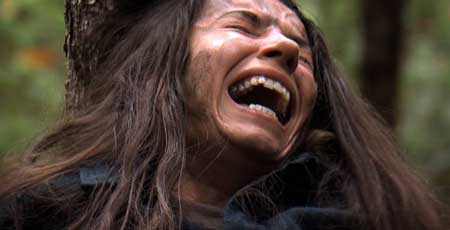 To start, I don’t particularly care about any of these characters. Now, this is not always a requirement (see the slasher genre, where audiences are often drawn in by the variety and uniqueness of the kills), but in this case it would certainly help. We get one main character who seems like a decent person, the main protagonist, played by Dayo Okeniyi (see also Hunger Games [Thresh] and Terminator Genisys [Danny]). But then, maybe this is the filmmaker’s intention – the main four people are literally named Kid, Buddy, Dude-Guy, and Bro (that’s Okeniyi). I assume someone somewhere thought that was funny…which brings us to another problem: the humor. If you think a movie like Dude, Where’s My Car? is funny, then you might think this one is too. And there’s not even anything wrong with finding that funny (I’m no pretentious jerk, I’ll take a Zucker brothers comedy any day), but it’s a very specific brand of humor targeted at a very specific audience…and it doesn’t work very well here. 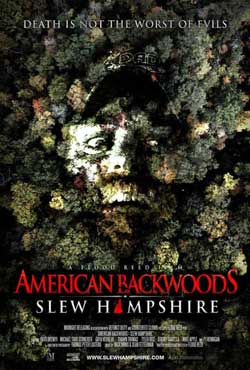 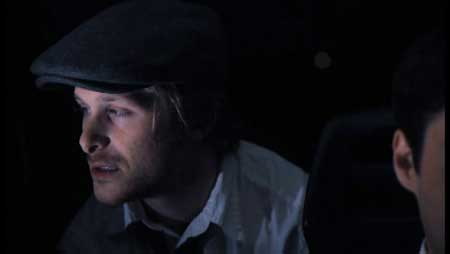 Let’s talk about the horror part of this movie – that’s what we’re here for, isn’t it? American Backwoods: Slew Hampshire was recognized by Rue Morgue Magazine in 2013 for its gore, and was also nominated for a couple awards at the Shockfest Film Festival. So yes, there are some good bloody parts in here, but it takes close to a half hour to get there. Too much time is spent on the four main guys bickering and making gay jokes, and then stereotyping the backwoods dudes, Deliverance-style. But once the red stuff does show up, things get a little better. There’s some decent action, and some suspense as people hide in the woods from whatever it is that is after them, and it does end with a bloody bang. But somehow it still doesn’t quite work, and feels longer than it really is (runtime here is already 103 minutes). 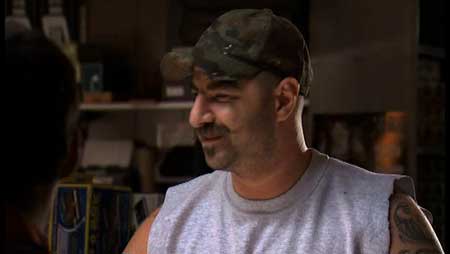 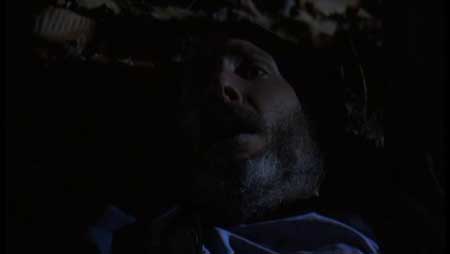 One problem I have with this film is a style choice. Some scenes are shot grainier, almost fuzzy or filtered in some way, which makes them seem like flashbacks…until later when you realize that maybe some of them were, others were possibly daydreams, and still others were present time scenes that were just shot weird. Add in the shaky cam employed at times when something brutal is happening, and it’s easy to get a bit annoyed here. There is potential, and it’s by far not the worst movie I’ve seen, not even the worst I’ve seen this year (and it’s only January), but it just doesn’t work for me. Some decent gore, a genre-familiar face (Michael Todd Schneider of ToeTag Pictures fame), and a cool concept are only able to take it so far, and in the end I found myself wishing the same story had been approached from a different angle.