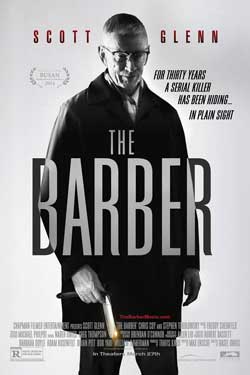 All fingers seem to point at Francis Visser notorious serial killer as the body count rises and terror rules the night. While indictment seems inevitable the investigating detective botches the case and Visser walks free. Fleeing certain incarceration he adapts a new identity of Eugene Van Wingerdt, a small town barber. Someone isn’t so soon to forget the evil tendencies of Francis Visser. A stranger shows up threatening to expose the maniacal sociopath and soon turns out to be his worst nightmare.

“A man’s appearance is everything.”

I often wonder if a film is best enjoyed with no previous preconceived impressions or expectations. The less hype in many cases the better. Media, advertising and production marketing juggernauts often set the bar very high for enthusiastic cinema goers. I must admit I’d never heard anything of this title prior to watching and couldn’t be more pleasantly surprised. 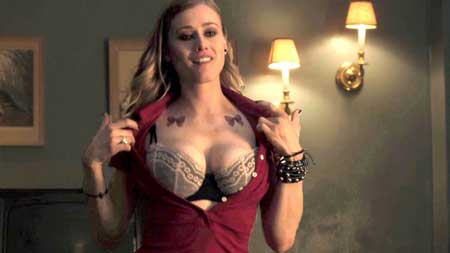 Upon the initial credits news broadcasts, paper clippings and crime scene photos do an effective job of placing the back story for one Francis Visser played by Scott Glenn. We’ve seen these cinematography techniques utilized time and again in crime related or serial killer movies. The tool works on a number of levels in placing exposition of the plot in a relatively short time frame. Subconsciously we absorb all of the evil deeds deployed and gravitate towards an undeniable sense of dread.

A cameo from Thomas Calabro in the role of investigating Officer Thomas McCormack seems to bring an element of authenticity to the table. Many will remember his performance as the doctor Michael in Melrose Place that we all loved to hate. A recognizable commodity in this case, Calabro lures in a demographic and fixates their attention on the big screen until the very end.

Stephen Tobolowsky in the role of Chief Hardaway will engage a vast audience as well. Tobolowsky has been in countless productions arguably most notable being Californication. His performance as the oblivious police chief only continues to further accentuate the potential block buster caliber of a production we have before us.

The performances of the entire cast is of exceptional quality. Scott Glenn in the lead role as Visser/Van Wingerdt was a brilliant choice and we question not who could possibly deliver a more convincing portrayal. As the audience we’re perpetually rendered in wonder not sure of what to make of him. The interpersonal relationship between him and Hardaway further compounds the suspended sense of wonder luring the psyche deeper into the fray of action.

A bevy of beauties caps off the cast nicely presenting a component of enchantment. Olivia Taylor Dudley plays the small town waitress at the local greasy spoon. Her svelte physique and sultry, seductive innuendoes raises the mercury to another notch entirely. Reckless abandon with John McCormack (Chris Coy) has much more dire circumstances than any of us could foresee. Kristen Hager plays Audrey, McCormack’s love interest and commands one to sit up and notice with every second in her scenes. In either cases the two look breath taking every second they do it.

As each layer of the suspense is peeled back the riveting action that ensues will provoke even the most cynical of fans to keep guessing until the final act.

The action sequences are brutal and well-choreographed. Viewers may be best advised these scenes are not for the faint of heart. John McCormack’s relentless aggression will inspire many a sleepless night in some and many others will be readily prompted to close their eyes and ask when it’s over. The special effects department do a phenomenal job of depicting the scars of the victims and perpetrators. 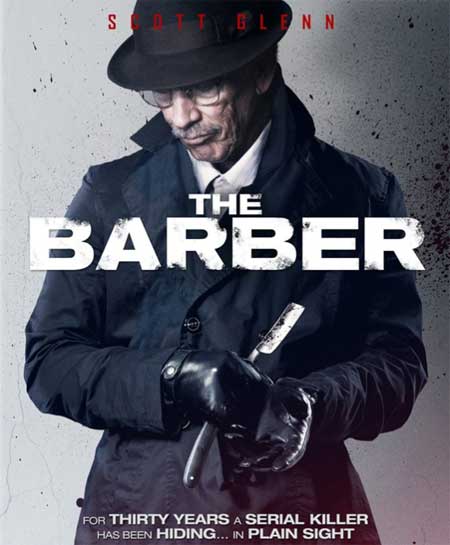 Plenty of plot, dips, swerves and detours will keep audiences riveting well beyond the final credits. At the heightened climax a degree of dread and foreboding is harnesses flawlessly as we anticipate the fate of the main characters. Where the anti-hero or villains shift into the hero and vice versa we’re not entirely sure who to root for or what the potential motives of the characters are which ultimately makes for a well-crafted psychological suspense. Overall The Barber is indeed a dark horse in a herd of saturated genres that will be sure to inspire many a conversational piece well beyond the final reel. The Barber is spawned of the kind of intestinal fortitude that other directors wish it could be.