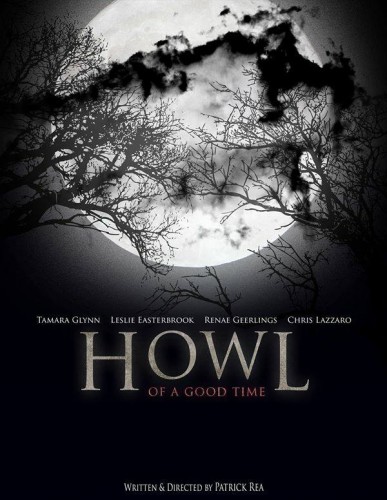 Patrick Rea’s new short film, Howl of a Good Time, is receiving major buzz after becoming an official selection at the HorrorHound Cincinnati Convention and Film Festival. Not only is the film due to make werewolves howl with delight, but it is also Tamara Glynn’s on-screen return after a 26 year absence from the camera. Together Rea and Glynn co-produced Howl of a Good Time with Bill Volland during The Hot Springs Horror Film Festival in October 2014.

And the news and anticipation for this flick keeps on coming as Howl of a Good Time was announced as a “Best Short Film” nominee at the horror convention that opens its doors on Friday, March 20th. Rea’s new film will screen at 1:00PM on Saturday, March 21st and will proceed a special screening of Jennifer Kent’s The Babadook. Other nominees competing for the “Best Short Film” award include A Way Out, He Took His Skin Off for Me, Painkiller, and Victim.

Howl of a Good Time is also Tamara Glynn’s behind-the-scenes debut. She is quoted as saying, “I am honored to be nominated right out of the gate after waiting 26 years to make my return. It’s been well worth the wait! Thank you so much, HorrorHound, for the nomination!” Her full comments can be found exclusively at HorrorSociety.com.

Howl of a Good Time also stars Leslie Easterbrook (The Devil’s Rejects), Renae Geerlings (Rob Zombie’s H2), Michael Leavy (Catch of the Day), and Chris Lazzaro (Jersey Shore Massacre). The film will follow a horror loving young lady as she breaks into an old movie theater to be part of a screening of the fictional flick, “Foaming at the Mouth II.” Quickly she realizes the screening is more than it appears… 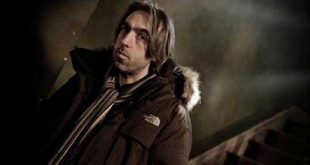