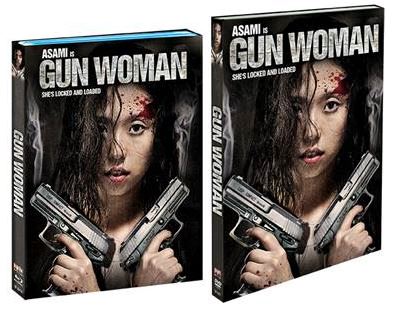 Brace yourself for a mind-blowing thriller that delivers high-octane action, blood-soaked violence and a riveting tale of revenge in equal measure.  From director Kurando Mitsutake, who dazed genre fans with his Samurai Avenger: The Blind Wolf, comes GUN WOMAN, a dark postmodern film-noir starring Japanese gore queen Asami (The Machine Girl, Dead Sushi). Watch crazy meet crazier in this no-holds-barred revenge flick when GUN WOMAN arrives on Blu-ray™ and DVD on May 26, 2015 from SCREAM FACTORY™.

POPULAR OVERSEAS GRINDHOUSE HIT BLASTS ONTO BLU-RAY™ AND DVD FOR THE FIRST TIME IN NORTH AMERICA
OWN IT ON MAY 26, 2015 FROM SCREAM FACTORY™

To preview the trailer for GUN WOMAN, please click:

A brilliant doctor vows revenge on a crazy sadistic killer following the murder of his wife… and devises the perfect assassination plan by turning a young woman into the most lethal assassin the world has ever seen. This outrageous plan will unfold in the killer’s heavily fortified underground lair. The lethal assassin will be placed into a temporal state of death and send into the facility as a dead body… but when she wakes, it is everyone else in the compound who will be deprived of their lives.

But there is one catch. What will she use as a weapon? The staff of the underground facility is armed with weapons that have fingerprint authentication systems so it’s impossible for her to use their weapons. The doctor’s genius plan is to surgically hide the gun parts into the woman’s body, so she can rip off her stitches when she wakes, take out the parts, assemble the gun and become the ultimate Gun Woman. 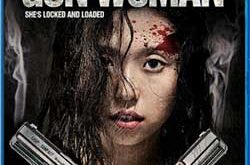