Home | The Killer & I – Web Based Reality Series Set for Release!

The Killer & I – Web Based Reality Series Set for Release! 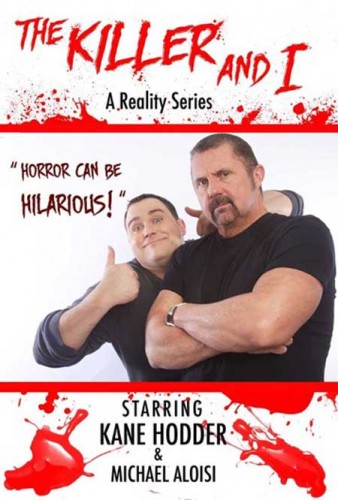 Legendary horror movie star, Kane Hodder (Friday the 13th Part 7-10, Hatchet 1,2) and Author Mike Aloisi (Unmasked, The Killer & I, Tales From a Mortician) are thrilled to release their new reality series, The Killer & I. The show follows the horror industry’s odd couple as they cause havoc while traveling through the United States and Europe.

The show is currently enjoying a successful soft release on DVD with its actual release date being February 13th, or to say it another way… Friday the 13th. Individual episodes will be available on Amazon Video On Demand shortly after.

Based off the hit blog and book series of the same title, fans of Kane and Mike are sure to get a thrill out of seeing the two laugh their way around the globe.

The non-traditional format started out as just two friends, albeit one famous horror star and the other a paranoid writer, traveling the world together. With all the insane things they do, they figure they should be along a friend to video tape their adventures. Before they knew it… they had stuff the world of horror had to see and the Killer & I was born.

Mike explains his relationship with Kane as, “50% torture, 25% humiliation and 25% the best time of my life! Regardless of all the pain and embarrassment, I can’t wait for fans to see our adventures.” For Kane, this is a his first full venture into the world of reality entertainment, “I’m excited for fans to how I am outside of movies and conventions.  I don’t think they will be surprised at how I act… but they will get a kick out of how I torture Mike!”

Join horror legend Kane Hodder (Friday the 13th Part 7-X, Hatchet 1-3) and the author of his biography, Mike Aloisi, aka AuthorMike, in their insane adventures in The Killer & I. With the fitting title of, “Horror’s Odd Couple”, this mismatched duo of a tough stunt man and a Scaredy cat writer are sure to prove that… horror can be hilarious!

Documenting their four-month book tour of Unmasked, the two get into trouble and make fools of themselves (or at least Mike does) on two continents! During their travels Kane convinces Mike shoot a machine gun, drive ATV’s through a desert, get attacked by elk, hand feed lions and tigers, crash Segways, explore ancient castles, experience ghost hunts and much, much more.

Kane and Mike will make you laugh so hard… it’s scary!

Tags The Killer & I