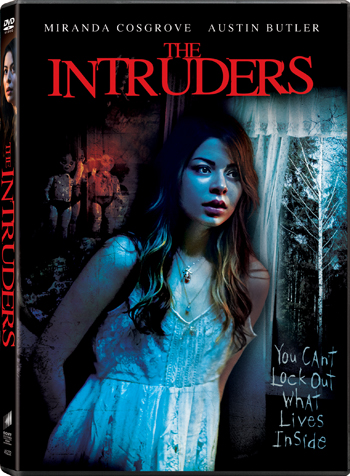 An intense psychological thriller, THE INTRUDERS,  debuts Feb. 24 on DVD and Digital HD from Sony Pictures Home Entertainment. Miranda Cosgrove (“iCarly”), Donal Logue (“Gotham”), Austin Butler (“Arrow”) and Tom Sizemore (Saving Private Ryan) star in this gripping mystery that will keep audiences guessing until the very end.  In THE INTRUDERS, Rose (Cosgrove), a troubled teenager with a history of mental illness, moves into a new home with her father. Soon after, she begins experiencing strange, seemingly supernatural occurrences inside her home leaving her struggling to determine whether it’s the kids in town giving her a hard time, or if it’s all in her head. The film also stars Michael Luckett (The Basement) and Jenessa Grant (“Reign”).

Every town has its secrets, as college student Rose Halshford (Cosgrove) learns when she and her dad (Logue) move into a musty, old house.  When Rose discovers that the previous tenant mysteriously disappeared, leaving her possessions behind, she suspects her unfriendly neighbors know more than they let on.  When Rose reports strange noises coming from inside the house, no one, not even her father believes her, insisting that it’s all in her head.  As Rose’s suspicions grow she begins to fear that she may be the next victim of whatever or whomever has infiltrated her new home.

Directed by Adam Massey from a screenplay by Jason Juravic, THE INTRUDERS was executive produced by Mark Slone with Jeff Sackman and Nicholas D. Tabarrok serving as producers.

THE INTRUDERS has a run time of approximately 92 minutes and is rated PG-13 for some violence, scary images, thematic elements and language 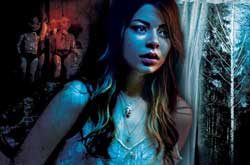