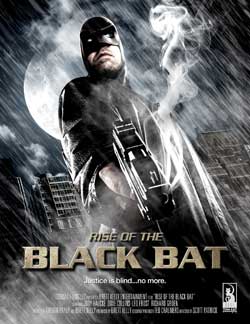 In a City where crime rules supreme, District Attorney Tony Quinn has the scales of justice stacked against him. When a crime boss has Tony blinded by acid, Tony is given the ability to see in the dark like a bat. Tony Quinn takes the guise of the Black Bat to see to it that crime does not pay and that the scales of justice are balanced once more.

Stop me if you’ve heard this one.

In a city being choked by crime, one man decides to stand up for the downtrodden in a way the police cannot. But first he needs to become a symbol. Something elemental. Something terrifying. He’s the hero this city needs. He is… The Black Bat! You know, Black Bat. Based on the popular comic book, The Black Bat. Who did you think we were talking about?

Jody Hauke plays Tony Quinn, a wunderkind District Attorney. A fact we have to take for granted because we never actually see him doing aside from walking down corridors and having acid splashed in his face. Yes, acid. For you see, crime lord Oliver Snate (Leo Frost) doesn’t take kindly to the DA not taking kindly to him being a crime lord. So, he puts a plan in action that ensures Quinn will never see the light of day again, literally. Which brings us back to the acid in the face. But all is not lost, true believers, for coincidently Quinn becomes the guinea pig for a new kind of eye operation. One which gives him the ability to see perfectly in the dark, whilst leaving him utterly useless in the daylight unless he’s wearing shades. Good thing DAs only work at night, right? Oh wait. Well, proving that you can’t keep a good man down, Quinn seeks revenge and becomes the Black Bat. 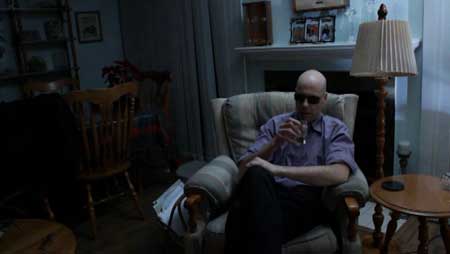 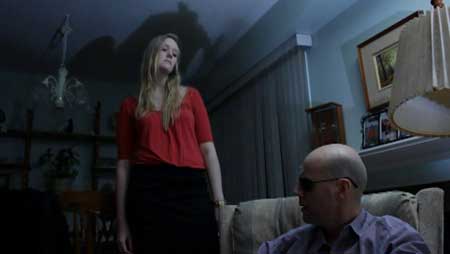 I could use the word ‘derivative’ to describe The Rise of the Black Bat, but then that feels like an understatement. This Canadian mockbuster is clinging onto whatever space is left on the coattails on which the Asylum is sitting. This may very well be based on a comic book that’s called The Black Bat, but just in case you still haven’t worked it out, this is all about the Batman. Heck, even the costume is near identical. The only thing that separates the two caped crusaders is that Batman gave up the guns years ago and doesn’t drive a sedan. 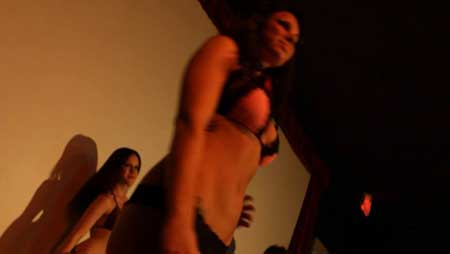 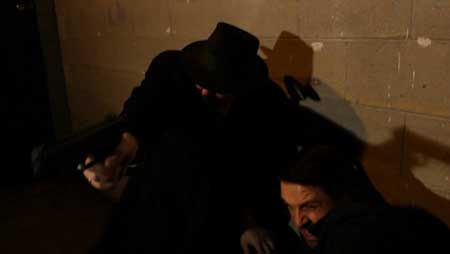 Putting aside the copyright baiting wardrobe, The Rise of the Black Bat is an incredibly dull film. Shockingly so. It’s only 90 minutes, but takes 50 minutes to get Quinn out in the open and taking out the bad guys. And no, the opening scene doesn’t count. Namely because its repeated again in the third act, just in case you wanted to relive the knuckle whitening action a second time round. There is just so much padding. Incredibly, one scene is our fearless dark detective brushing his teeth for two minutes. Admittedly, a superhero that is equally hard on gingivitis as he is on organized crime, is certainly one for the kids to look up to, but I don’t think we need it spelling out. Then there’s the five minutes strip show scene, where Quinn goes undercover as Bradley Cooper in American Hustle to gather information about Snate. The show’s overeager host calls it a ‘lewd and crude’ show. I call it five minutes of bored looking women walking back and forth on a stage in an effort to push this film to the 90-minute mark. 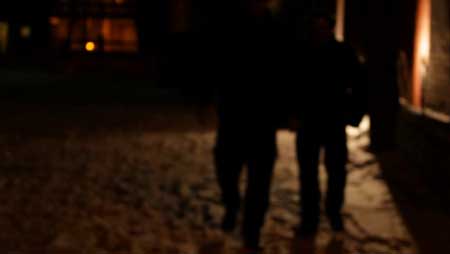 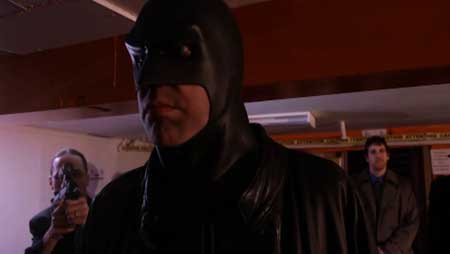 When the Black Bat finally does get round to kicking ass and taking names, we’re treated to some terrible choreography, whilst witnessing his ability to disappear in front of his foes by literally… sidestepping off camera. Everything about this film reeks of not having thought anything out accept how to make a quick buck. Logic be damned. Towards the end, the Black Bat, having caught his man, gloats that there’s enough evidence in the man’s warehouse to have him put away for life, before then blowing up said warehouse.

If you’re an aficionado of mock busters – I personally love the Asylum’s take on Sherlock Holmes – then you may be thinking that despite what I’ve said, this is worth a shot. And to you I say, good luck with that. Don’t say you weren’t warned. 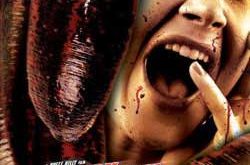