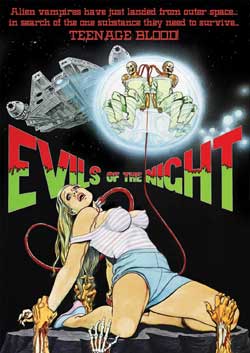 Sex-hungry teens are kidnapped by auto mechanics, who take them to a rural hospital run by aliens who need their blood as the key to their own longevity.

Evils of the Night is a stereotypical 80’s exploitation film in which two auto repair mechanics are bought off by aliens to capture youthful and sexually active adults so that they can be drained of blood to keep the aliens young and healthy.

From the a-typical dialogue to the ham-fisted fake sex this film was made for someone who liked believing that people act and talk this way when having sex and was a fan of the old black and white low budget science fiction films that Mystery Science Theater 3000 would riff on. 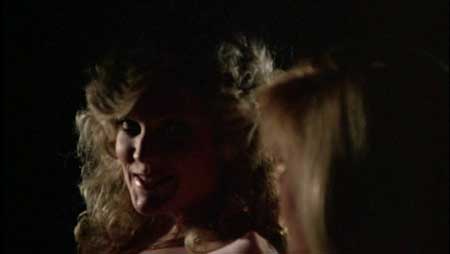 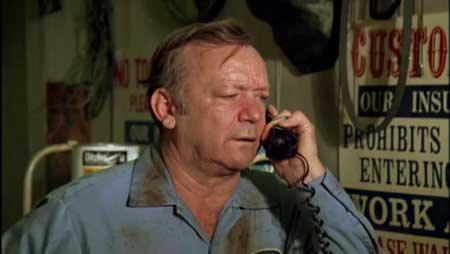 The film starts with two couples having sex when the first two are killed from behind and the other two are captured. This is followed by women in cheap costumes eyeing each other lustfully after the man captured manages to catch a glimpse of three scientists in weirder outfits draining a woman and explaining their evil plot.

The man manages to get so far as outside the hospital before he gets zapped by one of the alien nurses with a cheap laser effect. This gets cut to more young adults and a montage song expressing their young and carefree sexual life. This happens several times and makes scenes that should be tense ridiculous, especially fight scenes.

Ron, played by Keith Fisher, and his fiancé Nancy, played by Karrie Emerson, are camping by a lake with their three friends; Heather played by Bridget Hollowman, Brian played by David Hawk and Connie played by G. T. Taylor. After some goofy campfire talk the young couple get caught by the auto mechanics in the middle of a romantic sexual montage.

Before they get to the hospital Ron comes to and begins a fight in which the winner is the music as it sucker punches to by having no place in that scene whatsoever. While this is happening the aliens are seen transporting blood to their spaceship via jump-cuts. The fight between the two end with two piano keys hitting Ron over the head, or at least it sounds that way though it’s clearly a foam 2×4 plank. 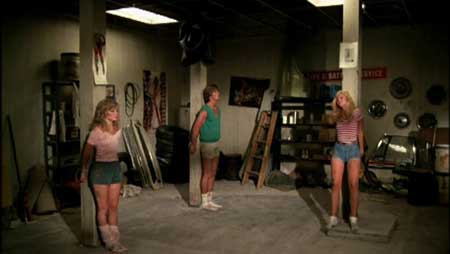 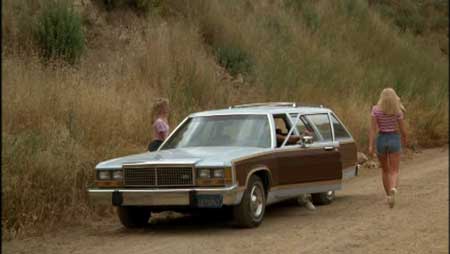 In the morning the three other campers go looking for their friends while the two mechanics are messing around with each other while waiting for orders for their alien overlords. Another summer break song goes on with swimming at the lake when the mechanics decide to take out a customer to meet their quota for young blood.

The aliens tell the mechanics they need more and they apathetically swear they will have more in the future. This cuts to one of the aliens, Cora, played by Tina Louise fighting with Nancy until summoned by Doctors Kozmar and Zama, played by John Carradine and Julie Newmar respectively. They argue about using the auto mechanics for their harvest but settle as before because they can’t risk attention.

The film switches back to Brian trying to get with the other two girls and failing miserably the whole time, giving us more ass-shots and the pleasant sound of these ditzy high-pitched blondes talking about random crap people would in the woods and eating a banana. After a charming jumpscare from Brian the whole lot of them go to sleep and the mechanics show up.

This film continues its musical slant with almost every action in the night getting a sound track while one of the mechanics steals the car with both girls in the trunk. Obviously the two girls wake up and despite having the advantage cannot manage to knock out or beat senseless a man who is driving because they are less women and more sex objects in this film.

Connie and Heather get away temporarily but Connie just gets caught again without it contributing anything whatsoever, even in the exploitation factor. Heather begins knocking on doors and ends up finding one of the alien scientists, the only interesting twist the film actually has. 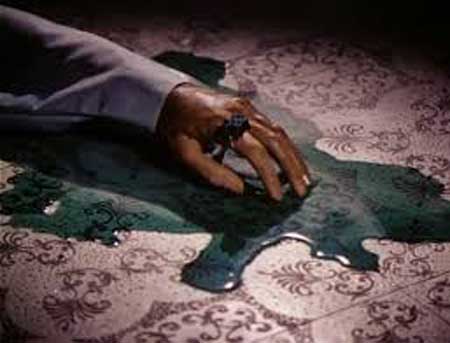 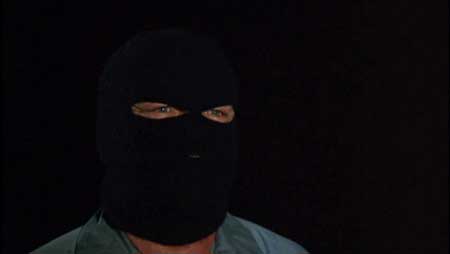 Of course shortly after Brian finds himself with another alien scientist and is caught as well. Reunited, they freak out for a bit and we cut back to the aliens who talk more about the procedure they use to get the blood platelets they need to be young and if the patient is unhealthy or old then they die before they can get the platelets.

Once more we see a person attempt escape, this time being Nancy. She weaves in and out of the rooms until she finds the morgue and stops short. This is intercut with one of the mechanics molesting Connie when Brain distracts him and Connie grabs something to beat him with s to run. It’s a padding scene to show a woman be weak while a man comes for her. Eventually the mechanic takes a powerdrill and kills Connie, building tension as he comes at Brian right after.

The mechanic stops because of the aliens calling to check in, he assures them and then disposes of Connie. At the same time Nancy finds Ron dead in the morgue and covers him up before making another attempt at freedom. All these cuts pad the film but give some characters time to be characters instead of bad film tropes.

The aliens inform the other mechanic that the aliens are done and leaving, and will pay double for any more bodies they get before dawn. The second time around in the exact same time killing nonsense that leads to the mechanic doing the same thing he did with Connie to Heather, where Heather gets a weapon and beats the mechanic so she can try to help Brian, run away, not get away and then someone dies, except this time Heather ties the mechanic’s shoes under the car lift and crushes him with a car.

Heather being intelligent waits right next to the garage to scream for help instead of leaving which causes her to get beat on by the remaining mechanic. Nancy comes from behind after hitching a ride on the mechanics truck and shoots air into his ear. Both clumsily and slowly run around outside until the mechanic gets the upper hand and attacks with an axe.

The climax comes with the mechanic close behind when other aliens land the last of the remaining alien scientists move to escape. The mechanic chases Nancy to a metal shed he hacks at while Brian looks constipated trying to break free. The mechanic gets to Nancy first but Brian breaks his bonds while the last mechanic mourns his friend.

Brian comes in, fights the mechanic and before the mechanic can off Brian the aliens kill the mechanic while escaping to cover their tracks. Brian and Heather embrace each other and leave in the truck while the aliens do the same, ending the film.