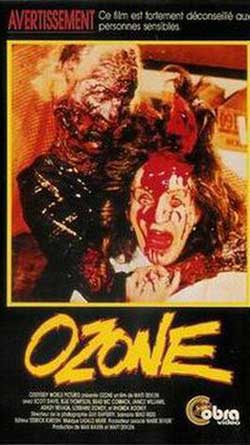 A hole in the Ozone layer turns some rednecks into flesh-eating mutants.

If you really think about it (and I know you want to), it’s kind of surprising that with the recent cash-in on everything zombie, we haven’t seen much from the mutant/mutation sub-genre. Really, they’re the same type of movie, a horde of transformed ex-humans on the loose, sometimes changing with little to no warning. While with zombies you only have a couple choices (how did it happen, fast or slow?), with mutants the creative doors really open up. In 1986, director Matt Devlen (best known for writing the Adam Rifkin directed The Invisible Maniac) decided to not only go the route of the mutations-as-enemy, but to also add in a (slight) environmental message, and so created Ozone! Attack of the Redneck Mutants. 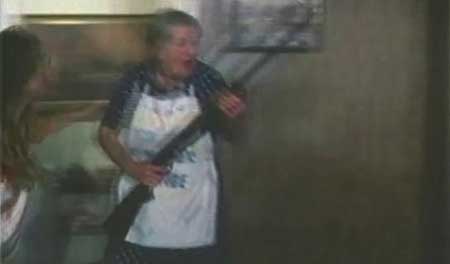 This movie will draw a lot of comments along the lines of “obvious homage to Herschell Gordon Lewis,” and it pretty much deserves them. In fact, on the cover is a blurb from HGL himself (also on the misleading cover are two “redneck mutants” looking very Road Warrior-like, as well as a partially clad blonde model who does not appear in the movie). But just because something pays homage to something does not indicate that it reaches that something’s level. And here is where I tell you that I’ve met Herschell Gordon Lewis, and Matt Devlen is no Herschell Gordon Lewis. But he gives it a shot, and while it might be lacking in quite a few areas, overall Ozone! is not a waste of your time. 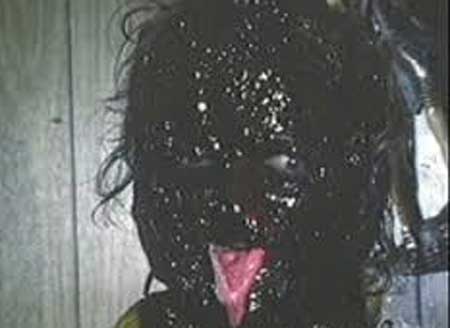 As a result of a chemical plant leak, a hole has begun to grow in the ozone layer, letting in harmful rays that can mutate people (and animals, it seems) into disgusting, puking, crumbling, bloody beasts with a taste for human flesh. Young environmental student Arlene (played by Blue Thompson) is doing research to find out what is happening and how it can be stopped. This, by the way, is pretty much the extent of the environmental message of the movie. She is driving to a small town to collect samples when who should pop out of her trunk but Kevin (Scott Davis), a rich kid she can’t stand (and one who may not be exactly who he says he is). But once they get to the town, she’s going to realize that she has a lot more to worry about than an annoying tagalong. 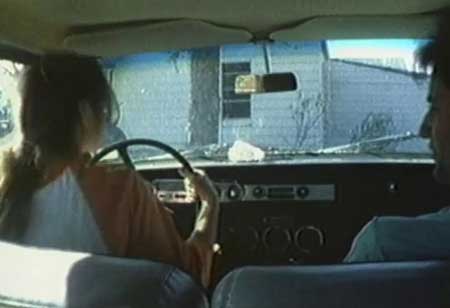 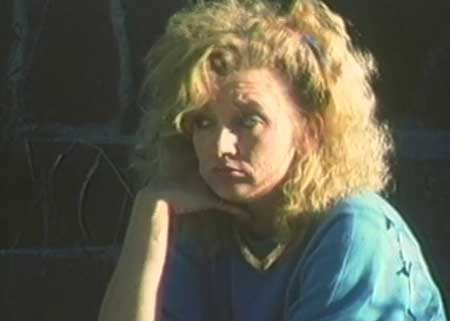 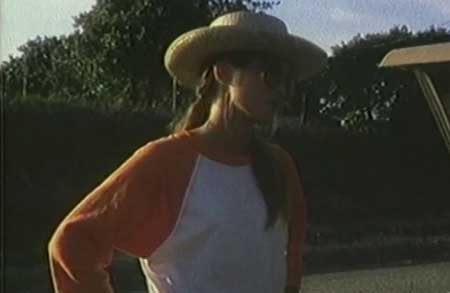 So, we know where the Ozone! part of the title comes from; now on to the Attack of the Redneck Mutants part. In whatever small, presumably southern city that Arlene is on her way to investigate, people are beginning to fall ill. It starts with a cough, then a nasty skin rash, and next thing you know you’re puking up green slime and your skin is falling off, and despite the unappetizing gurgles coming from your throat, you have developed a strong taste for flesh. The initial transformations (or, mutations, if you will) of some of the random people are definitely the high points of this movie. This is very low budget, but these are pretty well done, and pretty darn nasty, too. Lots of blood, lots of vomit, lots of fun. 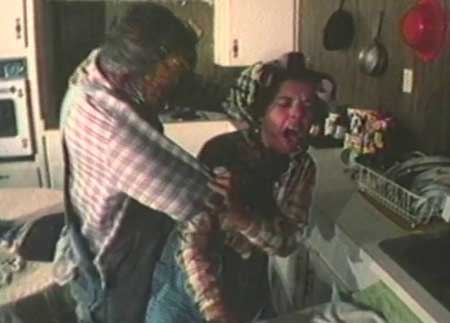 Unfortunately, where the movie goes bad is, ironically, the same place where Troma’s Redneck Zombies goes bad: too much filler. We have long scenes of random things (a wife doing the dishes, an old woman kneading dough, a young girl getting ready to go out) that just don’t matter to the story and really border on taking the viewer completely out of the story. There are a couple things here and there that manage to grab our attention back, but for the most part the “attack” of the mutants is limited to the very end of the movie, and for many that might be too late. Editing would have made Ozone! a significantly shorter movie, but it also would have made it a lot tighter.

Aside from that, there is a bunch of fun to be had. The acting is low-budget quality, but not horrible. There’s lots of toilet humor and gross sound effects to keep the immature at heart giggling a bit. Like I said before, some of the blood and gore scenes are quite well done, one of them being quite reminiscent to (and 16 years before) a big part of Eli Roth’s Cabin Fever (people stuck in a car, someone attacking it, puking on it, bleeding on it, etc). There’s a bunch of good to go along with a handful of bad, but this is the type of movie I’m happy to support; low budget and done by people who you can tell love what they do. What Ozone! Attack of the Redneck Mutants lacks in quality, it more than makes up for in heart and determination. 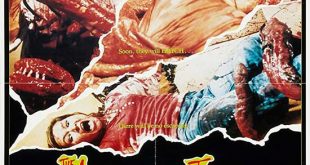